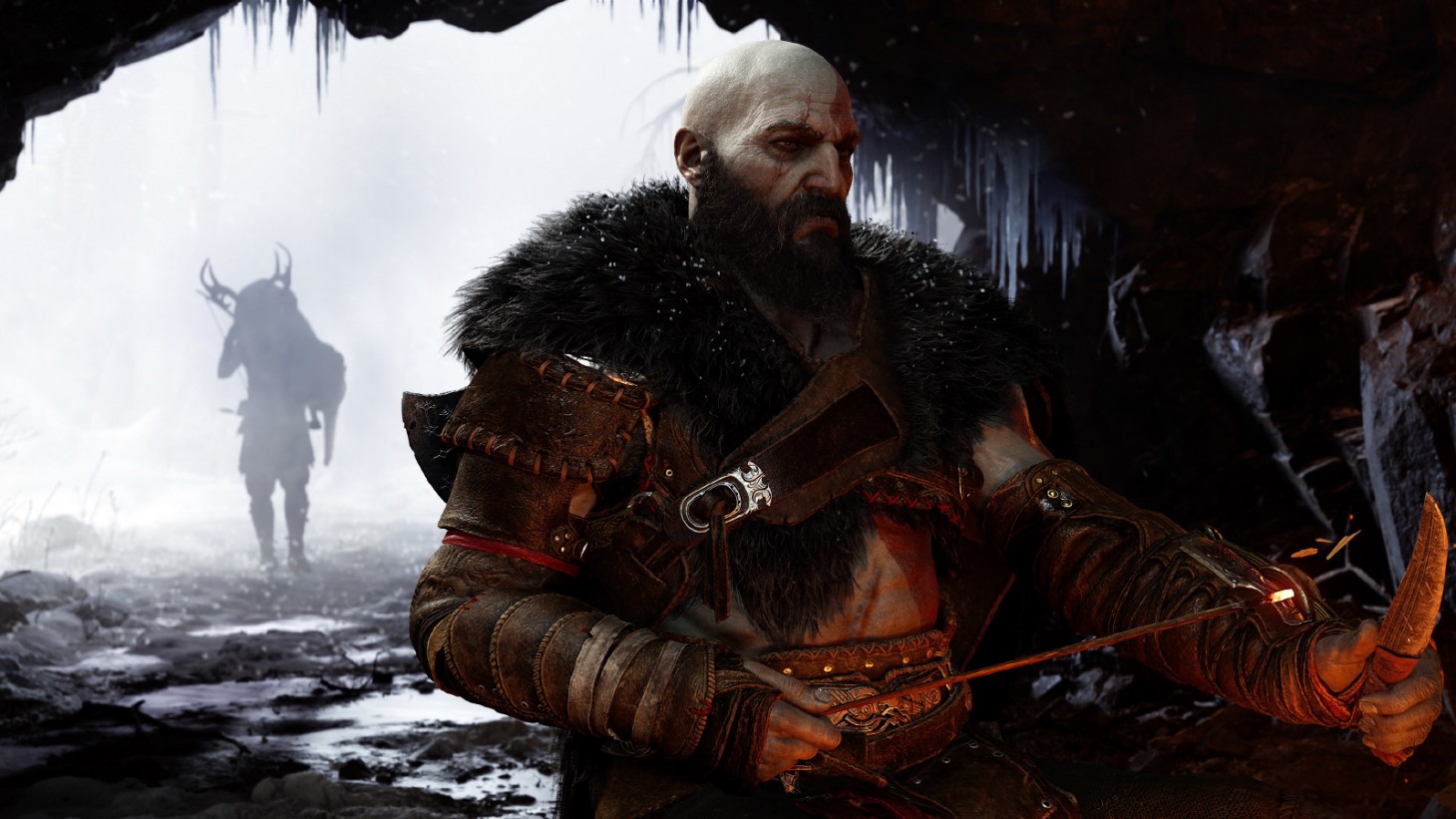 None other than God of War Ragnorok could headline a stunner of a showcase like today’s stream from the Playstation brand. Both Kratos and his son Atreus return for the sequel, as well as a few other faces from the previous game. Well, one of them is only a face.

Atreus is worried about Fimbulwinter leading into the prophesized Ragnarok, but he wants to explore the world and learn more about who he and Loki are – those who have finished 2018's God of War will know what he’s talking about. Kratos warns him about his curiosity leading to a war with Asgard and the gods themselves, a situation he’s all too familiar with.

Environments are snowy like some earlier areas in the prequel. At one point Kratos and Atreus are shown dogsledding over a frozen lake, which looks like it may be the hub area Kratos had previously explored. Mimir, the decapitated travel companion of the duo is once again attached to Kratos’ hip, and I’m very happy to see him back in the cast.

A new addition, though heavily hinted at in God of War is the, um… God of War from the Norse Mythology, Tyr. We also get a quick shot of Thor confronting Kratos and Atreus, asking if Kratos is a calm and reasonable person, which is hilarious. There’s also a glimpse at a new character at the end of the trailer, a younger woman who promises answers to some of an offscreen character’s questions.

Kratos’ arsenal is shown off in some in-game battles. His trusty blades of chaos return, and have a grappling hook mechanic while traversing the world. Also on hand in battle are the shield and the incredibly versatile Leviathan Axe from the prior adventure.

God of War Ragnarok is set to hit PlayStation 5 and PlayStation 4 sometime in the future, but no date was given with this new trailer. In the meantime, if you have a PS5, go play God of War 2018 with the next gen patch. It's worth taking that journey up the mountain again. I promise.

How does Kratos and his growing son look to be shaping up in the new trailer? Who are you excited to see return and debut in Ragnorok? And who do you think is voicing Thor? We’re not sure yet, but I know you have some great thoughts to share in the comments.