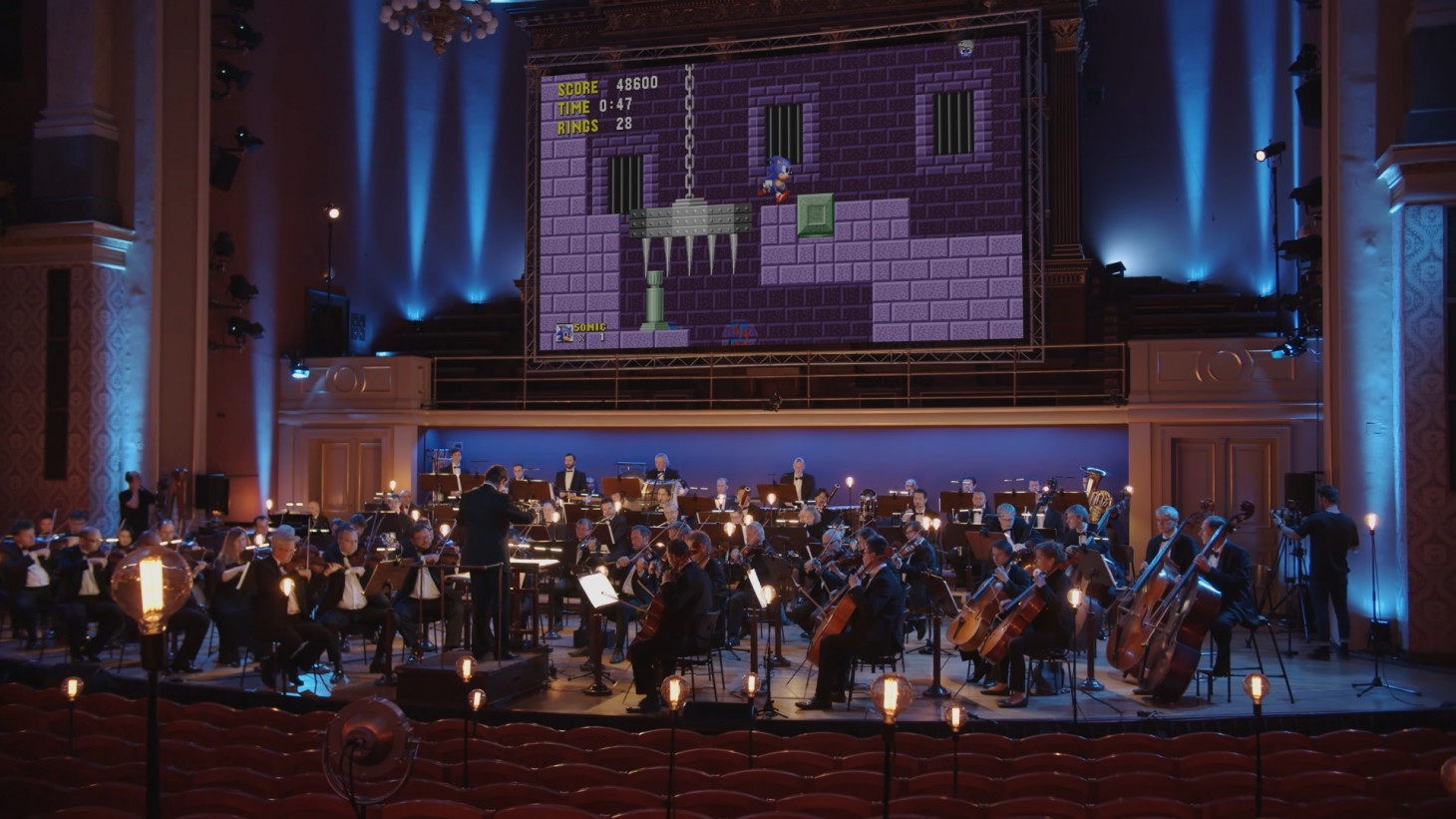 Today is the Sonic the Hedgehog's 30th birthday, and to celebrate, Sega unveiled a bunch of new games as part of its Sonic Central stream. During that stream, Sega also gave fans news that on Sonic's actual anniversary date, June 23, 2021, it would be holding a special Symphony livestream featuring music that spans all three decades of the franchise's existence.

The stream just ended, but you can view the archived version of the concert below. In the stream, you'll find everything from an orchestra performing Sonic's most classic and recognizable hits from the early days of the series all the way up to rock group Crush 40 performing big hits like the Sonic Heroes theme song and "Live and Learn" from Sonic Adventure 2. If you have any affection for the Sonic the Hedgehog franchise and its music, this is a terrific celebration of one of its most consistently excellent elements.

You can check out the archived stream from Sega and the official Sonic the Hedgehog YouTube channel below:

Sonic the Hedgehog's 30th-anniversary celebration kicked off last year with the announcement of a 30th-anniversary logo and special merchandise. After that, the news went fairly dry up until last month's Sonic Central stream, which brought news of a Sonic Colors remaster, an upcoming retro collection called Sonic Origins, and a teaser trailer of the next Sonic Team game.

For more on the 30th anniversary of the Sonic the Hedgehog franchise, check out our interview with the head of Sonic Team Takashi Iizuka for his thoughts on the past, present, and future of the Blue Blur here. For more on the history of the franchise, head to our feature about the franchise's rise to prominence and subsequent fall from grace here, our feature about why Sonic 2 is so important to the franchise here, or how Sonic made the leap to not only launching on Nintendo platforms, but also appearing in games alongside his once-bitter rival, Mario here.