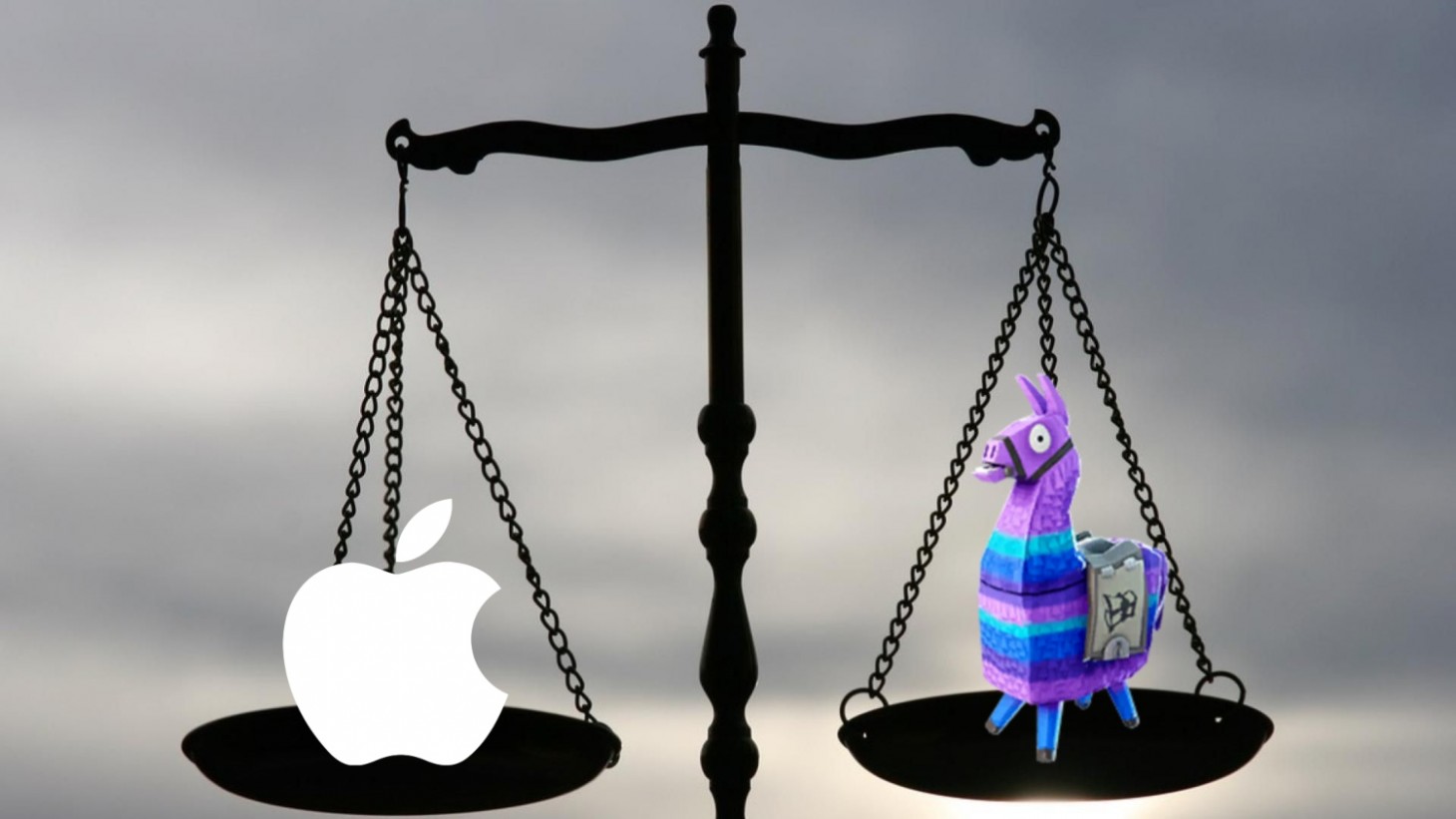 Back in August 2020, Epic Games ignited the fires for a legal battle that would be one for the edges. When Epic Games circumvented iOS storefront policies for in-app purchases by sneaking in a hotfix that cuts out Apple's 30% fee and allows players to purchase directly from Epic instead, the tech giant responded by immediately delisting Fortnite from its storefront. The company also revoked access to developer accounts through Apple, though that has later been reinstated by the court. Epic responded with a 1984-inspired Free Fortnite campaign, which evolved in a document-off between the two corporations. The trial officially kicked off on May 3, 2021. This is the recap of what's happened so far as we go into day four of the Epic Games vs. Apple lawsuit.

The gaming industry is known for its secrets: embargoes, first-party deals, rights to certain crossovers. The court presiding over this case wasn't quite prepared for how much those secrets are to be protected, resulting in a lot of private information suddenly being made public. Before continuing on, check out our previous coverage here for the first two days:

The proceedings have also revealed what Epic Games Store pays in order to have free games offered each month, with CEO Tim Sweeney citing that the company has yet to turn a profit from its storefront. In court documentation, it was revealed that Epic Games has paid out over $11.6 million between December 2018 and September 2019 to offer free games to users.

When Sweeney took to the stand, he confessed to the court that Epic is expected to see a loss amounting to over $719 million by 2027 with an estimated earnings of just over $5 million in that same year. To show the status of profit regarding Epic Games, Apple is building its case that a 12% commission that Epic has over the 30% that Apple asks for is not sustainable.

“If I’m trying to bring a new user to the Epic Game Store through Google or Facebook advertising, it costs about $5 per user,” Sweeney said, as documented by The Washington Post. “And it sucks because when Facebook sells an ad on a creator’s, on someone’s Facebook page, Facebook gets all the money and the creator gets nothing.”

Are all gaming consoles operating under a monopoly?

Microsoft also came into the equation when the question was posed as to whether or not the iPhone is more likened to an Xbox or a PC, effectively pivoting to the conversation as to whether or not all big gaming consoles are also in violation of antitrust laws if that's the case against Apple. Apple's defense went on the offense against the gaming community, citing that if Epic should win this legal battle, that would bode ill for other gaming companies as well, including Xbox and Valve. The latter is already under legal scrutiny by Humble Games, and Sony Interactive Entertainment is also being hit with its own lawsuit regarding digital restrictions. You can learn more about this defense strategy here.

PlayStation also previously came under fire when details about how resistant Sony was to crossplay for Fortnite came to light, showing that the company saw no value in allowing players to team up regardless of platform.

The Epic Games defense cited that fortnite has made over $9 billion in revenue in the game's first two years with over 400 million registered users to this date. This is also a part of Apple's defense as well, citing that Fortnite's popularity in this space has not been dimmed by its restriction from the iOS and Google Play storefronts.

In a sort of comedic turn, a 2015 email revealed that Apple CEO Tim Cook had no idea who Epic's Tim Sweeney was when the former forwarded an email from the latter saying, "Is this the guy that was at one of our rehearsals?" Some think that this was a deliberate belittlment of Sweeney given that he, and Epic, have been closely tied to Apple by this point via various launch events.

A court document reveals that Apple tried to dissuade Netflix from halting the App Store's in-app payment system. It was at that time that Netflix ceased offering subscription options through its app, instead offering a direct line of purchase (much like Epic Games did), bypassing Apple's 30% cut.

More court documentation shows emails between Sweeney and Xbox's Phil Spencer in 2020, showing that Xbox isn't opposed to bringing its services over onto Nintendo and PlayStation ecosystems. This includes the ever-growing xCloud gaming from Xbox, which aims to allow players to play their favorite games flawlessly on iOS and Android devices, as well as PC, through Cloud streaming. The email shows that Xbox isn't adverse to bringing this service over onto PlayStation and Nintendo systems to make gaming more accessible to everyone.

Previous talks also included removing the subscription requirement to play games online on Xbox, which has since been removed, making it free for players to play with friends concerning online games.

There is more happening as the trial continues today. To listen in for yourself right alongside us, you can learn how to do just that here.