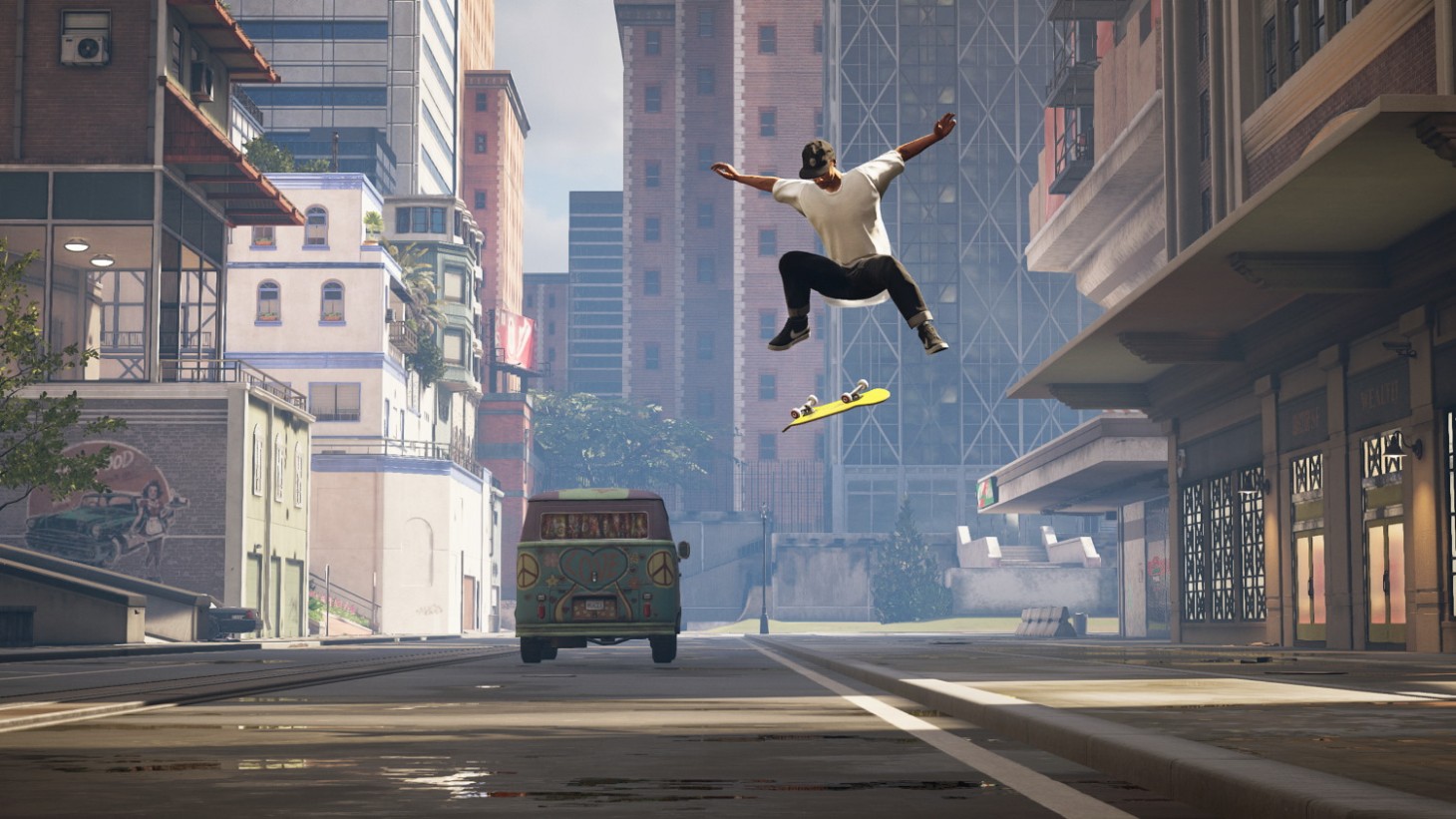 Update: Activision has announced that Tony Hawk's Pro Skater 1 + 2 is coming to PlayStation 5, Xbox Series X/S, and Switch. You can learn more here.

Now, various prominent Twitter accounts seem to be teasing a possible Switch version of the well-liked, remade skating titles. It all started about 45 minutes ago when the man himself, Tony Hawk, tweeted, "Just heard #Crash4 is coming to new platforms and I'm kinda jealous. Hey @CrashBandicoot can you hook @TonyHawkGame up?"

In that tweet, Hawk is referencing the fact that Crash Bandicoot 4: It's About Time is coming to PlayStation 5, Xbox Series X/S, and Switch on March 12 after launching on PlayStation 4 and Xbox One last October. Similarly, Tony Hawk's Pro Skater 1 + 2 released last fall on PlayStation 4, Xbox One, and PC, but we have not yet heard any confirmation of a Switch title or a new-gen release. The remakes are currently playable on PS5 and Xbox Series X/S through backward compatibility. Given the hashtag and the official @-mentions, it certainly seems like a coordinated marketing effort. Then the publisher and platform-holder accounts got involved.

Shortly after Hawk's tweet, Activision, the publisher of the Tony Hawk's Pro Skater games, responded to the skating legend's tweet with the "shifty eyes" emoji before retweeting the tweet directly onto the publisher's main timeline. Then, the official Nintendo of America account retweeted Hawk's tweet with that same emoji, further hinting that an announcement seems imminent.

While Nintendo getting involved doesn't necessarily mean anything (the gaming giant retweeted Sony's announcement of MLB The Show going multiplatform, and this year's game is just coming to PS5, Xbox Series X/S, PS4, and Xbox One), it all happened so fast that it sure feels like an announcement involving Nintendo and Tony Hawk's Pro Skater 1 + 2 is imminent. It should be noted that Crash Bandicoot 4: It's About Time is coming to PlayStation 5 and Xbox Series X/S in addition to Switch next month, but neither the PlayStation or Xbox Twitter accounts have interacted with Hawk's tweet as of this writing.

We reached out to Activision PR for comment on the story but did not immediately receive a response. We will update this story if the publisher responds.

For more on Tony Hawk's Pro Skater 1 + 2, check out our review. To see the game in action and hear more thoughts on why this is exactly the release fans of the series have been waiting for, check out our discussion on the game.