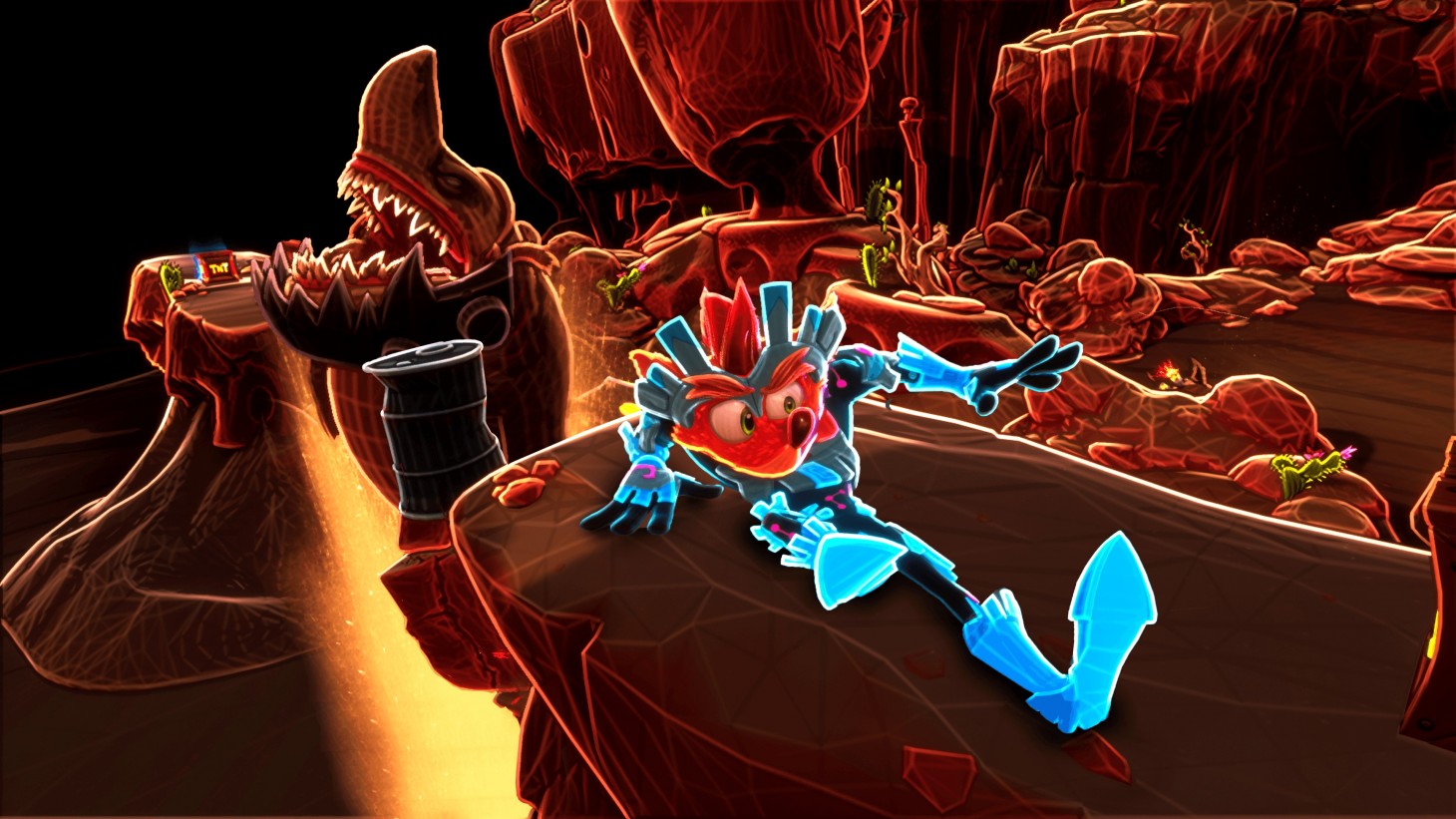 Crash Bandicoot 4: It's About Time Jumps To New-Gen Consoles and Switch In March, PC Later This Year

Crash Bandicoot 4: It’s About Time proved the former mascot still had plenty left in the tank, and more players can see just how much when the game comes to Playstation 5, Xbox Series X/S, and Switch on March 12. It will then come to PC (via Battle.net) later this year. The expansion to new platforms serves as a celebration of the series' 25th anniversary this year.

The PS5 and Xbox Series X versions improve the game with shorter load times, 4K visuals, and 60 fps performance. Best of all, players who own the last-gen console versions are entitled to a free upgrade (except in Japan), and they can also transfer their save data. The PS5 version makes use of the DualSense’s adaptive triggers, creating enhanced feedback when using Tawna’s hookshot or Neo Cortex’s blaster.

Crash Bandicoot 4 launched last October and serves as a direct sequel to Crash Bandicoot: Warped. The game returns to the tried-and-true platforming that catapulted the series to stardom in the '90s, but with a modern polish and suite of new mask powers, such as the ability to invert levels and phase objects in and out of existence. With fun platforming, a challenging, old-school difficulty, and catchy soundtrack, Crash Bandicoot 4 shaped up to be one heck of a comeback. You can watch us take it for a spin (pun shamelessly intended) in this episode of New Gameplay Today.

If you’re looking to jump on the nostalgia train this March, you can pick up Crash Bandicoot 4: It’s About Time on PS5/Xbox Series X/S for $59.99 or pre-order the Switch and PC version for $39.99. Activision plans to share more info on the PC version at a later date, and says it has other festivities in store to celebrate Crash’s silver anniversary throughout the year.