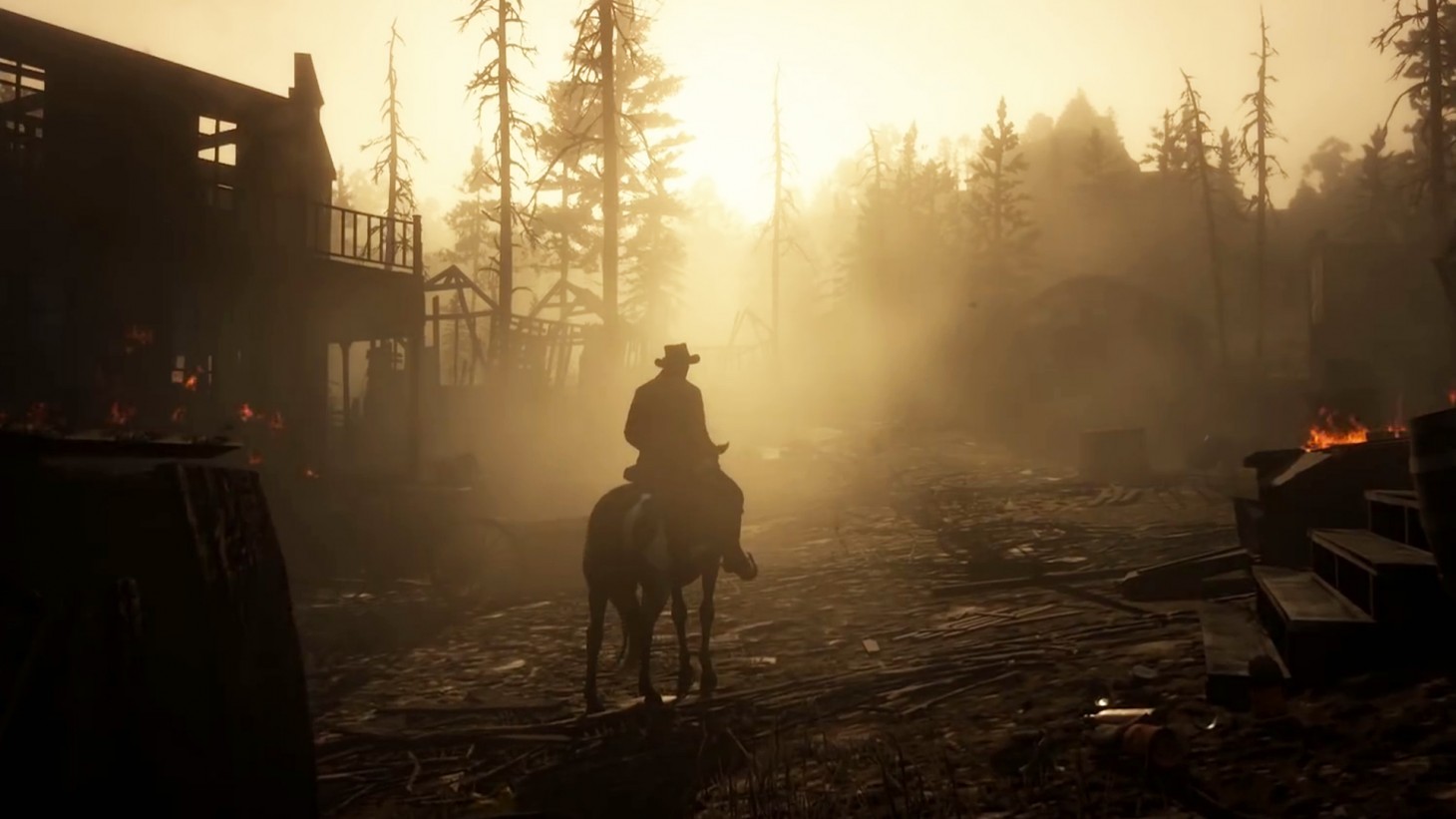 Five Features We'd Like To See In Red Dead Online

Red Dead Redemption II garnered critical acclaim for virtually every aspect of its single-player mode. The game’s explorable sandbox has myriad optional activities including deep hunting mechanics, a sizeable list of stranger missions that expand lore, an honor meter with in-game ramifications, and tons of interesting secrets scattered throughout its open-world.

In Red Dead Online (RDO), however, many of these expansive pastimes are absent. After customizing an eerily silent avatar, players load into a less dynamic version of the open world they explored as Arthur Morgan. Despite these frustrations, Rockstar made sure to tag RDO as a beta in order to tweak technical issues based on community responses. It will likely be some time before substantial updates are integrated.

GTA Online (GTAO), Rockstar’s previous foray into multiplayer gameplay, also started slowly, but steadily built up the experience via a multitude of large-scale updates and cooperative expansions – which has kept players satisfied for years. We know Rockstar plans to do the same with RDO, so here are five features we want implemented in future content drops.

Making a profit from honest labor, stockpiling said monies, and purchasing a satisfying dwelling is the American dream, isn’t it? Hell, if John Marston could create a respectable life for himself amid the vicious wilderness of West Elizabeth, why can’t we?

In RDO, currency is already an increasingly difficult resource to earn, and, unfortunately, there aren’t many enticing assets to save for. Living among the wonders of mother nature in a shoddy tent has a weird charm to it, but a lodge with sturdy walls and swept floorboards is the better alternative. In our ideal multiplayer world, players could purchase a plot of land and one of several house blueprints from Cakes Hardwood and Timber in Blackwater (just like you did in the campaign). From there, they could either build it themselves with harvested resources or have it constructed for a suitable price. Finally, with a new catalog section they’d be able to furnish the empty rooms to their heart’s content!

Allowing players to create a sustainable ranch with a plethora of mini-activities like feeding livestock, harvesting chicken eggs, and transporting hay bales (similar to the duties players undertake during the campaign epilogue) could provide a relaxing experience for those looking to put down their pistols and live honest, hardworking lives.

You knew this was coming. The definitive GTAO experience isn’t available in RDO. This is particularly frustrating because GTA V is chock-full of legendary heists; you would think that RDO would’ve dropped with at least one. Ultimately, we’d love to partake in exhilarating train and bank robberies like the ones the Van der Linde Gang conduct. Moreover, NPC hold-up options are missing, which is an odd design choice, seeing as how this mechanic is a core part of A.I. interaction in story mode gameplay.

For those who prefer the structure of civilization (and a high honor meter), Rockstar could release an update focused on becoming lawmen, bringing peace and order to the American frontier. Unique rewards for those who don the sheriff’s badge could include exclusive outfits or weapon attachments. The addition of NPC outlaws with posses to hunt down would help pad out the experience as well.

Rockstar had plans to add stock markets to GTAO, notably, the BAWSAQ, which players would have actively participated in. The mechanic wouldn’t translate very well to a Wild West setting, but why not let people own or invest in local establishments, like popular saloons or general stores, instead? What about constructing and taxing settlements? Better yet, imagine all the neat clothing that could be designed by players and sold for various prices in the product catalogue!

While GTA pushes the criminality of its metropolises to the forefront of immersion, the RDR experience is about outlaws trying to escape that lifestyle. In line with land ownership, there should be opportunities to live out Western fantasies nonviolently. People who enjoy the tranquility of hunting and fishing could set up fur trading and taxidermy businesses. Miners or gold prospectors could craft accessories or neat weaponry. And what about those of you that want to live as old fashioned cowboys? Rockstar could create a gameplay loop around exploring the open-world, finding rare mares to break, and selling them to bustling stables or bartering with other players in need of speedy mounts.

As of right now, RDO only has 10 main quests, and none of them have the same set-piece action of the primary campaign. Mr. Horley vaguely hints at future expansions as you wrap up the final mission, so we hope Rockstar’s multiplayer storytelling continues in the near future.

Two chapters (like in the campaign) would suffice and could build upon unrevealed moments in the franchise. Wouldn’t it be cool to ride with Javier Escuella after the Van der Linde Gang’s disbandment, or have multiple run-ins with Micah Bell? Rockstar constantly mentions that it wants players to immerse themselves in its multiplayer world, and what better way to do that than integrating a series of fresh, compelling narratives?

There’s a savage group of outlaws that patrol the windy deserts east of Tumbleweed, and every time I enter their territory, they riddle me with bullets. I mean, I’m just peaceably exercising my right to collect exotic fish and animals. One time, while trying to escape on horseback, they gunned me down in the streets of some lawless shantytown. I returned with my posse and, even then, we stood no chance. Eventually, I gave up and migrated north to the mainland.

Rockstar is steadily incorporating an ambitious Hostility System to counteract griefing issues, but private matchmaking or a pacifist mode (which existed in GTAO) would do a better job at quelling frustrations. You could argue that solitary players should stick to the game’s campaign, but a more intimate adventure for friends queuing in duos, trios, or even as a full four-person squad breeds a less disruptive co-op experience.

While we all wait for future RDO news, study up on these 50 Micro-tips to help you survive the multiplayer worldscape. Also, be sure to check out the Five Ways That Rockstar Has Changed The Video Game Industry.