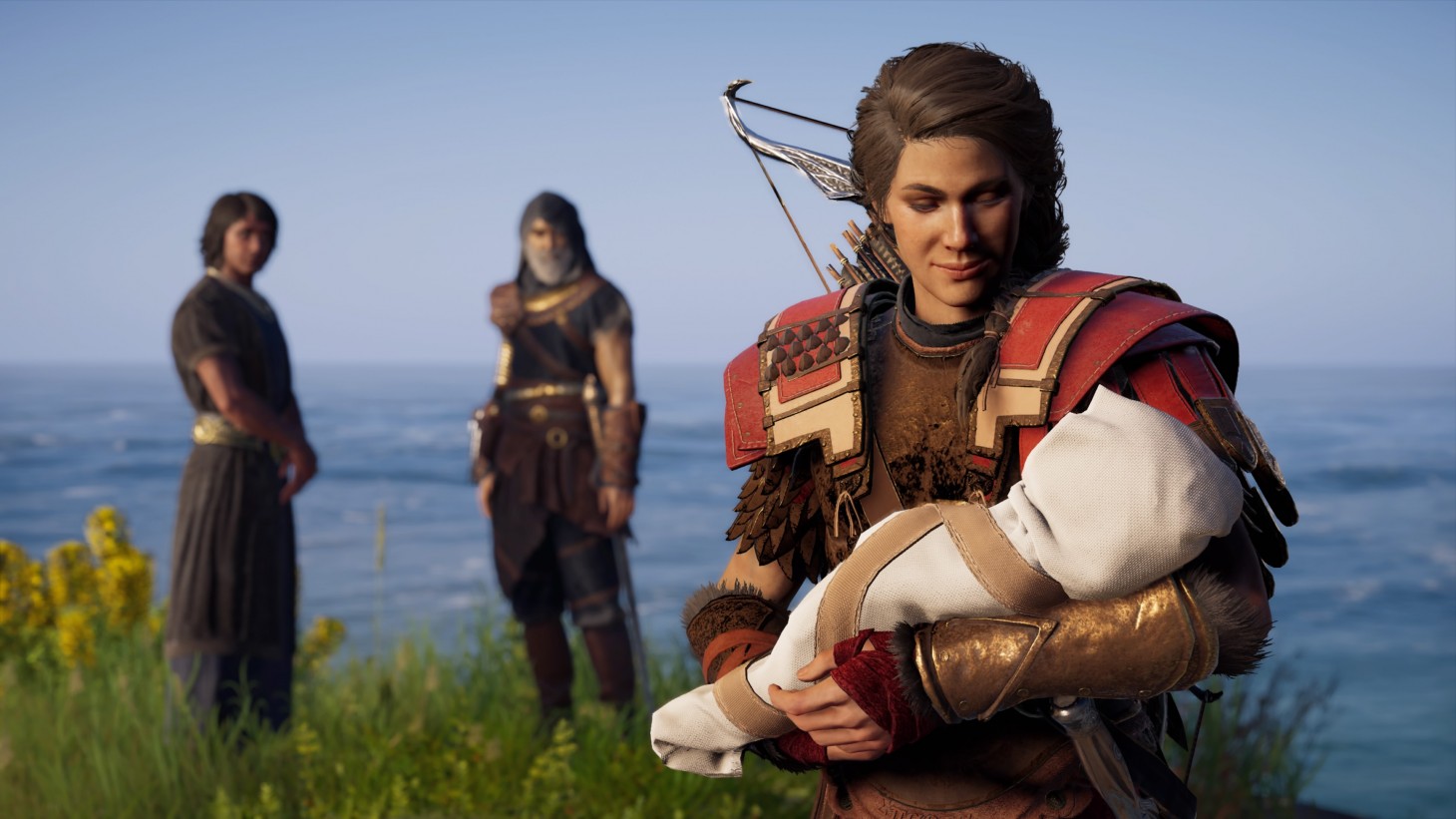 Now that the third and final episode of Legacy of the First Blade has released, players finally have a complete picture of this expanded content and what it adds to the main story. Instead of shrugging my shoulders and saying “We’ll see how it turns out,” I can now offer some conclusive thoughts on the ups and downs of the DLC.

I’ve written about episodes one and two separately, but these are the eight major points that define the arc as a whole for me.

1. Episode three continues the trend.
Entitled “Bloodline,” the third episode follows same formula as the previous two. You get confronted by a problem, then need to complete three separate tasks before tackling that issue in earnest, all while also hunting members of a shadowy order. It also picks up where the story left off, so it doubles down on the whole “Kassandra/Alexios as a parent” thing, which may or may not be a problem for you depending on your feelings about the second episode. Events play out predictably, but there is a cool reference to a later AC game at the end. 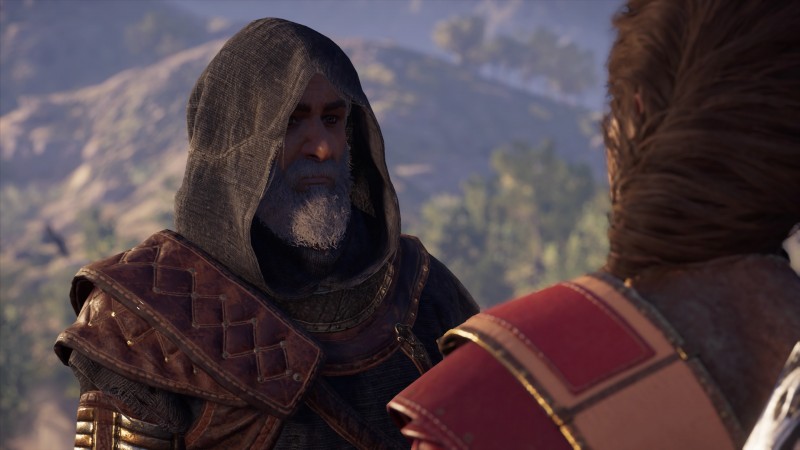 2. This whole story is important.
The narrative significance of downloadable content is often negligible in other games, because studios run the risk of the base experience feeling incomplete if important revelations are withheld for optional content that costs extra money. That’s a tricky situation; studios want players to feel like they have a complete experience out of the box, but they also want players to feel like buying DLC is worthwhile. Ubisoft leans toward the second half of that equation with Legacy of the First Blade. If you care about the ongoing saga of Kassandra and Alexios and their bloodline, then there’s stuff you absolutely need to see here.

3. This whole story is disappointing.
The story may be important, but it isn’t consistently good. Pivotal relationships feel rushed, motivations are unclear, and the villains don’t have enough time to develop any real menace. Obviously, most of that is a consequence of the episodic format of this tale, but it ends up feeling like three abbreviated, mini-chunks of Assassin’s Creed Odyssey, rather than a story that grows and evolves from beginning to end.

4. It’s more Odyssey, and that's okay.
Some people might toss this point out as a criticism, but I don’t think it’s necessarily a bad thing. Assassin’s Creed Odyssey has fun gameplay loops and the combat is a blast; this DLC gives you more chances to interact with all of that, so I can’t exactly complain. However, the big missed opportunity here is to do something novel. The base game already has tons of fort-infiltration, camp-clearing, and cultist-hunting. Instead of doing all of that over again, it would have been nice to have more varied tasks that didn’t feel like the same stuff you’ve already been doing for 70 hours. 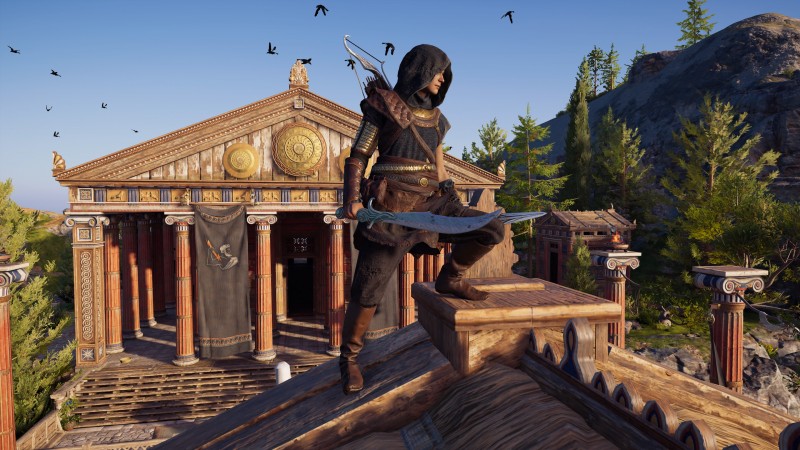 5. New abilities and gear are hit-and-miss.
Assassin’s Creed Odyssey came out in October – that’s five months ago. I know some people are just starting, and that people play at different paces… but as someone who got through all of the game’s major content in a few weeks, I was hoping that the gear and abilities in the DLC would do more to raise the ceiling in terms of high-level play. Instead, a lot of the new skills and legendary rewards are pretty unremarkable. By far the most valuable mechanical addition to the game is in episode three: It’s a powerful melee attack that does good damage and generates three bars of adrenaline. I also liked chaining an extra rush assassination. But beyond that, the disappearing bodies, rapid-fire arrows, and the new legendary enchantments just aren’t very cool. The dullness of these rewards is especially disappointing when you compare them to the interesting and unique horse skins, armor sets, and ship lieutenants available for purchase (for real money) in the store.

6. Time to go somewhere new.
By the end of the third episode, I feel done with the current map of Ancient Greece. To be clear: That map is huge, so I don’t think it was a mistake to use existing areas as the settings for the chapters in Legacy of the First Blade. But that landscape is tapped now, and by the end of episode three, I could really use a change of scenery and environments that feel distinct. Thankfully, it seems like the upcoming second DLC arc (titled “The Fate of Atlantis”) lets us explore some unfamiliar territory. 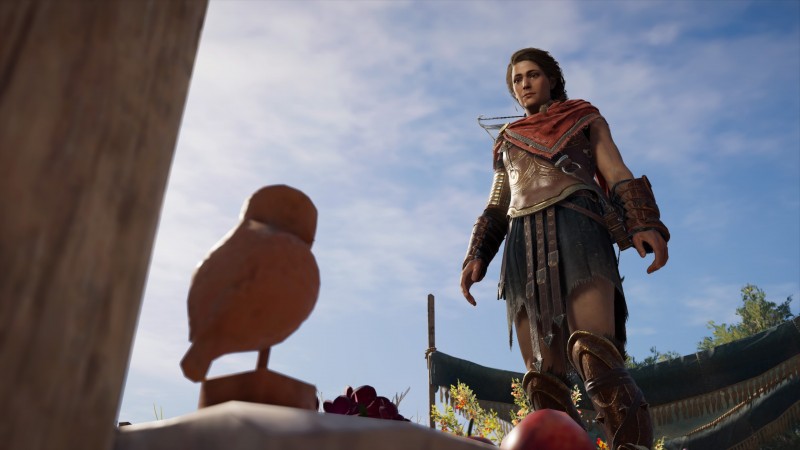 7. The free updates are better than the paid ones.
Apart from the story events I already mentioned, you aren’t missing anything else if you didn’t buy the $40 season pass. Since launch, Assassin’s Creed Odyssey has received some major content updates. That includes features like a higher level cap, more mercenary tiers to climb, and a new game+ option. All players get access to those changes for free, which is great. I don’t think players should be charged for quality-of-life updates, but I also wish the DLC was similarly ambitious in its willingness to make the gameplay deeper and more interesting.

8. You should have gotten a hidden blade.
The spear is awesome, and I’m not eager to ditch it. With that being said: If the series’ signature hidden blade is conspicuously absent from the base game, and the first DLC arc is called “Legacy of the First Blade” and prominently features a character using a hidden blade, Ubisoft should have let players have a hidden blade at the end of it. That doesn’t happen.