In December, Ubisoft released the first (of three) episodes in Odyssey’s Legacy of the First Blade arc. When it launched, I wrote that players should wait before investing any time or money in the DLC; the story had potential, but not enough substance to spark a strong recommendation one way or the other. That isn’t true anymore. With the release of the second installment this week, we have a much clearer idea of how this DLC is shaping up – and it isn’t an encouraging one.

I’ve boiled my complaints about this episode (called Shadow Heritage) down to two general points that encapsulate my disappointment. However, I can’t really talk about the second point without digging into some spoilers, so:

With that out of the way, here’s why you shouldn’t bother playing Shadow Heritage. 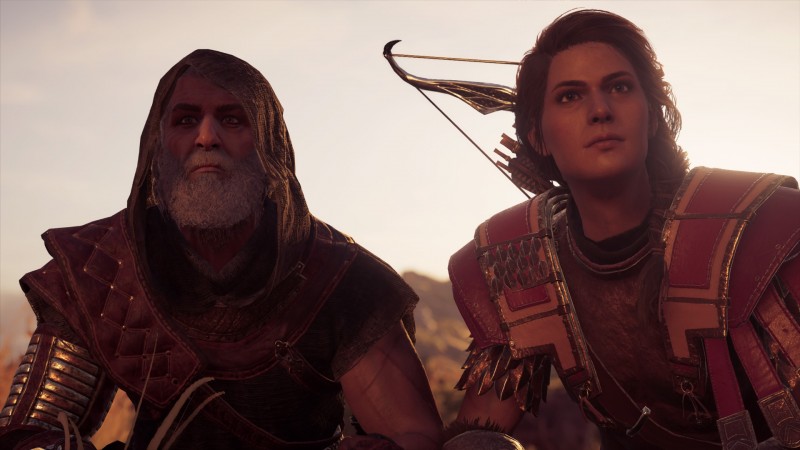 When you have a base game as sprawling and content-packed as Odyssey, the last thing the DLC needs to add is more of the same. Unfortunately, that’s basically what you’re getting here. The first episode did the same thing, but I had hoped that wouldn’t become a pattern. Instead, Shadow Heritage once again provides a few minor things that you couldn’t get before, but they don’t do much to make the gameplay feel different or interesting.

You get one new ability called rapid fire in the hunter skill tree. This allows you to continuously shoot arrows without reloading, which costs a little adrenaline for each one fired. This new power, like death veil from the first episode, feels like it was wisely cut from the base game only to be unceremoniously reinserted here. It doesn’t open fun new possibilities in combat, and it doesn’t tie in thematically to anything you’re doing. As a late-game character with plenty of other cool archery abilities, I rarely found a reason to use it. 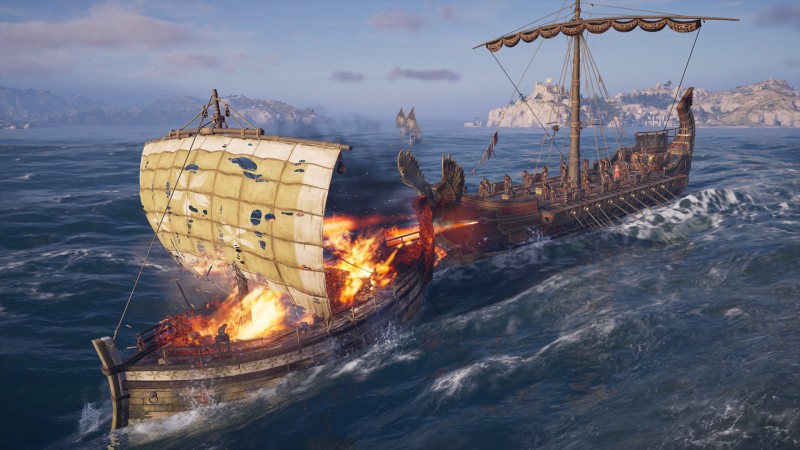 The flamethrower you earn for your ship makes a little more sense in the context of the story. The antagonist is an admiral named The Tempest who is pursing this dangerous weapon for the enemy fleet. Of course, you can get it for yourself, and it is a powerful asset during naval combat, doing damage and setting enemy ships alight. On the other hand, I wouldn’t put naval combat high on the list of things I enjoy about Odyssey, so this upgrade is also underwhelming (and only useful in encounters that I prefer to avoid).

Shadow Heritage’s small gameplay changes don’t produce any major shifts, but at least they don’t actively detract from the experience. The same cannot be said for how this narrative wraps up.

You may have heard about this by now, considering Ubisoft has already apologized to players for the way this episode ends. If not, here’s the short version: The assassin that you’ve been working with, Darius, has either a son (Natakas) or a daughter (Neema), depending on whether you’re playing as Kassandra or Alexios respectively. At the end of Shadow Heritage, your character has a child with Natakas/Neema – and you as the player have no ability to change that, which totally sucks.

Why is this so uncool? I’ve seen people boil this down to a single problem, but for me, it’s a complex three-pronged failure. 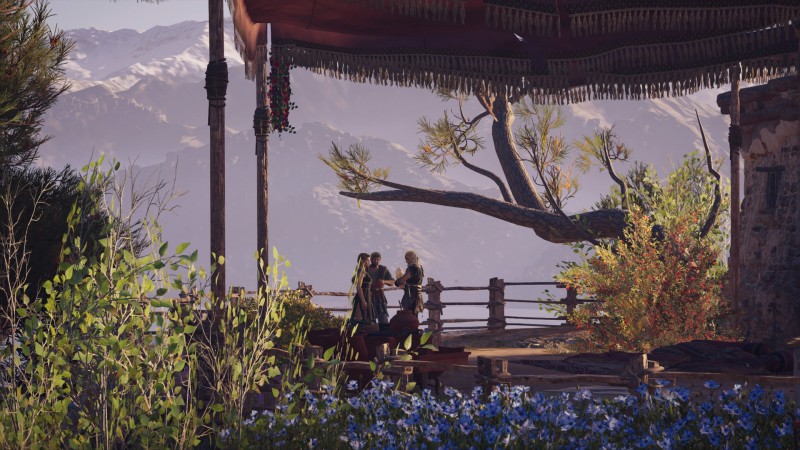 Railroading: Throughout the entire base game, you are given countless opportunities to choose your hero’s path. How will you resolve a conflict? Will you ask for a reward? Who will you have sex with? You can’t always predict the results, and sometimes external forces meddle to create surprising outcomes, but you always feel like you are at least in control of shaping Alexios’ or Kassandra’s actions regardless of what is happening around them. The forced ending in Shadow Heritage betrays that core foundation, taking away your agency and making your hero do things that can, in many ways, run counter to the vision of the character you’ve spent 70+ hours building. Maybe your hero isn’t straight. Maybe there’s another character that you imagine to be their soul mate. Maybe they like the mercenary life and don’t want kids at all. Ubisoft’s ending ignores and invalidates all of those options for the sake of a narrative twist that feels both rushed and forced.

Natakas is Lame: I can’t speak to the Alexios path, but the guy who Kassandra has a baby with is a wimpy, uninteresting sad-sack. He’s the Assassin’s Creed analogue of Milhouse from The Simpsons. If players were given a choice whether or not to pursue a relationship with him, I’m confident that almost no one would. That just makes the forced relationship even more baffling; I would still be mad if the game railroaded players into a romance with another character – like Brasidas, for example – but I least I could understand what my Kassandra saw in the guy. When it comes to Natakas, the two of them don’t seem to have any chemistry, and Kassandra is waaaaay out of his league.

Bad Romance: Lots of players like romance in their RPGs. They get very invested in particular characters, and they like when games react to and emphasize the relationships they’ve built. Assassin’s Creed Odyssey doesn’t really do that; it lets you build brief connections with certain characters that can culminate in one-night stands, but you don’t see many cutscenes or sequences that focus on or even acknowledge your hero’s romantic partnerships. I was okay with that, because no potential love interest is treated as any more significant than another. In this way, the ending of Shadow Heritage adds insult to injury, because it’s the only time Odyssey really zooms in on that aspect of Kassandra’s or Alexios’ story. You see them and a companion become parents, have a home, and build a life together – except you don’t get to see it with a person you’ve chosen. You have to watch it unfold with Natakas/Neema, who you probably don’t care about. 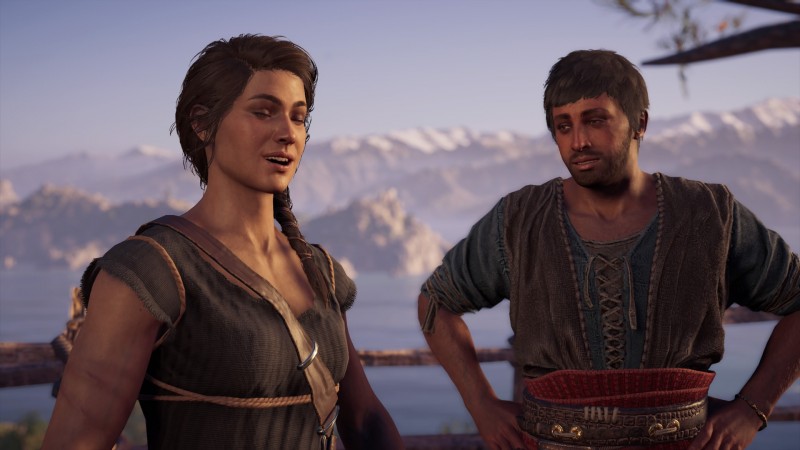 Okay, maybe that point wasn’t as “simple” as the headline to this article suggests, but the bottom line remains the same: Shadow Heritage takes the potential of the first DLC episode and transmutes it into disappointment. If the Legacy of the First Blade felt like it was treading water before, now it feels like it’s drowning – and that makes it hard for me to get excited about the final episode of this arc.