Why You Should Wait On Assassin’s Creed Odyssey’s DLC

The first bit of episodic DLC for Assassin’s Creed Odyssey released this week, and it tells the story of Kassandra or Alexios joining forces with a mysterious NPC named Darius. It’s part one (of three) that involves these characters; the arc is called “Legacy of the First Blade,” because Darius wields the original hidden blade that would eventually become so iconic among assassins. The quests in this chunk of the story took me about four hours to finish, and I came away satisfied – but not satisfied enough to say that this is an absolute must-play yet.

I’m not saying that the DLC for Assassin’s Creed Odyssey will never be worth your time or money. It certainly has promise. However, until we know more about how this whole arc concludes and what additional features will be added in future episodes, this one piece of content (dubbed “Hunted”) does not make a compelling case to justify the investment in Legacy of the First Blade. Here’s why.

1. It’s more Odyssey.
This isn’t a bad thing. For players who love the basic activities of Odyssey, it’s good to have a new excuse to infiltrate a fort, hunt some wildlife, and track down members of a secret organization. This stuff isn’t any less fun in Hunted. However, these sorts of mission are already abundant (and even over-abundant, as I said in my review) in the core Odyssey package. Unless you’ve already explored every corner of the enormous map, you don’t need to pay more money to get additional objectives to pursue. Also, Hunted doesn’t put a new spin on these tasks; you cleave ships and assassinate soldiers the same way you always did, without any new variations to shake up your approach. Well, except one new ability called Death Veil, but… 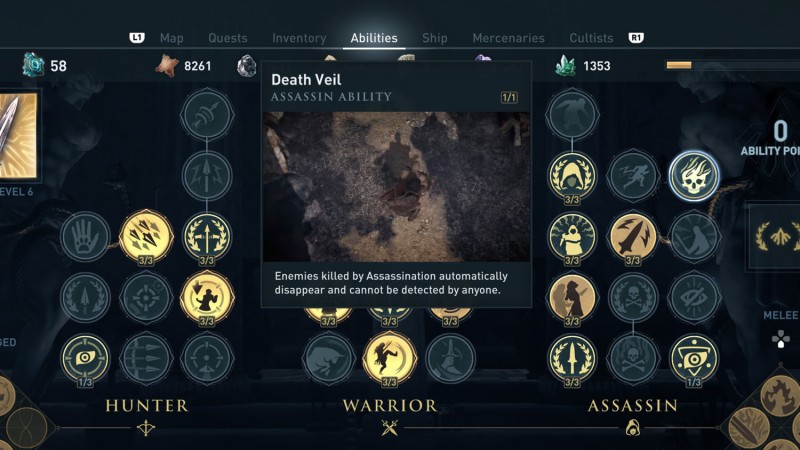 2. Death Veil is pretty boring.
When you assassinate a target, Death Veil causes the corpse to magically vanish. That’s convenient, especially for stealthy players like me, but it’s too passive to be interesting. And unless you are the type of player who meticulously hides every victim, Death Veil doesn’t have any impact on your playstyle. That means I was still using the exact same suite of abilities to tackle the challenges in Hunted, but the aftermath was just less likely to attract attention. And just in case the “Legacy of the Hidden Blade” title has you wondering: No, you don’t get to use a hidden blade in this episode.

3. The rewards are underwhelming.
Kassandra or Alexios is eliminating members of the Order of Ancients (the same secretive group that Bayek faced in Origins). Like the main game, when you take down a member of the branch, you get a piece of an armor set. When you take them all down, you get the full set. The problem? The full Persian gear you earn from Hunted doesn’t look that cool...though it does have pants, which is something we’ve wanted. The set also features a 40% damage bonus that is only active when time is slowed down. While that isn’t awful, it is restrictively situational. Playing Hunted after finishing all of the main arcs in the core campaign meant that I had several sets of armor with more broadly useful benefits. 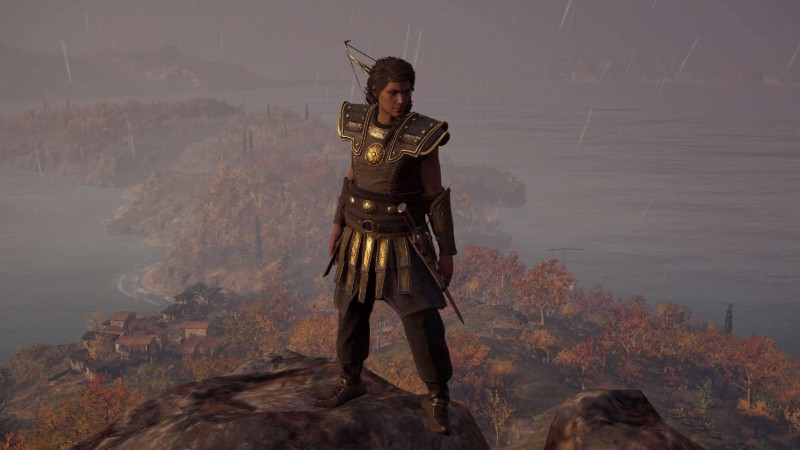 4. More potential than payoff
On the narrative front, the story sets up some cool possibilities. You get some answers, but not enough for the plot to feel satisfying or complete by itself. I want to know more about Darius, his past, and how he ties into the future of the Assassin order. But the events of Hunted are more compelling for the paths they open up ahead, rather than the tale they actually convey. This DLC could be the first step in a great new journey…but it could also be stuck in the rut of a very familiar road. Only time will tell, so fans may as well wait until we know for sure. 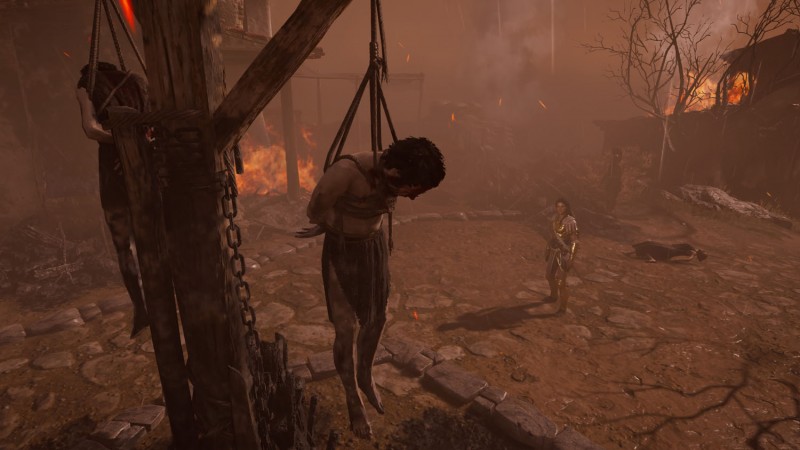 To be clear: Hunted also has cool moments and other highlights. I liked the scenes that have players examining the necessity of their hero’s brutality, and I also appreciated how some of the assassinations feel more deliberately arranged. But, like any episodic game, it’s hard to make a wholehearted recommendation based on just the introductory segment. So much of this DLC’s value will be determined by where the story goes and whether the action evolves; the next two episodes in the arc promise to follow up on the events of Hunted and give us more adventures with Darius. I’m still hopeful that Ubisoft Quebec can raise the stakes in terms of gameplay and story to put interesting twists on the core experience rather than simply provide more of it.