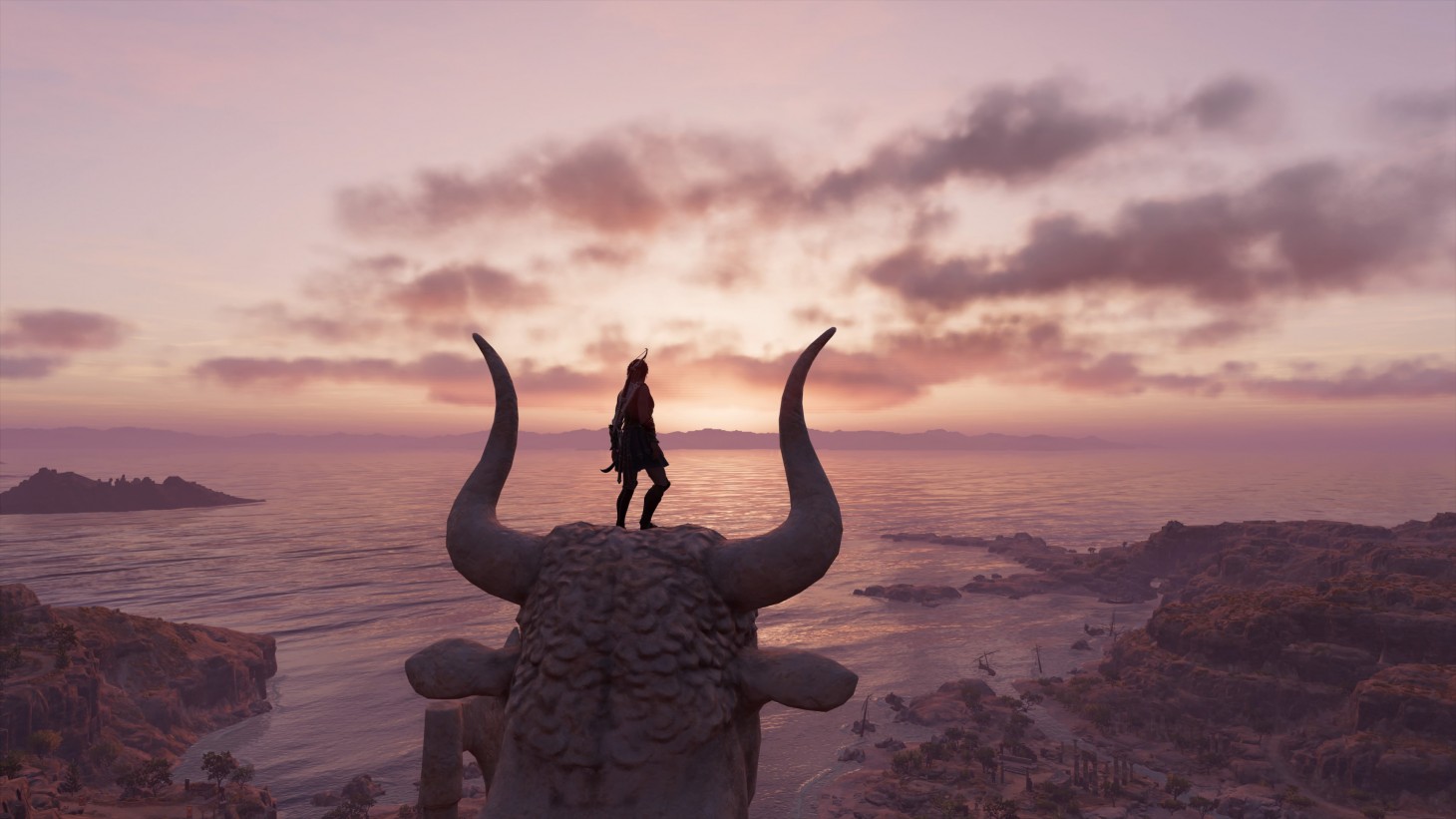 Many mythological traditions involve some form of demigod, an exceptional individual born from the union of a human and a deity. These heroes accomplish astounding things thanks to their divine heritage, but their mortal sides keep them from joining the ranks of true gods. Assassin’s Creed Odyssey exists in the same place between two realms. With vast improvements to combat and progression, no other Assassin’s Creed had made players feel this capable and powerful. However, Odyssey struggles to find appropriate ways to exercise that power, presenting a vision of Ancient Greece that relies more on familiar routine than legendary feats.

Though it won’t be the subject of any epic poems, I still appreciate Odyssey’s incredible ambition. The team at Ubisoft Quebec built an immense open world full of towering statues and gorgeous landscapes that serve as a vivid backdrop for your quest. After choosing either Kassandra or Alexios as your protagonist (I prefer Kassandra’s voice performer), you set out on a journey that pits you against nations, cultists, and monsters. The new hero has a likeable confidence, and I enjoyed making choices and watching the consequences unfold, but the pacing is infuriating. Despite doing plenty of side quests, I often had to grind or complete a series of barely related tasks to advance the story. That drip-feed pattern over 50-plus hours puts a serious damper on the momentum.

Odyssey’s setting is new, but the gameplay builds on the foundation laid by Assassin’s Creed Origins last year, expanding the RPG systems and adding several new features. Melee combat is the most rewarding distillation of that process; encounters are a ballet of attacks and abilities punctuated by dodges and parries. As you fight, you build adrenaline to expend on a wide array of powers. Set your blades on fire, then slow time and attack multiple soldiers to engulf them in flames. Send a lieutenant in to distract a bandit while you take aim with a poison arrow. These abilities and more convey a dynamic and godlike sense of power, with a blend of action and reaction that creates my favorite combat system in the series.

Naval gameplay returns in Odyssey in its most full-featured incarnation since Black Flag and Rogue. You can upgrade your ship, find sunken ruins, and hunt down pirates. It all works well and provides simple fun, but Odyssey doesn’t give you much incentive to go sailing. The naval encounters aren’t complex enough to be gratifying, and the rewards aren’t good enough to be enticing. Though I enjoyed the lovely views from my ship and the occasional exchange of fiery arrows, the naval component ends up feeling inconsequential beyond its function as transportation.

One of Odyssey’s signature features is mercenaries – roaming warriors who present more challenge than average soldiers. They are like the Phylakes from Origins, but infinite in number, and you climb their ranks as you defeat them. Seeking these encounters pays off, because you get rewards (like decreased weapon enchantment cost) for killing mercenaries who rank higher than you – but that doesn’t always happen on your terms. Mercenaries hunt you down after you commit crimes, which can lead to improvised encounters that make great water-cooler moments. But the system creates just as many annoying scenarios, like an angry mercenary standing right next to the person you need for a quest. Attracting many mercenaries’ attention when you’re trying to do something delicate is also a pain, and getting them off your back is a hassle.

The volatility of the mercenary system is a symptom of a bigger problem: the rarity of deliberately crafted gameplay. The game doesn’t have a shortage of content; Ancient Greece is filled with activities like clearing camps, infiltrating forts, and waging war. I enjoyed those objectives, but I was hungry for more scenarios that felt less random and more carefully designed. Instead, Odyssey feels like an ecosystem set up and left to run on its own with little authorial interference. Too many quests send you sneaking around cookie-cutter compounds to contend with a standard assortment of patrolling guards as you loot chests, burn war supplies, or kill specific targets. With some notable exceptions, even the main story missions and key assassinations rely on these tasks, so your actions during major beats often don’t feel distinct or special compared to the rest of the experience. While those activities may be fun, their repetition and predictability drain some glory from your tale.

Assassin’s Creed Odyssey aims high in its attempts to blend innovative additions with returning features. The execution might be uneven, but Ubisoft Quebec ultimately strikes a successful balance among the many parts. The story is compelling, both as a hero’s journey and in the way it ties into the series’ wider lore. Exploring the world is fun, combat is empowering, and getting epic loot is a thrill. That solid core formula carries Odyssey a long way, but like Icarus and his wax wings, it’s not enough to reach the bright star on the horizon. 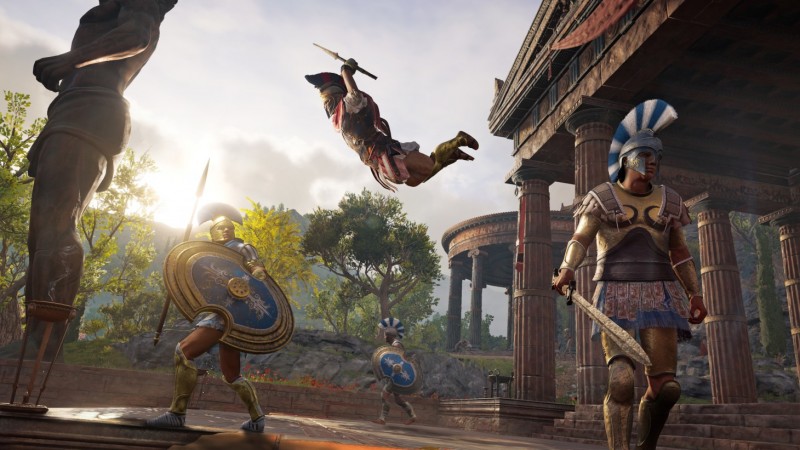 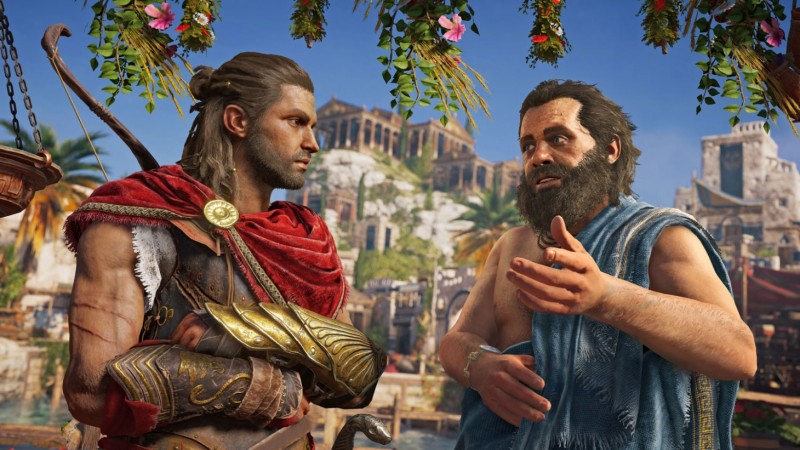 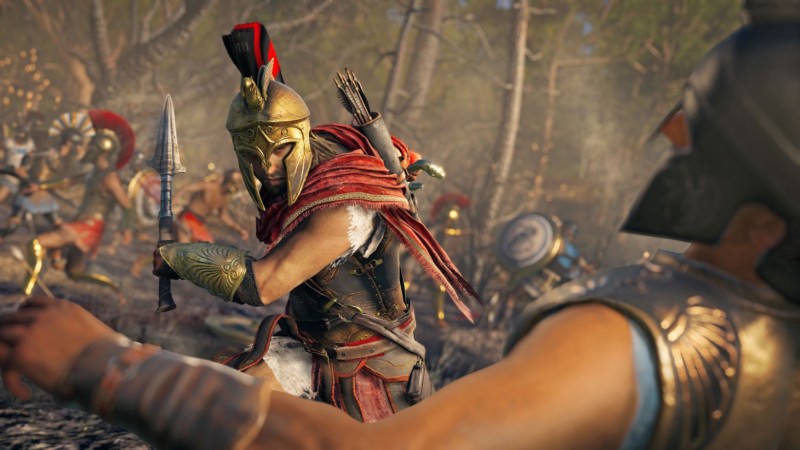 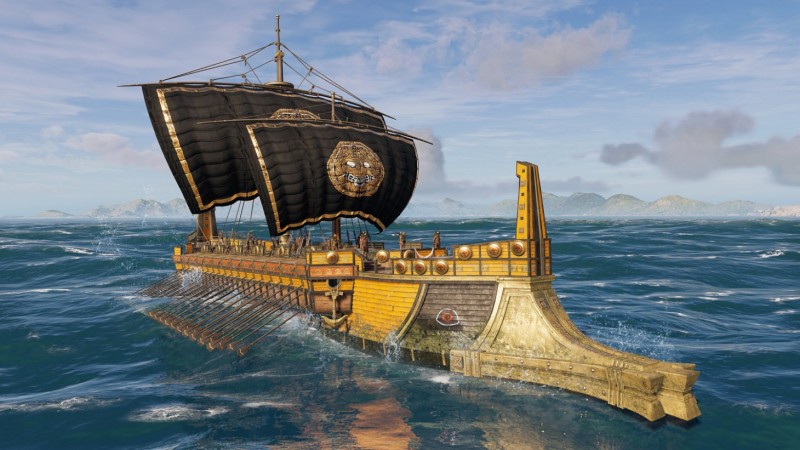 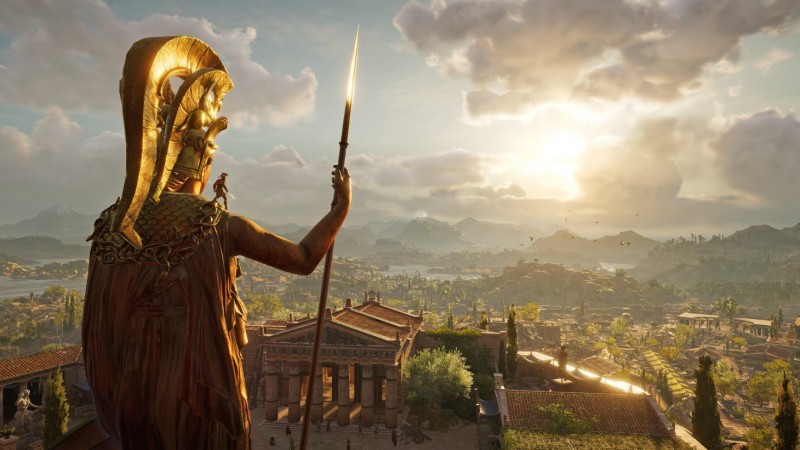 Ubisoft aims high in its attempts to blend innovative additions with returning features, and Odyssey ultimately strikes a successful balance among its many parts.

Purchase More Info
8.25
i
Game Informer's Review System
Concept Uncover a conspiracy, sail the sea, and forge a new hero in a massive journey through Ancient Greece
Graphics Beautiful vistas, grand architecture, and slick animations bring the world and characters to life
Sound An excellent musical score accompanies your adventures, and the voice work is good overall. The conversations with Sokrates are especially enjoyable
Playability With so many systems and contextual differences, getting comfortable with the controls takes time, but it all clicks together eventually. Long loading times and sluggish menu navigation are irritating, but not egregious
Entertainment Infiltration, combat, and exploration are all fun in the moment. However, the repetitive objectives and lack of crafted moments make the gameplay blur together as the hours pass
Replay High