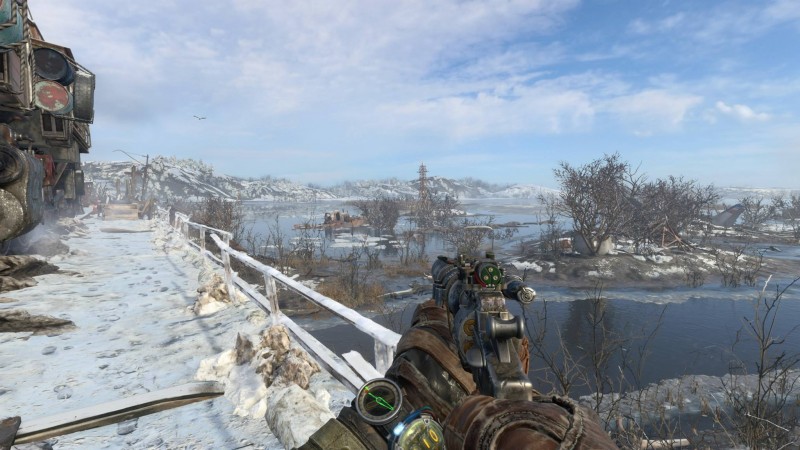 Metro has always flirted with difficult moral choices and consequences. Never to the extent of Mass Effect’s branching setup but both 2033 and Last Light offered endings that depended on player’s actions at critical moments during the campaign. Exodus does the same. However, earning either the good or bad ending is more about your moment-to-moment playstyle than critical choices this go round.

The easiest, guaranteed way to get the good ending in Exodus is knock people out when you’re sneaking  around and don’t kill indiscriminately. That doesn’t mean you have to avoid firefights or do a pacifist playthrough (I earned over 500 kills and still got the good ending) but when enemies surrender, don’t kill them. During certain missions, characters will ask you not to kill certain people, so don’t kill those people!  Also, sometimes characters in your party will give you quests (like finding a guitar in the wasteland). Do all of this and congrats, the good ending is all yours.

If you want the bad ending, just do the opposite. Be a real monster and kill everyone you come across. Never do a quest for anyone. Presto: the bad ending is all yours. You’ll know you’re on the path to this ending if your compatriots complain to you or even attempt to leave your group. If your karma is low enough, sometimes you can lose people from the group, so keep that in mind as well.

For more on Metro Exodus, check out our review, tips, and feature on why Metro is gaming's most interesting post-apocalypse.