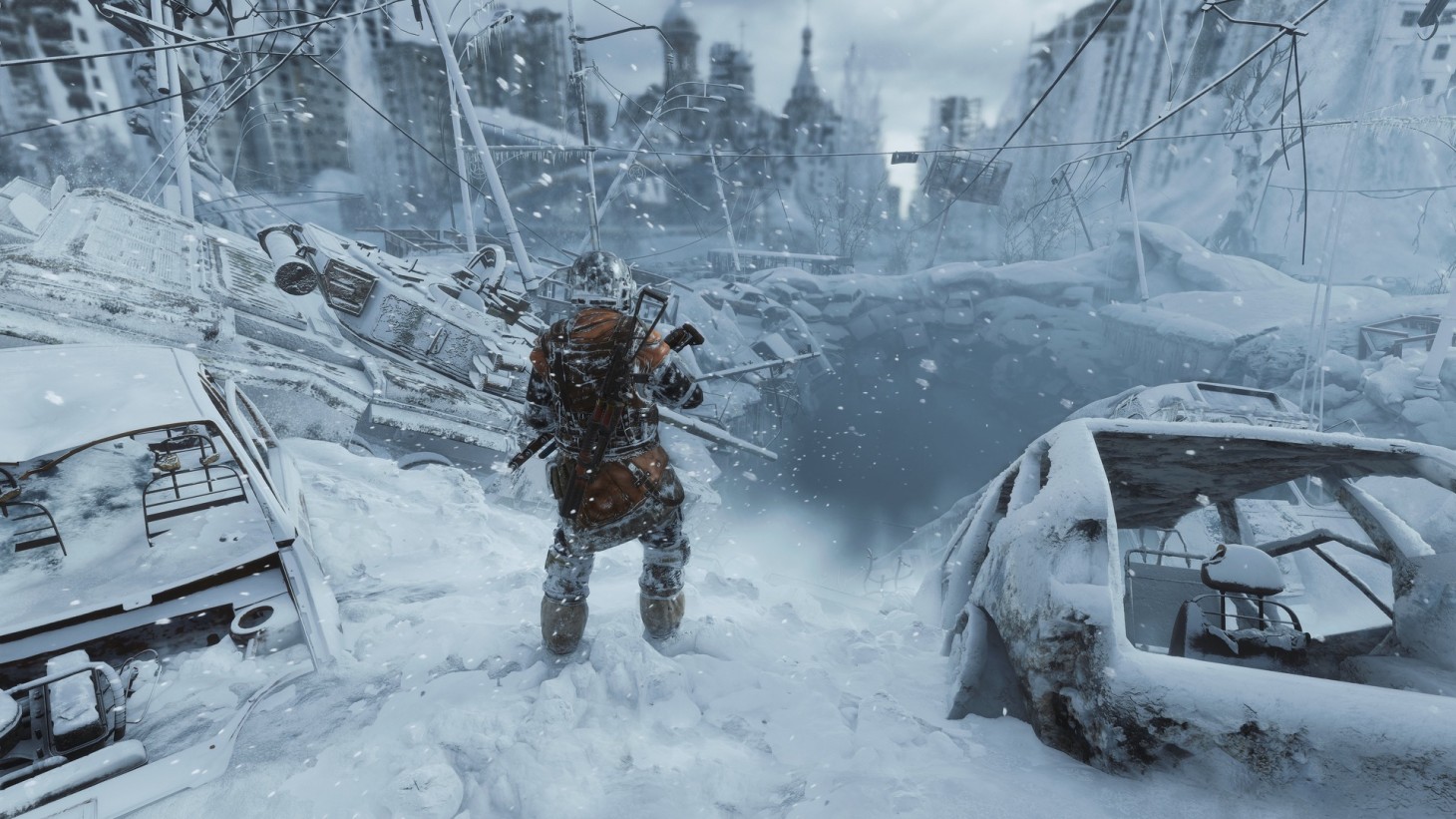 The Metro series has never delivered a runaway hit to elevate it among the most esteemed first-person shooters. But over the course of two critically acclaimed games and a well-executed redux collection, it has steadily gained an audience appreciative of its dynamic gameplay, grounded storytelling, and gripping tension. Developer 4A Games aims to step out of the shadows of cult fandom and challenge for mainstream acceptance with Metro Exodus, taking the action out of the cramped underground and into the irradiated Russian landscape. With a gorgeously realized world and a well-paced campaign, Exodus makes a compelling case for that acceptance, even though some anachronisms keep the story from realizing its full potential.

Artyom and crew have left the Metro in search of a better life, and each stop along the voyage offers a new territory to explore, from the flooded flatlands of the Volga River to the dried and dusty former waterfront of the Caspian Sea. Metro Exodus isn’t an open world, but rather a series of defined sandboxes that allow players freedom to go where they want and tackle objectives at their own pace. 4A Games’ technical prowess is on full display in these dynamic play spaces, with gorgeous lighting illuminating the impressive landscapes. The variety of environments and seasons keep the game feeling fresh throughout the roughly 25-hour campaign, delivering new factions to battle and new mutated beasts to fight or flee. The trip occasionally deviates from open areas in favor of a more straightforward mission that recalls the level design of its predecessors. Metro Exodus’ greatest triumph is this well-tuned pacing; no region overstays its welcome, and all have interesting places to explore and memorable characters to meet. The suffocating atmosphere and supernatural occurrences that pervaded your every action in the previous games are sparser this time around, but each region has its own foreboding locations where the jump scares and dread reside.

4A Games has always held storytelling in high regard, and that emphasis continues here. If the previous two games were influenced primarily by Half-Life, Exodus takes its narrative cues from MachineGames’ recent Wolfenstein titles – almost to a fault. In between missions, you spend time aboard the Aurora locomotive hanging around your compatriots, gaining insight into their personalities and motivations. Some characters are unique, but others feel eerily familiar – the handyman Tokarev and love interest Anna bear an uncanny resemblance to Wolfenstein's Set Roth and Anya, respectively. Your friends suffer sicknesses, celebrate marriages, express unshakeable hope, and occasionally succumb to despair throughout your journey, bringing everyone closer together. The ending is bittersweet, but the journey is what leaves the biggest impression.

I applaud the attempt to bring more depth to these characters and the world, but the emotional impact of the story’s most dramatic moments is often undermined by wooden voice performances. At times, the actors sound like they are listlessly reading words off a script. The lack of back and forth between Artyom and his crew also robs the scenes of their intended weight. Artyom has always been the strong and silent type, but these conversations feel awkward given the length at which many of these characters speak to him with no response whatsoever. When his wife Anna struggles to come to grips with the moral complexity of a situation the crew just extracted itself from, his silence feels downright perplexing.

Artyom may be a terrible conversationalist, but he’s a capable guerrilla fighter. As with the previous games, most of the time Exodus allows you to approach combat scenarios however you like. Attacking at night with a stealth approach lets you avoid wanton bloodshed, which can alter the outcome of your interactions with the various factions and determine the fate of certain sidekicks. If you prefer to shoot first and ask questions later, you have that option as well. Combat awards precision and punishes firing wildly, which I appreciate. The variety of weapons and their accompanying attachments also give you a lot of flexibility on the battlefield and encourages experimentation; I frequently tweaked my loadout on the fly to try new configurations. If Artyom has a limitation, it’s his traversal skills. His movements are slow and cumbersome when climbing, and the logic of what he can and can’t vault is inconsistent.

Exploring every point of interest is the best way to find new attachments and critical upgrades to your equipment. Resources have never been overflowing in the Metro series, but you won’t run out of ammo or med packs too often in Exodus if you thoroughly scavenge, a change that should appeal to action-hungry run-and-gunners. Those who crave the challenging attrition of the previous games should turn up the difficulty before beginning the campaign. The removal of the previous games’ bullet economy takes away a lot of the tension of managing resources, but certain segments of the game still make you count your bullets.

Metro Exodus largely succeeds in its ambitions. The freeform sandboxes give players more agency to play how they want to play, and the smart level design and well-tuned pacing keep the experience feeling fresh throughout the campaign. The story may suffer from weak acting and 4A’s decision to keep Artyom a silent protagonist, but these shortcomings don’t stop me from recommending the game to both newcomers and series fans. 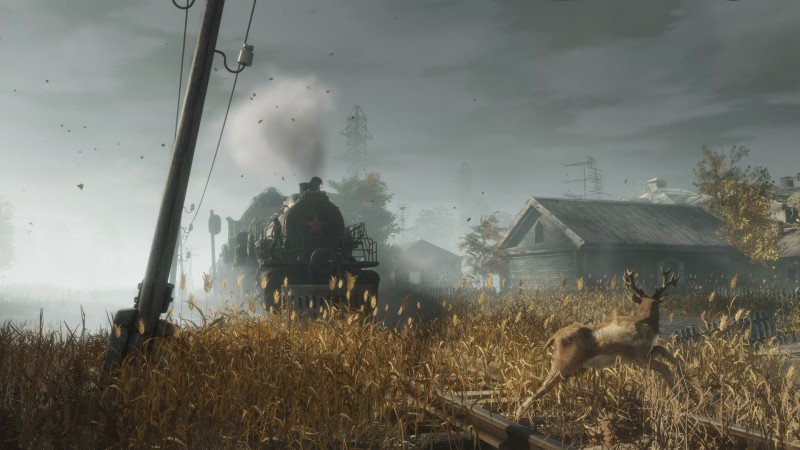 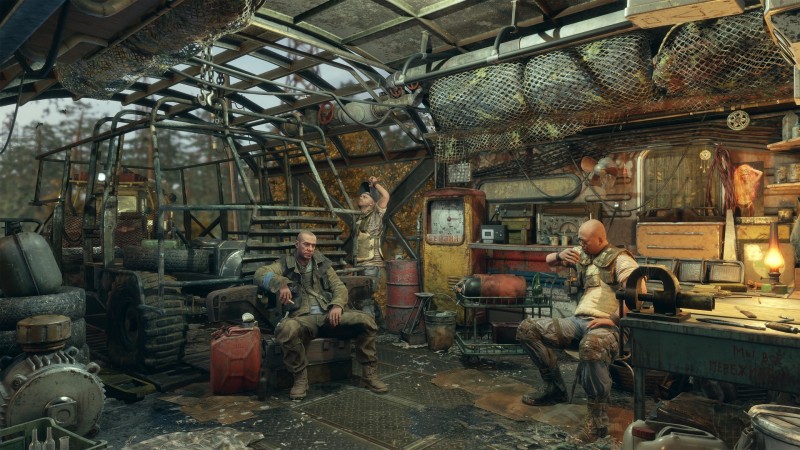 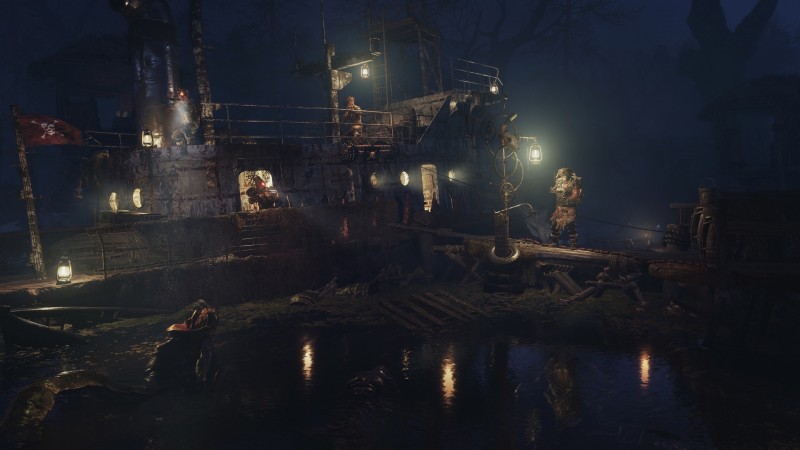 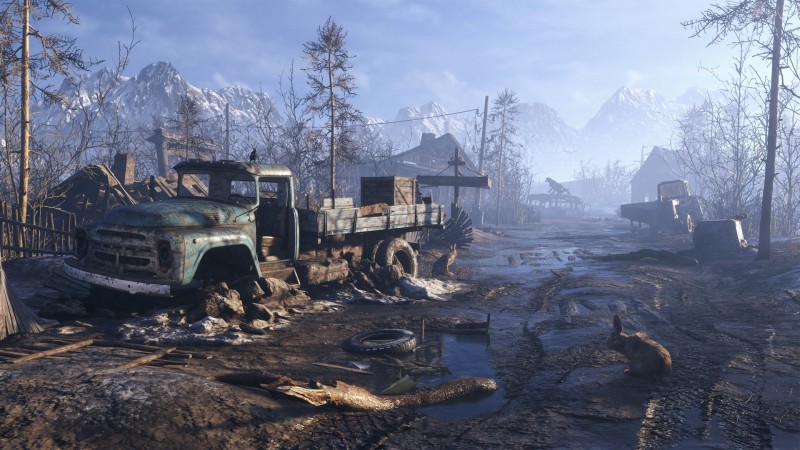 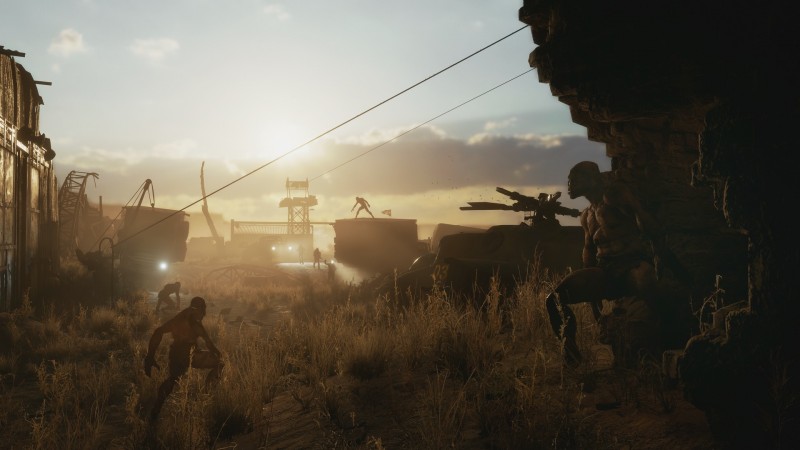 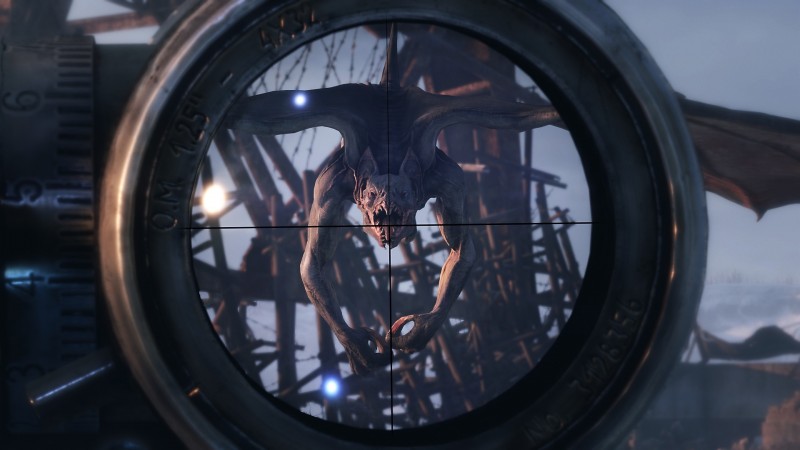 Off
8.75
About Game Informer's review system
Concept
Take the Metro experience out of the underground tunnels and into the irradiated wastelands of Russia
Graphics
4A Games crafted gorgeous vistas set in different seasons for this trip out into the wider world
Sound
The weakest element of Exodus is its wooden acting, which sometimes deflates the emotion of a character exchange. The sound effects on the other hand are fantastic
Playability
With more abundant resources, Exodus eases up the attrition on normal difficulty compared to past games. The shooting mechanics are solid, but the traversal though tighter spaces and vertical areas is sometimes finicky
Entertainment
Artyom’s journey across Russia is filled with interesting locales, a steady flow of new enemy types, and a cause worth fighting for
Replay
Moderate