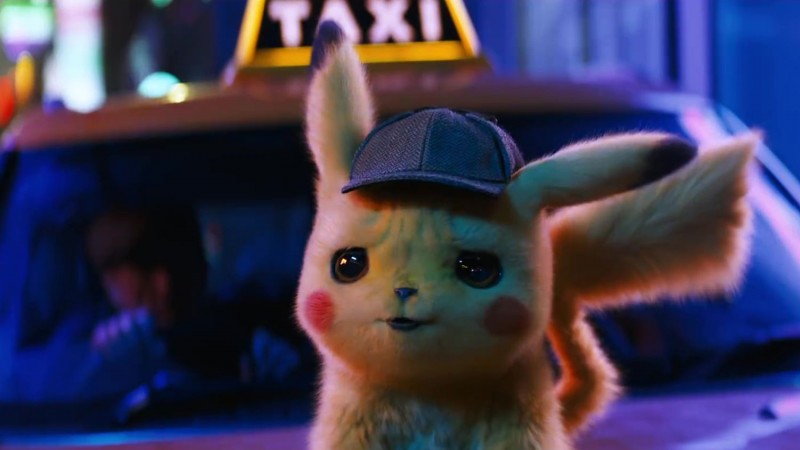 Warner Bros. Pictures released the first trailer for Pokémon: Detective Pikachu, the live-action film adaptation of the 3DS game Detective Pikachu. The story is set in Ryme City, a crowded metropolis where Pokémon and humans live together, and centers around Tim Goodman whose legendary detective father has mysteriously disappeared.

The trailer shows off the pivotal scene where Tim first meets and understands a Pikachu that has broken into his house in the middle of the night. Ryan Reynolds' voice coming out of the well-known Pokémon sets the humorous tone for the rest of the video.

Detective Pikachu for the 3DS received middling reviews when it came out in Europe and America back in March. Game Informer's Ben Reeves called it "a bit too elementary" in his review. However, the game's lukewarm reception didn't hinder fans' curiosity about the movie. The film maker even reveal the logo during the opening ceremonies of the 2018 Pokémon World Championships.

Pokémon: Detective Pikachu will be coming to theaters May 11. If you're interested in seeing more, a leak from earlier this year shows a little bit more of what is behind the curtain.