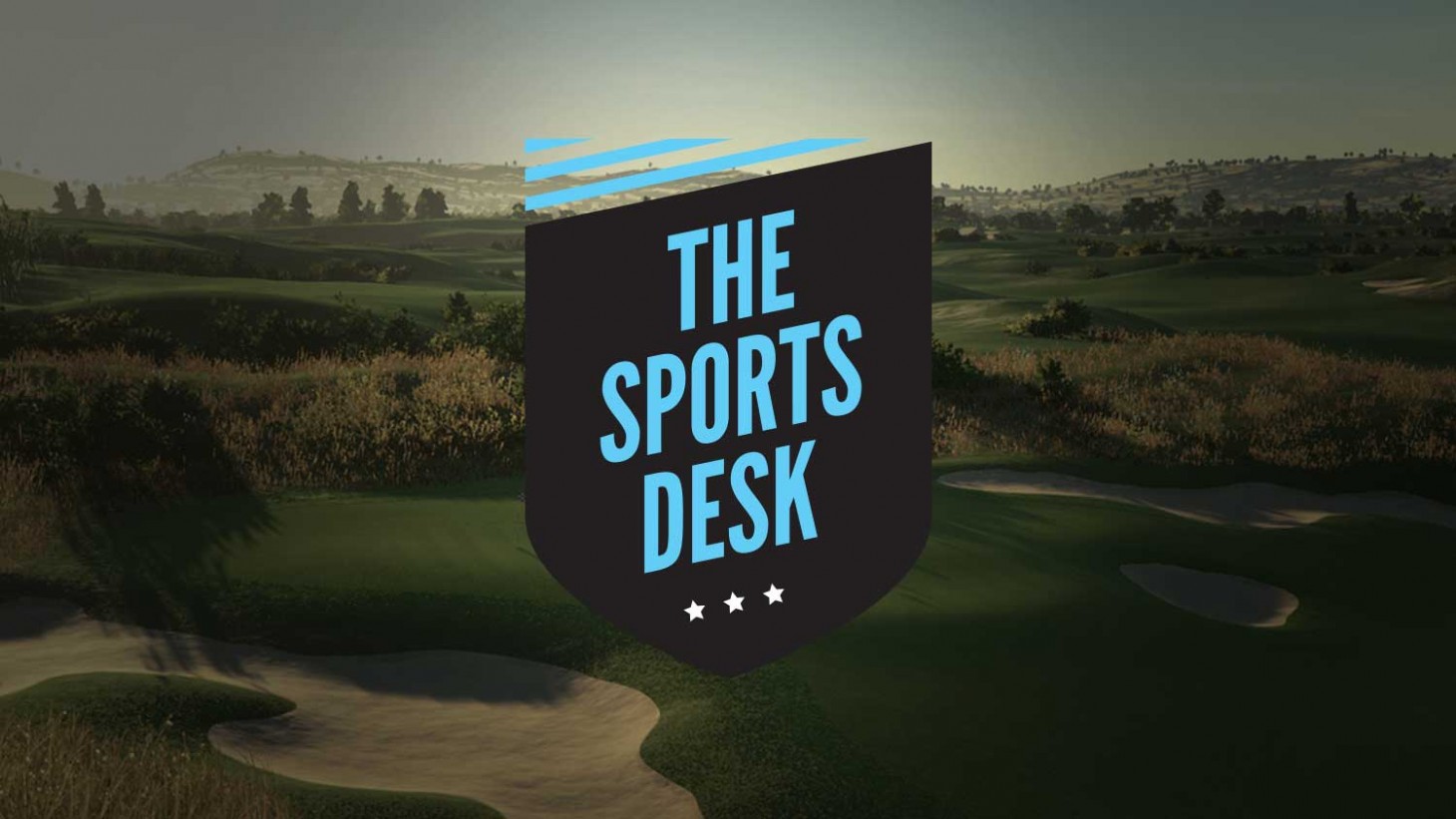 TGC Tours Adds A New Layer To The Golf Club 2019

The majority of gamers buy and play a game just the way it was intended, even if modes or functionality are missing or incomplete. In the case of TGC Tours, for the last five years over 16,000 video game golf fans have used the website as a jumping off point for their own ambitions of becoming a golfing legend in HB Studios' The Golf Club series.

TGC Tours is a website not officially affiliated with The Golf Club 2019 that allows players to play a full PGA Tour and tournaments in TGC 2019, and then have their results synthesized and posted on the TGC Tours website as part of a larger, cross-platform leaderboard and season structure that is not otherwise found in TGC 2019.

First players go to the website to sign up and register for Q-School. In the game you'll join the TGCTours (CC-Pro) society and play four rounds, with your score auto-submitted to the Q-School event leaderboard. Based on where you finish you'll then get your TGCT Tour card and can play TGC Tour events. The website features multiple tours, including the European and Web.com tours, as well as a variety of other user-made challenge circuit tournaments.

TGC Tours uses data straight from developer HB Studios, and TGC Tours adds more features to the career mode of The Golf Club 2019 (even though it has the actual PGA Tour license) with real opponents, a money list, stats, and other amenities to give players the feeling of competing on a real circuit.

I talked to two of the three founders – Jeff Weese and Scott Doyley – about setting up TGC Tours and the challenges involved in trying to give golfers around the world the tour experience they crave.

How did TGC Tours get started?
Weese: Scott was running some competitive events Prior to TGC Tours just by using a spreadsheet. He was running it off the HB Studios forums. It was very casual. Tim Owens had this vision of creating a bigger competition site, something that would kind of mirror the PGA. And so it was really Tim's vision. He saw what Scott was doing and approached Scott about creating a site, you know, to run Tim’s sims.

Tim didn't have any ability to do the front-end of the site. He was mostly just going to handle the logic, and he wanted somebody to come alongside him and handle the front-end of the site. So he posted in the HB forums to see if anybody would be interested in helping him to design and build the site, and that's when I came along. I had some experience in kind of running some golf competitions in the past and my trade is web development. So I agreed to come alongside him and help him build up the site. So the three of us sort of partnered together and started building the site before we had any idea what the end result was going to be, which was a real challenge.

It looks like you have instituted some of your own Fair Play rules to make things as fair as possible. Have you had to add new rules to make sure the golf is represented realistically on the website?
Weese: The data is what the data is, there's nothing to change. There are rules that we apply that aren't game rules, like we have a rule that you can't chip on the greens if you're outside of 100 feet, which is obviously not a game rule – it's not even a golf rule. But in terms of competitive fairness, we want people putting on the green. That's sort of a legacy rule, because it was more important in previous versions of the game where chipping was easier, but now that chipping is a little harder it's probably not as important, but we're keeping the rule. So there are rules like that, like tiebreakers – we set our own tiebreak rules. Obviously in the PGA they would have playoff holes; we can't do that in this golf setting because there's no logic built in for playing things off, especially when it's cross-platform. The events really aren't cross-platform. The data we're getting is cross-platform and our leaderboard is cross-platform, but the game itself is not.

Is there a difference between the systems in cross-platform play? Do PS4 users have an inherent advantage due to the controller?
Weese: The PS4 is by far statistically the easiest version to play on, or at least, there's certain aspects of PS4 that are easier [in terms of control – Ed.]. An Xbox seems to be hardest, and PC kind of runs the gamut in between. PS4 also has the largest user base. It always has, not just because this version of the game seems to favor PS4, but our users – the highly competitive ones; the ones that are at the top tiers of our tours – they know that PS4 has an advantage. They know it. They accept it. You play on the platform you choose to play on... If you prefer to do PC and try and compete that way, you may be at a disadvantage, but you have to go from there. I mean, our hope is the next iteration of the game will be a little more balanced between platforms.

In terms of that cross-platform play, Have you guys considered not doing that because PS4 has such an advantage?
Doyley:  Yeah, we've talked about it. It's kind of more complicated than just PS4/Xbox. It's basically the club set. The three systems are really balanced for the two easier club sets – it's just on the hardest one where the discrepancy is. So, it almost becomes a point where you've got to split it by console, and then by club set almost to create the most balanced tours for this game. So no, I don't think that's something that we're looking to go to because I think the pull for TGC Tours is the fact that everyone is kind under one roof and one leaderboard. So splitting by cross-platform would probably be our least-favorable option. 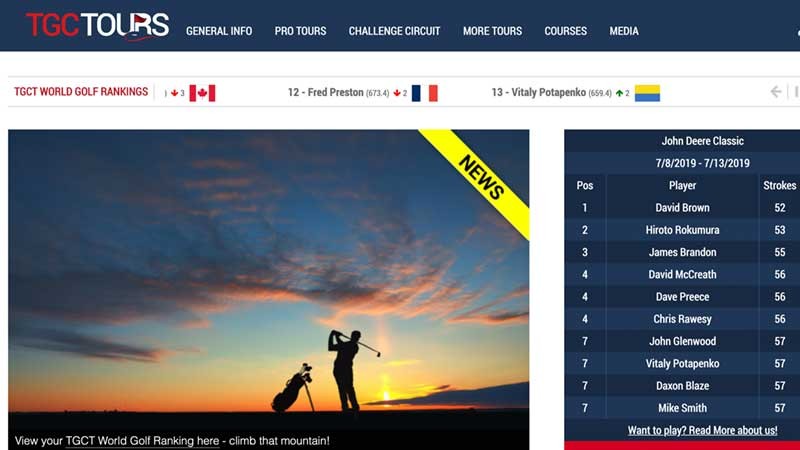 You mentioned chipping on the greens and we just talked about some of the challenges with cross-platform play. Is there anything else users are doing that you either had to institute a rule for or just had to work around?
Doyley: A couple of things. Obviously, the Fair Play policy was kind of brought in just because of the differences in controllers out there. So we kind of had to set a boundary where we base everything off of stock Xbox and PS4 controllers and the data we get is fairly consistent with what the average player gets. So when you get a third-party controller that's fairly an outlier, We decided to kind of put in a boundary there. Mouse users too are a bit tricky since that’s such a configurable device. The other thing I should mention too – I guess the other big drama from this year from the PS4 side would be the flick swing. A lot of the top players have figured out that they don't need to swing the entire full length of a controller. And it’s one of the reasons why we say that PS4 probably has a bit of an edge because it's hard to replicate on Xbox or PC.

Your schedule uses real event names and people can replicate the courses. Have you guys run into any licensing/legal issues?
Weese: No, we’ve never been contacted. We’re not for profit, so we’re basically using all the PGA names and whatnot under the parody law.

Do you guys rotate the courses used or have them replaced with new creations?
Weese: We change the courses every year. The majority of our events play on fictional courses. Some of them play on real course, or the real-life counterparts to their current events on the PGA Tour, for example. The course designer community is such a huge part of what we're about at TGC Tours and really what this game is about. And so we want to reward our course designers, who spend upwards of 100 hours per course that they create.

We get I think somewhere around three to four courses per day submitted to our course database – way more than we could ever field events for, but we do want to reward our course designers by showcasing their work every year. So yeah, we rotate the courses as much as we can.

Is there anything you would like to see improved in the game to help TGC Tours in particular?
Doyley: I think the main gripe most people would like to fix is the lack of backspin on a lot of the clubs. You might have issues with the PGA season mode. But obviously, for us, we operate outside that, so as long as the gameplay is fine we can tailor our site to whatever things that we might think is lacking under the PGA career mode. I find I still love the game; I’m still having a blast.

[I would like] a little more variety too in the course conditions, in what we can actually set. They have these basically unlimited settings for designers, but then for us in the game we only get like four or five settings…

Anything you guys can talk about in terms of what you’re working on for the future of the tour?
Doyley: I don't see any sweeping changes to what we have now. Usually the main decision we have to make in the offseason is, if the new game is drastically different do we have to do a whole new Q school for everyone. Because everyone's kind of at a certain skill level, and if the game completely changes, it can kind of unbalance that [At this time developer HB Studios has not announced its plans for the next Golf Club – Ed.].

Weese: I think there are a couple of other minor things that we tweak. Overall I think the structure will be the same for the main tours. We may add to what we have. Every year we've made changes based on feedback from our users and based on game changes, and I think this is the first year, out of the five seasons we've done, where everybody seems to be overall pretty happy with the structure of the tours to the extent that we can control.

There are other things that we do want to do that provided the programming time, we would be able to implement. Some of those things are simple like adding new statistics and some things that we can display on the site to make the user-experience a little more in-depth. We have a sort of a development board of ideas and features to add to the site that is pretty long, and it grows every week. I know Tim would love to have a ladder system for additional competitions, not as part of the main tour structure, but just a separate thing as another outlet for more competitive play.

For more information on TGC Tours, check out the website. 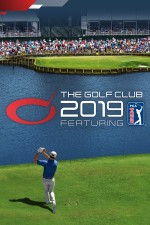