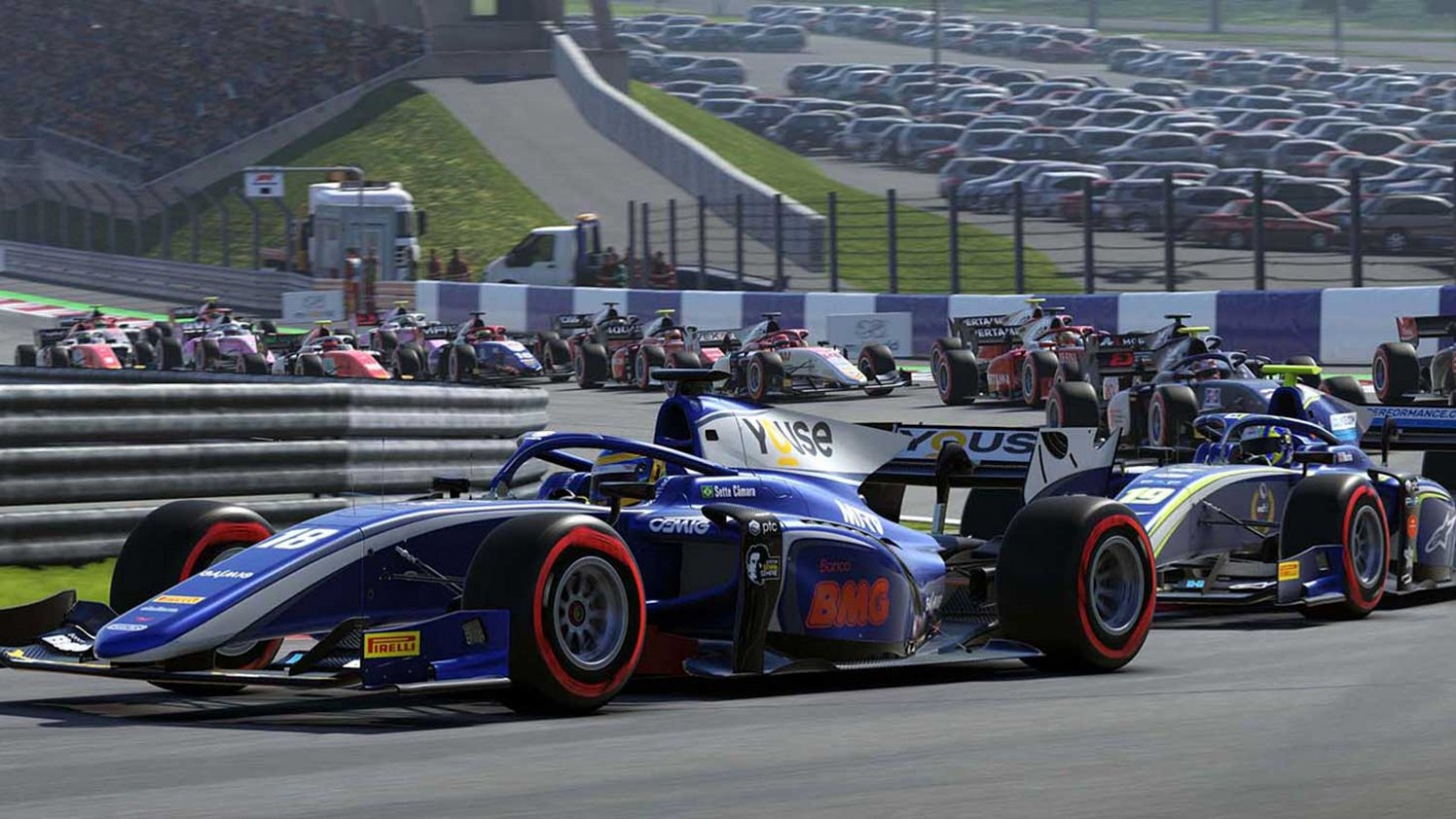 The F1 series has a well-earned reputation for demanding sim-based racing. If you want to feel the full torque and acceleration of your machine and think you can control that beast, then go ahead. That’s just one of the challenges of F1 2019, but it’s not the only metric by which this game should be judged, nor the only one by which it succeeds. Codemasters’ F1 series isn’t only for hardcore racers and F1 diehards; it’s for anyone who wants to race on the edge, who wants to build a top-flight organization, and who wants to test their mettle turn after turn and season after season.

The world of F1 is relentless in its competition, whether that’s on the track, between teams’ R&D departments, or even rival drivers within your own team. F1 2019 has all of these, and importantly, it keeps them in reach of drivers of all abilities. The F1 cars are responsive in acceleration, braking, and control, with the usual variety of helpers, like rewinding and changing difficulty settings. Regardless of your play style, you get tense and triumphant moments, like when a competitor threatens to overtake you as their DRS kicks in along the back straightaway, only for you to dive hard into the corner and hold them off. In specific gameplay terms, the braking feels a touch easier to lock up this year, but it’s not hard to adjust to and I could manage it without losing time or position.

The addition of F2 racing in certain areas (Codemasters plans to add the full 2019 F2 schedule to season mode after launch) provides additional challenge through cars that are harder to control, whether that’s slowing them down entering corners or controlling them on exit. The feeder series’ is used as a preamble to the career mode, and although the two drivers you meet via cutscenes in F2 follow you into F1, their presence and effectiveness as a storytelling device tapers off once you’re in F1. For instance, I beat a long-standing nemesis from my F2 days, Devin Butler, in a multi-race rivalry faceoff and I didn’t even get to revel in my victory through a cutscene.

Thankfully, F2’s relatively small inclusion in the career mode doesn’t blunt how good the career mode is overall. New this year is the ability to sim practice sessions for a modicum of resource points for your R&D department – a nice way to give more casual players options while still rewarding those who want to put in the time investment. The career mode is filled with such balance. A part fails R&D? You can work harder next practice to get points to try again, as well as buy a durability upgrade for the appropriate department to help you next time. Lose a rivalry matchup? You can still further your reputation by earning team upgrades and perks during the next contract-negotiation session. Even when I wasn’t doing well, it didn’t feel like the beginning of the end – only the start of my next opportunity.

You can also find versatility in the new user-created leagues multiplayer feature. Creating or participating in a league is easy, and I appreciate options like being able to have a set day to race or leave it up to the discretion of all involved, and the ability to have A.I. cars present on the track but not in the league standings. However, differentiating between ghosted A.I. cars and non-ghosted real players during races is confusing when everyone’s piling up going into a corner.

Customization is also a big part of this year’s multiplayer, but the cosmetic choices for your suit, gloves, and liveries are basic, so far. Most can be unlocked purely through earning and spending the in-game currency, but a few Premium items can only be bought with real money. This monetization isn’t obnoxious, and the customization options are more notable for the fact that there isn’t an in-depth livery editor and there are no face-sculpting options.

You should play F1 2019 not just because you’re an F1 fan or the hottest thing that’s ever gotten in a cockpit. Do it because you want to experience the thrill, the heartbreak, and the satisfaction of competing at ridiculously high speeds. Trust me, you do. 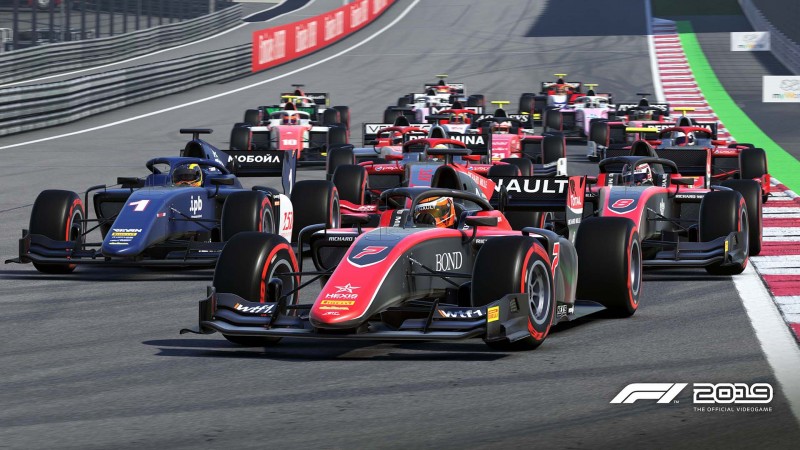 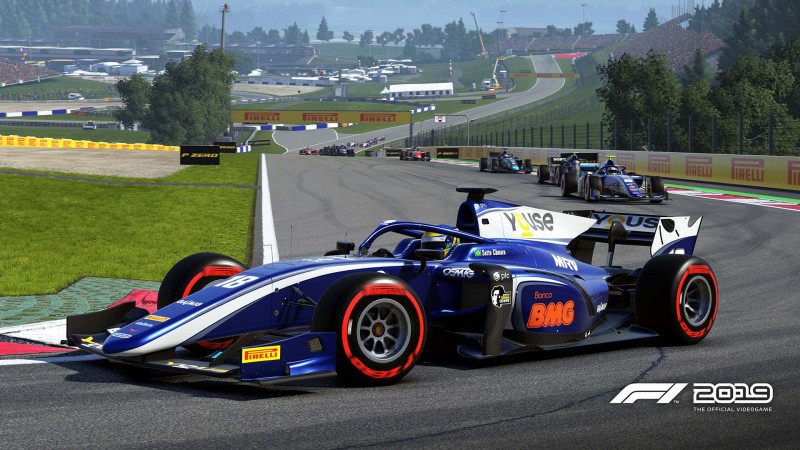 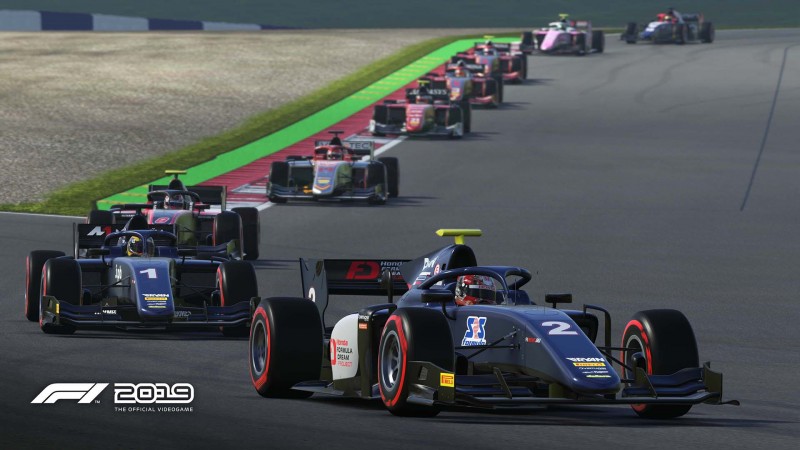 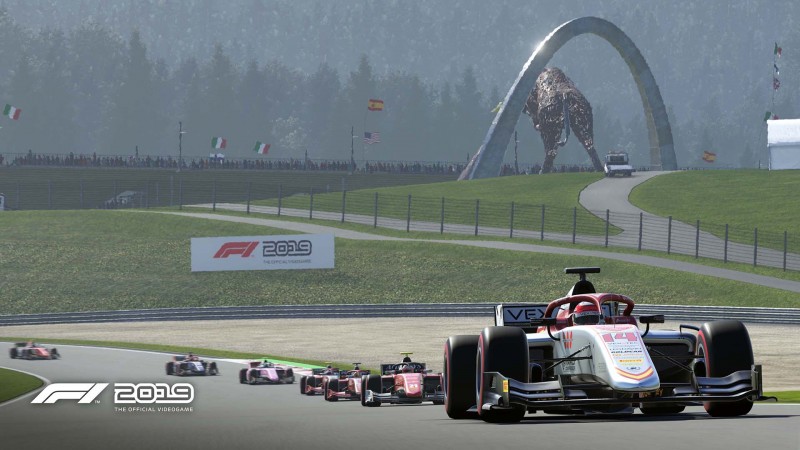 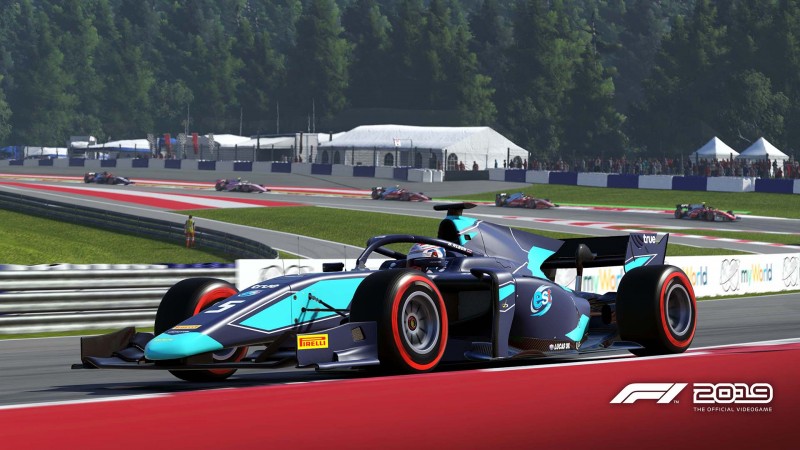 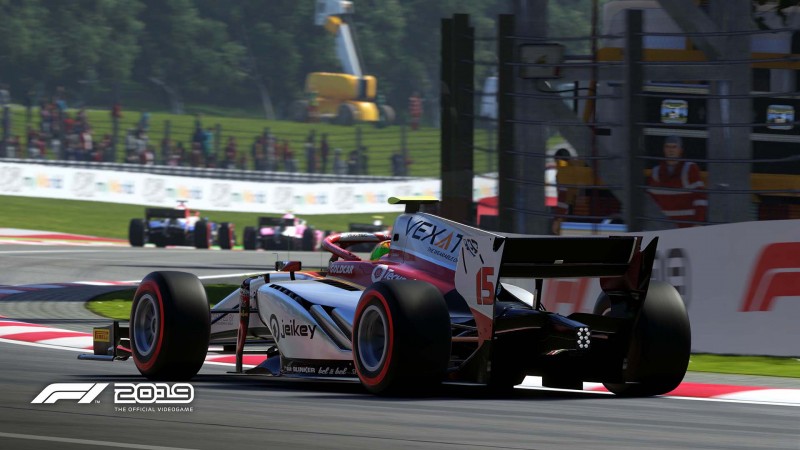 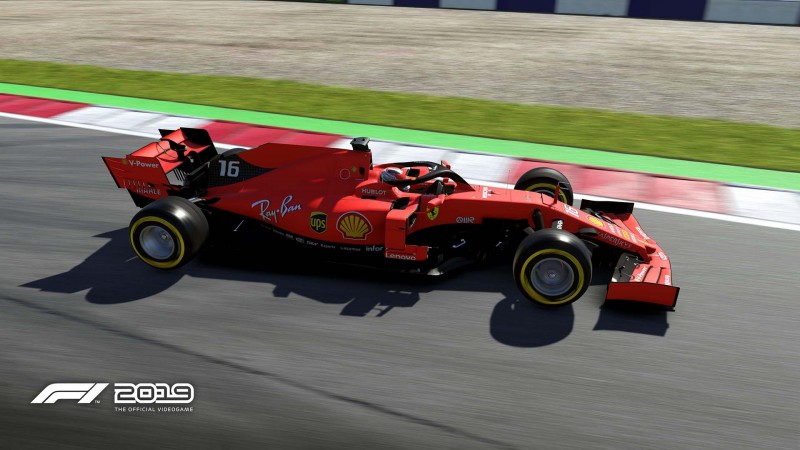 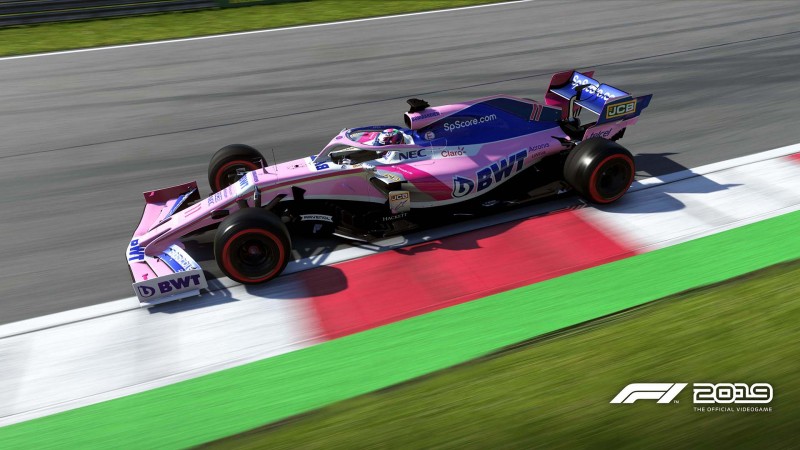 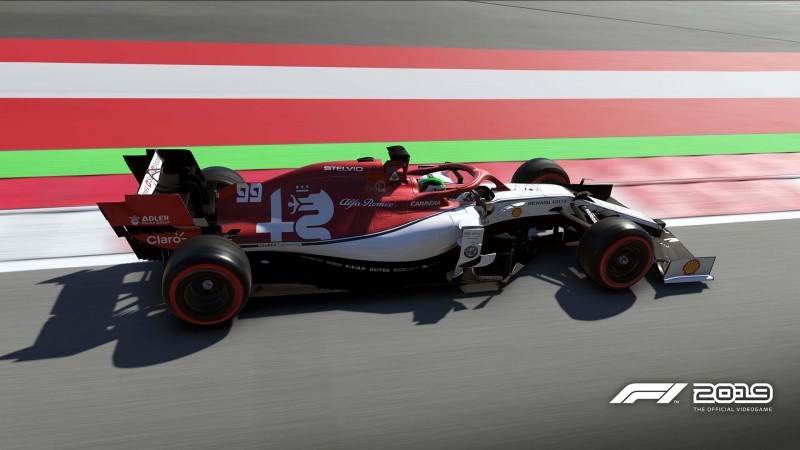 Off
8.75
About Game Informer's review system
Concept
Custom multiplayer leagues add to an already-great career mode. The latter has some minor additions, including a brief stint in the F2 feeder league
Graphics
Objects on the horizon can exhibit some graphical degradation, but it isn’t a serious issue
Sound
The commentary lines are old and often not that interesting. F2 announcers have been added, but they don’t break out of the mold either
Playability
Pushing the F1 cars to their limits is fun, and the F2 cars have their own feel and are actually harder to drive
Entertainment
Whether guiding your car, career, or league, F1 2019 has plenty of options to keep you covered and entertained
Replay
High 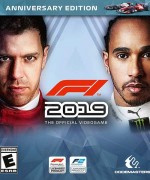