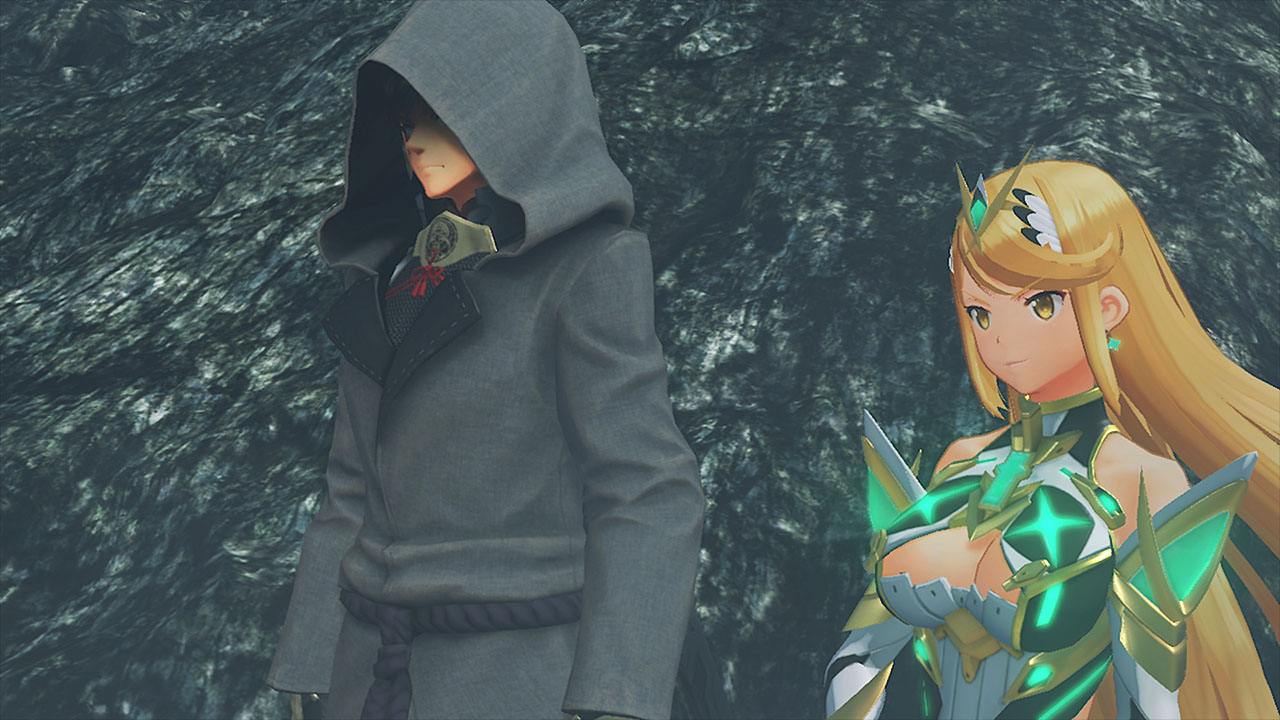 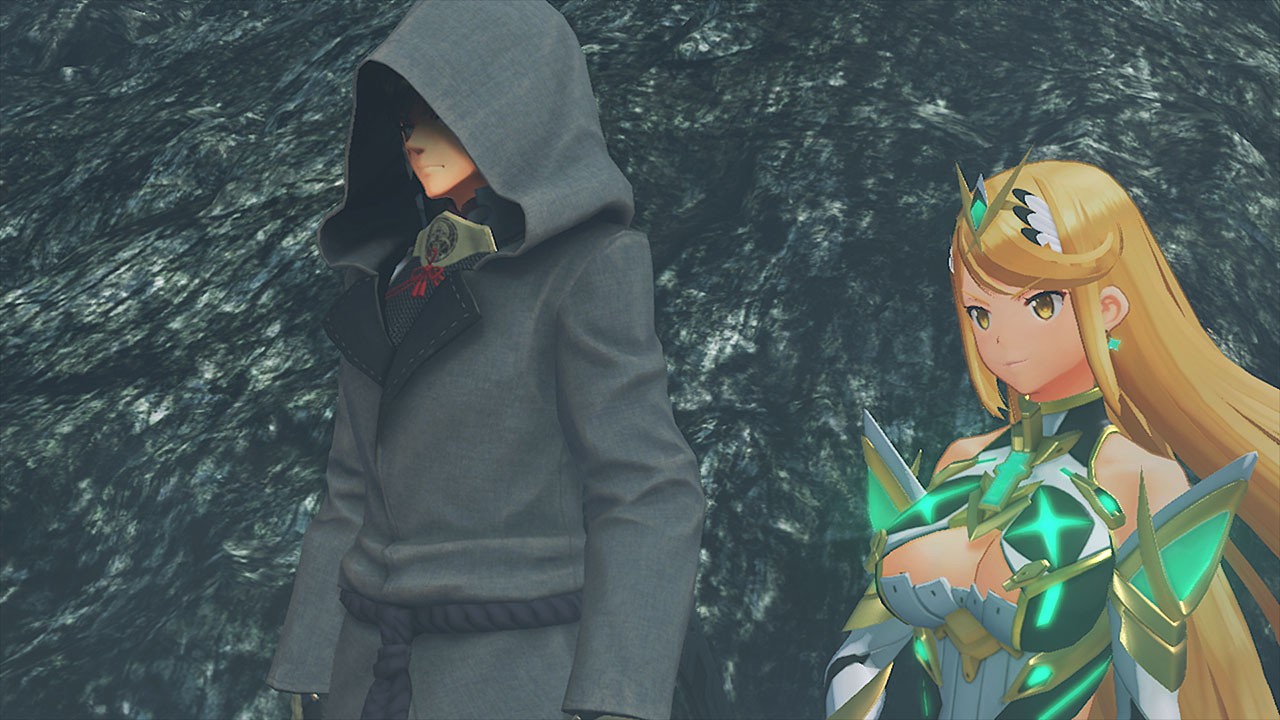 In Xenoblade Chronicles 2, players could easily spend 100 hours fighting monsters, completing sidequests, and collecting items. While that lengthy RPG was worthwhile (especially after post-release enhancements), repetitive and mundane quests made many of those hours feel like bloat. As a comparatively short expansion, Torna: The Golden Country had the opportunity to trim the fat and present a more focused experienced. It doesn’t. Instead, The Golden Country doubles down on the busywork, making more of it mandatory while providing fewer rewards for your effort.

The Golden Country details events that occurred 500 years before Xenoblade Chronicles 2, and that story is the biggest draw. You learn about characters and conflicts that were only briefly explored before, like Jin’s relationship with his driver Lora, and the confrontation between Mythra and Malos. The gravity of the tale depends on the player’s knowledge of these characters and how the world eventually changes in response to their deeds (this is not a good place for newcomers to join), and I enjoyed seeing the narrative threads that connect the two time periods. If you are a fan of Xenoblade Chronicles 2, these moments alone make The Golden Country worth playing, as long as you’re willing to pay the price.

Of the 17 hours it took me to finish The Golden Country, only about half of that time was spent participating in the new narrative. For the rest of it, you can expect to complete a series of boring fetch and collection quests thanks to the new community system. When you complete a sidequest, the quest-giver (and sometimes other characters) join your community, which is a visual representation of all of the people you’ve helped. They don’t impart any bonuses or benefits, but the more people you aid, the higher your community level rises. This seems like a neat idea at first, but the problem is that your community level only has one main purpose: preventing you from progressing in the main story. At a couple points, you aren’t allowed to take on the next central quest until you hit a community threshold. For example, you can’t fight the final boss until level four, which involves sinking hours into tedious chores that aren’t interesting, well-written, or connected to the narrative in any meaningful way. This structure kills the pacing and pointlessly inflates the amount of time The Golden Country requires.

Though it has trouble balancing quality and quantity, the game isn’t a constant slog. You get in a lot of battles along the way, and the combat system has been revamped and improved for this entry. It’s still a real-time affair that has you auto-attacking and activating skills, but an increased focused on character-switching makes the action feel more fluid. This means less waiting for cooldowns and more direct control, and it makes encounters more entertaining and engaging. However, one problem that still remains is variety; enemies rarely require any variation in your tactics, so regardless of your opponent, battles usually follow the pattern of lining up combos and stacking elemental orbs.

Despite the legacy issues, developer Monolith Soft has also learned some lessons in the last year. One of the biggest aggravations from the base game, shuffling party members to complete field skill challenges, is no longer a factor in The Golden Country. All available characters are always at your side, and they don’t have redundant skills (only one character has superstrength, for instance). I appreciated knowing my success or failure immediately without wading through menus to see if I can squeeze out one more point of fortitude somewhere. I’m also glad to see features that were added later to Xenoblade Chronicles 2 included here, like new game+ and an auto-battle option.

Cool story moments and combat improvements offset some of The Golden Country’s frustrations, but not enough to entirely redeem the experience. It is missing some of the best parts of the base game (like the thrill of collecting unique allies and completing quests tailored to them), but retains many stumbling blocks that impeded the fun before. However, the way the story fills in gaps and provides insight into the characters makes The Golden Country a satisfying addition for fans who have already built up a tolerance for the sometimes-baffling quirks of Xenoblade Chronicles 2. 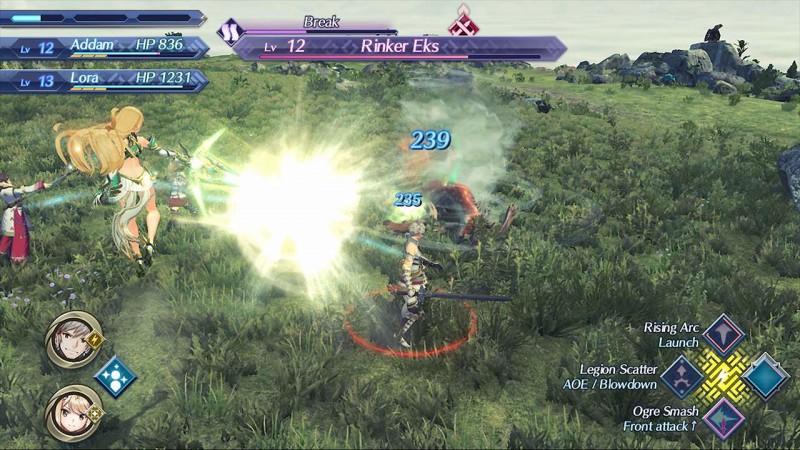 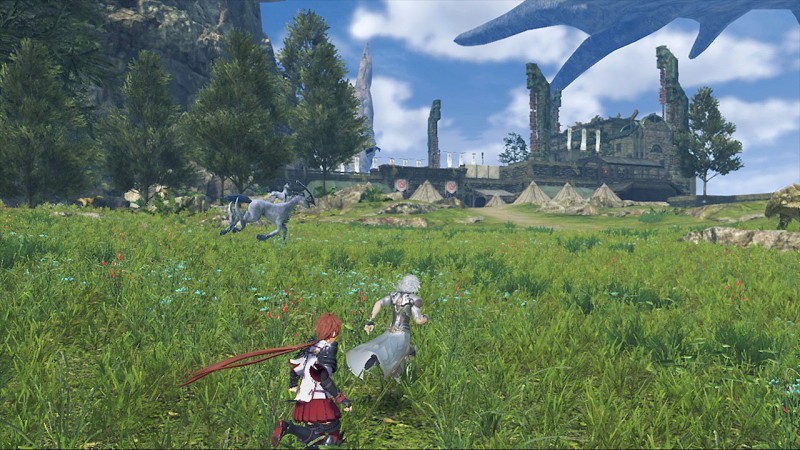 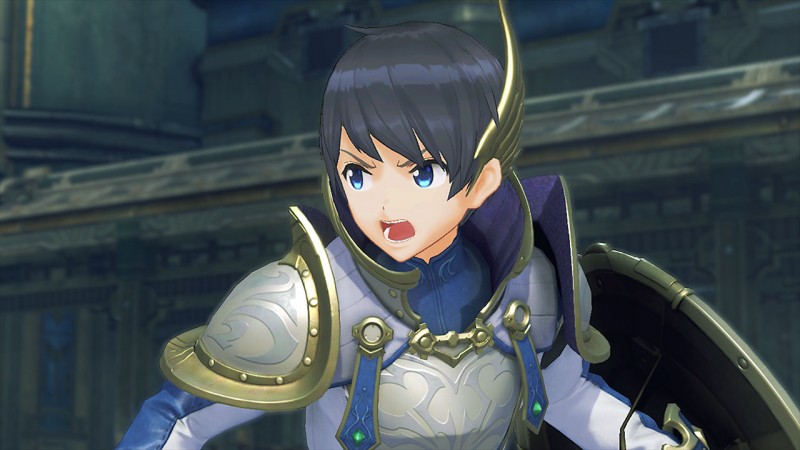 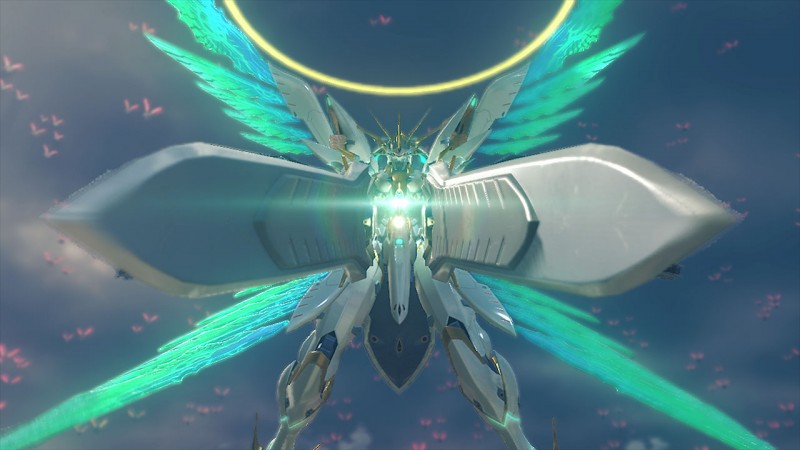 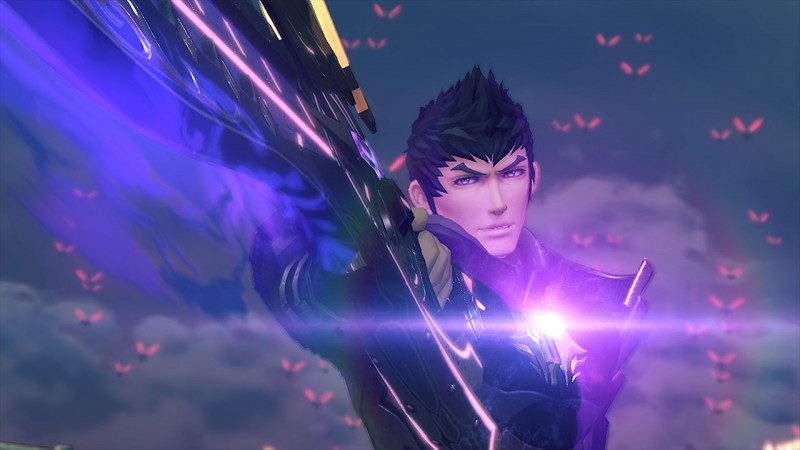 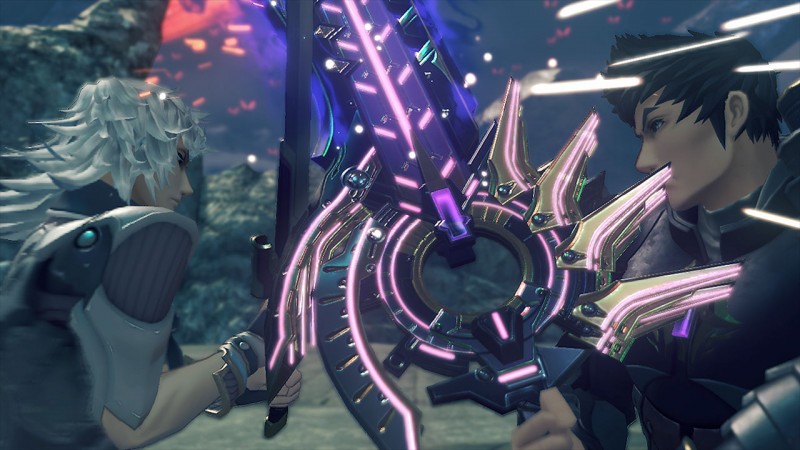 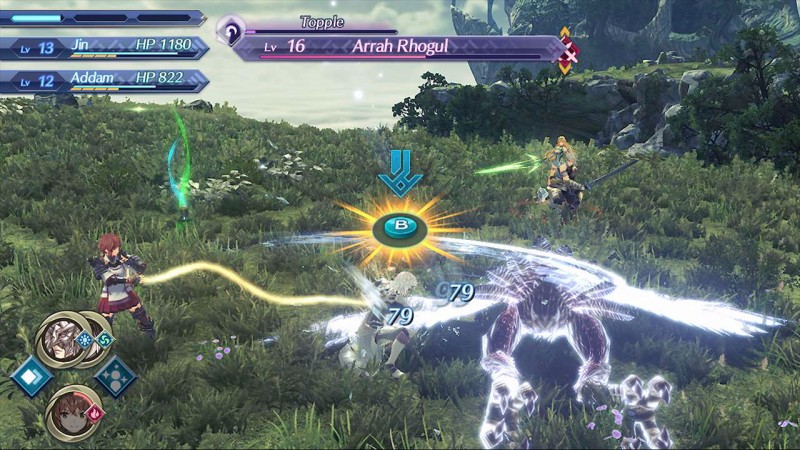 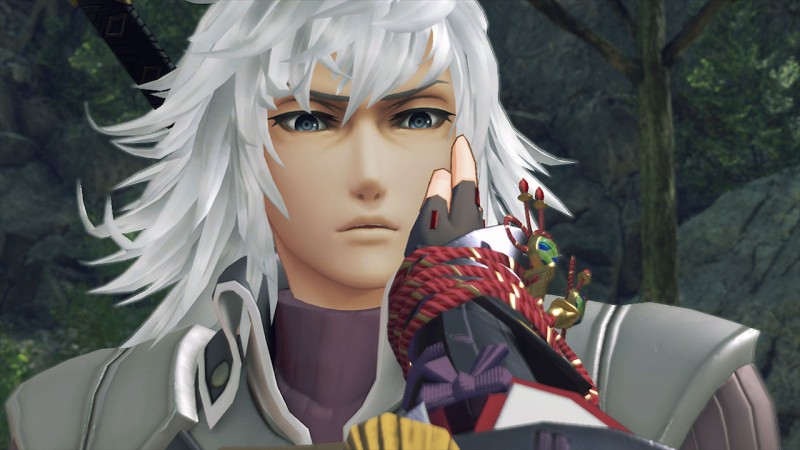 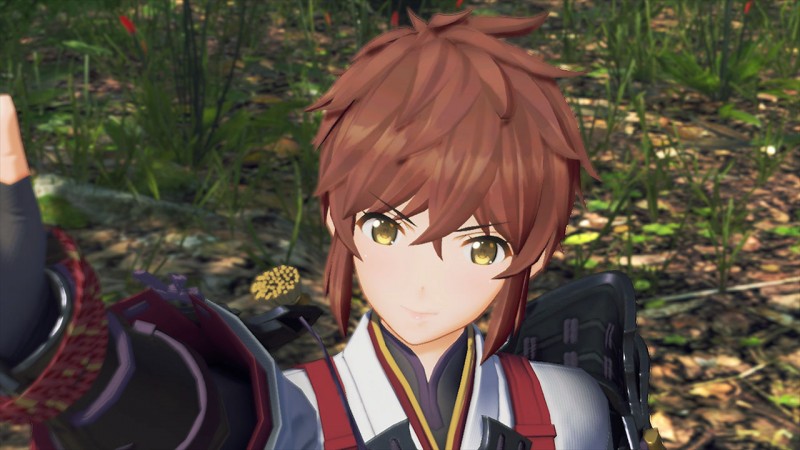 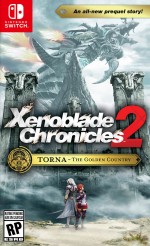 This standalone expansion is satisfying addition for fans who have already built up a tolerance for the sometimes-baffling quirks of Xenoblade Chronicles 2.

Purchase More Info
7
i
Game Informer's Review System
Concept See how the past influences the present in this prequel expansion featuring a new story with familiar faces
Graphics Handheld mode still takes a noticeable visual hit, but the characters and environment designs are consistent
Sound Voice performers from the base game reprise their roles, and the musical score is done well
Playability Multiple forms of progression and a complex battle system result in lots of unintuitive menu screens
Entertainment Though pacing problems make the journey far from riveting, the gameplay tweaks and overall story are worth experiencing if you’re already a fan of Xenoblade Chronicles 2
Replay Moderate