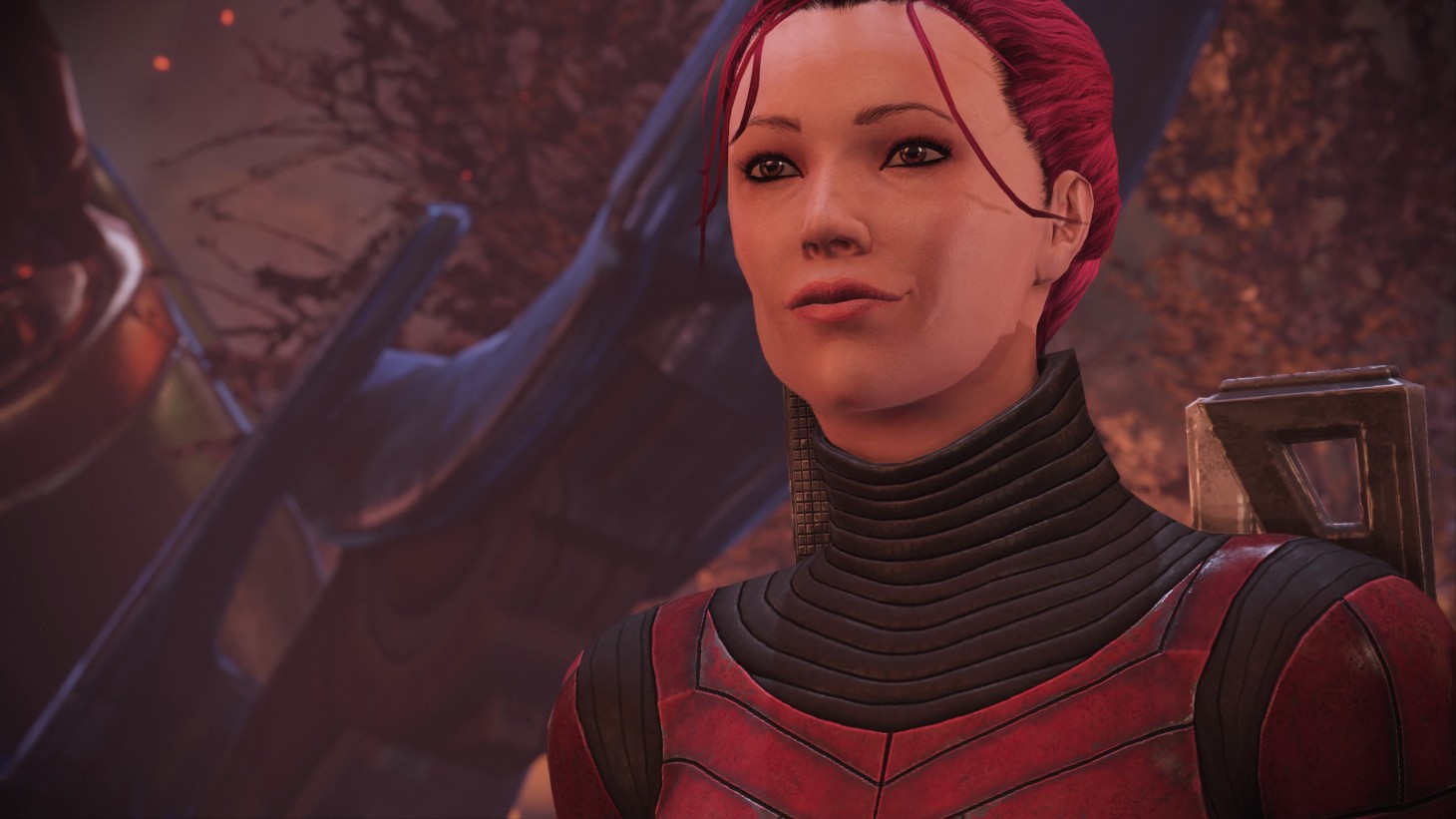 Mass Effect Legendary Edition Review – A Great Way To Honor Commander Shepard’s Legacy
by Kimberley Wallace on May 14, 2021 at 04:37 PM

Influential and poignant, the Mass Effect trilogy left a lasting impression on gamers, advancing the impact of choice in games and proving that personal connection endears players to the overall experience. It could have been a story merely about saving the galaxy, but BioWare created a rich and complex world full of unique and realistic viewpoints that factored into the difficult choices that must be made. With the fate of the galactic civilization on your shoulders, nothing came easy in Mass Effect, and that’s part of the reason the series still resonates with people all these years later.

The Mass Effect trilogy is a gaming experience that shouldn’t be missed, which is why finally having a remaster is such a big deal; not only in terms of keeping the series’ legacy alive, but also in allowing players an easy way to access and play through the story the way it is meant to be played with its DLC. While it’s not a perfect remaster, BioWare did an excellent job of updating Commander Shepard’s adventure to make it a better and smoother ride on the Normandy, and not just in the visual department.

The first Mass Effect received the most attention, which makes sense considering that game is now a teenager and hasn’t aged well. Even back when it launched in 2007, the first game was rough around the edges, as BioWare was still trying to figure out how to balance action gameplay with role-playing systems. Mass Effect’s unique sci-fi future always won out over any flaws or frustrations, but going back to relive these great moments came with some unfortunate caveats. With Legendary's improvements, that is no longer the case, and I enjoyed playing through the first game a lot more in the remaster.

Many mechanical aspects have been tweaked here, from removing class-based weapon restrictions to providing a more modernized HUD, but some changes feel more significant than others. For instance, the new Mako controls made a huge difference in my enjoyment of the game; the traditionally lumbering vehicle steers better, moves faster, and has better aiming mechanics for shooting. I used to dread hopping into this six-wheeled vehicle of chaos, but that all dissipated thanks to these smoother controls.

Speaking of better controls, ME1’s shooting is much improved and closer to ME2’s gameplay, with smoother targeting and all different gun types being useful from the get-go. You won’t forget you’re playing an older quasi-shooter, but it makes playing this first game much better. The visual enhancements here hit the hardest, especially the added detail to the lush environments, which now have richer vegetation, new particle effects, and improved lighting. The structures of these levels haven’t changed, but the way they’ve been visually improved makes them way more interesting to explore and I stopped to take in the sights more than ever before.

The visual improvements aren’t as vast in ME2 or ME3, but everything looks better overall. Enemies and alien species are the biggest beneficiaries, but the trilogy’s age is evident in the poorly lip-synced human faces. However, characters like Miranda look more natural, thanks to the better lighting and more realistic make-up alongside her fuller hair. In addition, most armor and casual clothes have better shine and realistic folds, especially on characters like Tali and Liara. These may seem like little details, but they are noticeable, adding to the immersion and just making for better-looking games.

In addition, better camera angles help scenes feel more organic, but, unfortunately, some flaws still carry over from the original entries, like characters having stiff movements or awkward mannerisms. You also still see the occasional technical hiccup; I experienced a few stutters, freezes, and instances of Shepard getting caught on the geometry. Also, be aware that while the load times are reduced (especially in the elevators), they’re still a little longer than what we’ve come to expect today.

Part of the fun of having the entire trilogy easily accessible in one place means being able to play the games back-to-back and seeing the evolutions and improvements between entries. I really appreciated being able to create a Shepard in ME1 that I could take across each game and not having drastic differences in her appearance between each game, adding a cohesive feeling. The new customization options for your avatar’s appearance aren’t grand, but I did like the more natural hair textures. A new photo mode also allows you to capture your favorite moments; it’s pretty standard and gets the job done, but the filters are limited.

Another great aspect of this package is it contains most of the DLC, such as standouts like Citadel, Lair of the Shadow Broker, and Leviathan. Sadly, The Pinnacle Station isn’t included due to being unable to recover the source code, and BioWare chose not to carry over Mass Effect 3 multiplayer at this time. The latter is the most glaring and disappointing omission. At the very least, the galactic readiness progress in single-player is no longer tied to this.

Even all these years later, Commander Shepard is a powerful force that lives up to their iconic status, and the trilogy is still captivating and worth your time. The Legendary Edition provides a great way to experience this powerful story, adding just enough enhancements to create a better experience while still staying true to the original. If you’re a longtime fan or haven’t had a chance to play through one of gaming’s milestone franchises, look no further than this remaster.

Seeing your choices carry over across three games is exciting, but it’s also about the squadmates you meet along the way. So, become Commander Shepard, rally people to your cause, make painstakingly difficult choices, and watch others around you grow stronger because of your influence. The sacrifices and rewards will stay in your memory, and the Legendary Edition is a terrific reminder of why all these years later, people still can’t stop talking about this series. 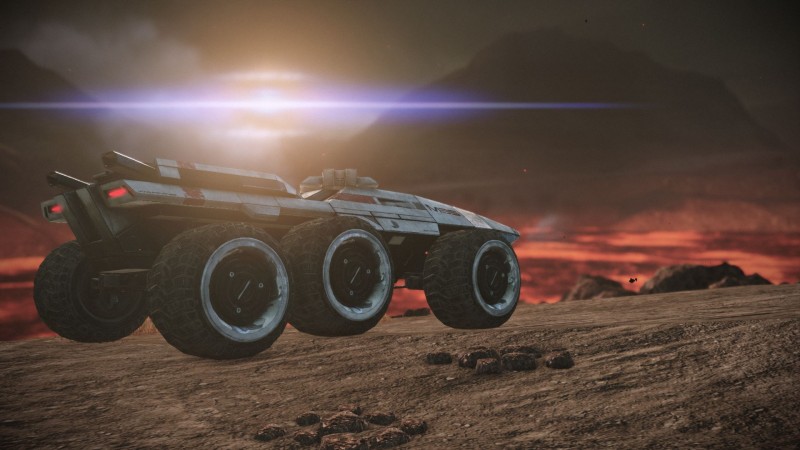 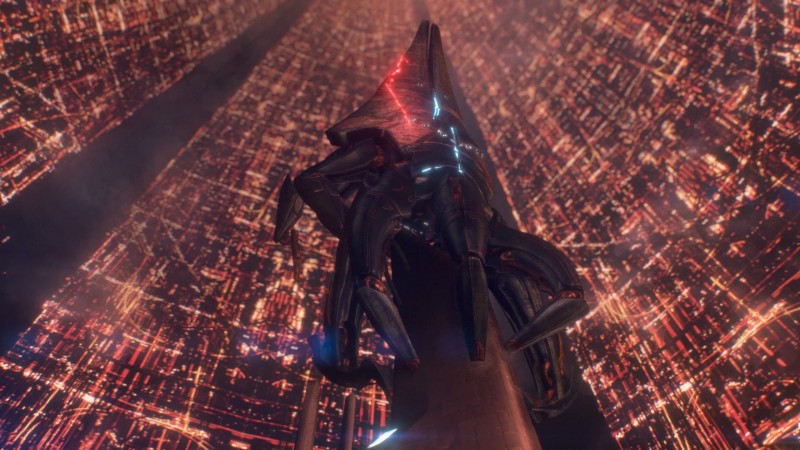 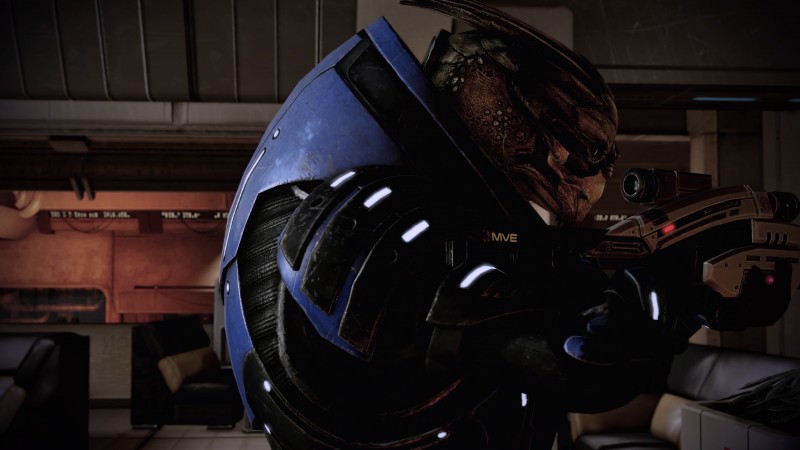 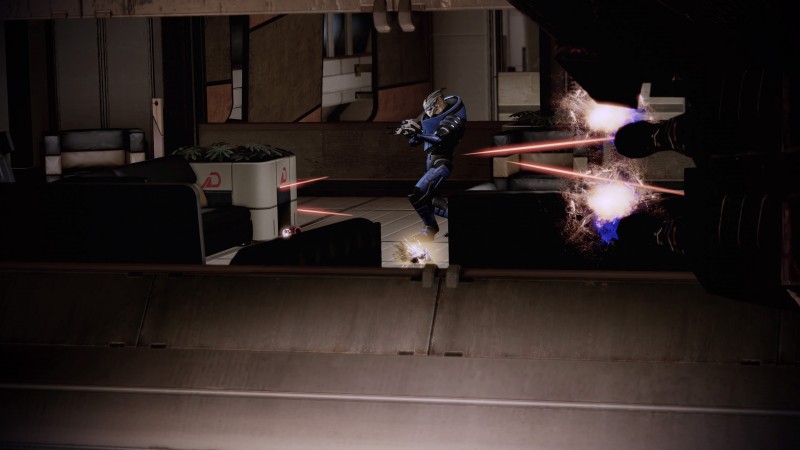 Off
9
About Game Informer's review system
Concept
Provide a one-stop-shop remaster to experience the iconic Mass Effect trilogy which includes the majority of the DLC and various quality-of-life improvements
Graphics
The graphical enhancements are mostly for the better, especially in the more detailed environments and different alien species. The humans and their mannerisms are hit-or-miss
Sound
A moving soundtrack and stellar voice performances make Commander Shepard’s journey shine brighter
Playability
BioWare made the trilogy much more approachable for a modern audience, especially with the updates to the first game, which include smoother Mako controls and better gunplay
Entertainment
Mass Effect Legendary Edition updates the trilogy in smart ways while retaining its essence, giving fans and newcomers alike a fantastic way to experience one of the most memorable series in gaming
Replay
High