Call of Duty: Vanguard is a tale of three games. As is sometimes the case, several of the pillars lift up the package – and one brings it down. Vanguard’s campaign is weak, but multiplayer and zombies carry the title to victory. Let’s break down each experience.

We’ll get the rough bit out of the way first; The campaign is ambitious and beautiful in scope, taking players to multiple key locations, including Stalingrad, the Pacific, and even North Africa. While this showcases some excellent environmental diversity and its throbbing soundtrack begs to get the blood pumping, everything around these elements remains in the doldrums. Since the narrative jumps around from scene to scene, none of the characters carry any weight. They are chunks of lifeless cardboard that fail to reach even the one-note action movie tier.

These characters are placed into boring segments that are as dull as possible and formulaic, without real opportunity to shine. While big arenas full of opponents to fight are nothing new for Call of Duty, it's even more tiresome engaging in the non-arena segments. There's no cool subterfuge mission to break up the humdrum, only tasks that will leave you begging to just clean out another kill room. It’s a shame, because some of these scenarios and characters feel like they should have been slam dunks. 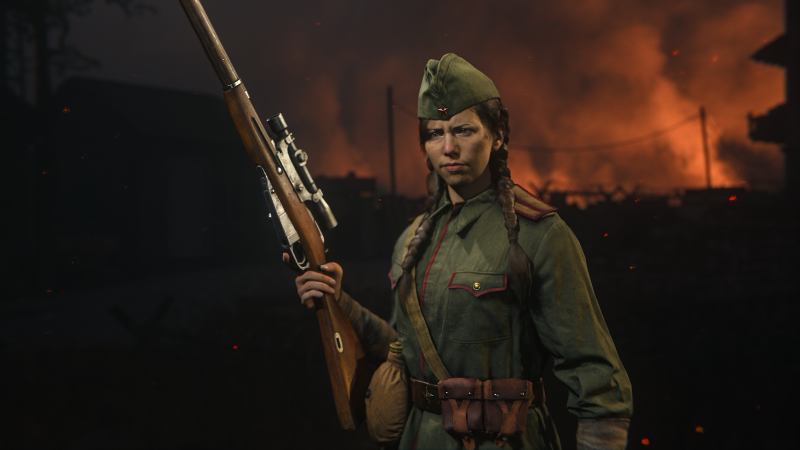 Vanguard has all the trappings of a ready-made Enemy At The Gates sniper vs. sniper scenario. Unfortunately, it drops the ball and delivers one arena after the next full of trash to kill without ever realizing that sniper fantasy. You must run under desks, fighting a never-ending slog of light flashes, as you climb up rocks and walls. Unbelievably annoying trial-and-error stealth segments are shockingly juxtaposed against bombastic action sequences. I found it puzzling that one of the characters in the game basically has superhero powers, allowing them to see enemies through sight obstructing scenery and auto-aim on-demand with a combination of god-sight and bullet-time. The multitude of scenarios and segments look gorgeous, but the good looks can’t save this journey.

The narrative never decides if it wants to stay grounded in the harsh realities of World War II or go hard on the ham, with absurd caricatures of sniveling villains who would be more at home in a bad comic book. This dissonance is pronounced, bizarre, and runs through the lifeblood of the entire experience. Call of Duty campaigns tend to run from strange to spectacular to emotionally resonant – this one is none of those and easy to skip. I will marvel at how this campaign made a revenge-fueled badass sniper scenario feel like being stuck in traffic for years to come.

Multiplayer succeeds, but not due to the addition of any gun, super-slide, or jetpack mechanic. The key to the online offering is some highly impactful decision tools on top of its already best-in-class shooting and customization. The most impactful device to the core systems is the addition of a Combat Pacing dial. With Combat Pacing, you can influence the player count and time-to-engagement of all the activities you favor. This probably seems like a small thing, but it’s great because you can select exactly the kind of multiplayer matches you want, on top of the core game modes like Kill Confirmed, Hardpoint, or Domination. When I felt like lobbing a bunch of grenades while packing a shotgun loaded with incendiary ammo, I dialed into Blitz mode, which caters to instant action with an almost immediate time-to-engagement. When I wanted something where I might not see a player immediately and had time to aim a rifle before getting shot, Tactical pacing was perfect. Even if you don’t want to turn dials, Assault is a great standby for the standard-issue Call of Duty multiplayer. 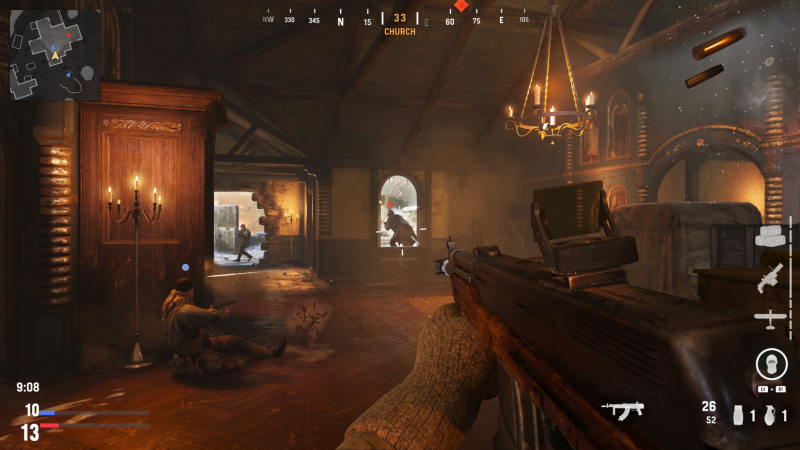 Combat Pacing is subtle but a bigger deal than any of the new multiplayer offerings. Still, Vanguard has a handful of new modes. Patrol offers a moving Hardpoint to protect, but it “patrols” around a map, and Champion Hill gives players some small-scale shenanigans to engage in. Champion Hill is sort of an evolution of Gunfight mode, with more player choice and many teams all playing tournament-style at the same time. Selecting your path to victory via purchases in the hub and taking on other teams for lives and cash has a different feel in terms of small-scale skirmishing, and I enjoyed it. Of course, the gunsmith provides a host of options to explore for multiplayer, allowing you to tweak every weapon to your heart’s content, up to and including ammunition types for a little extra bang. 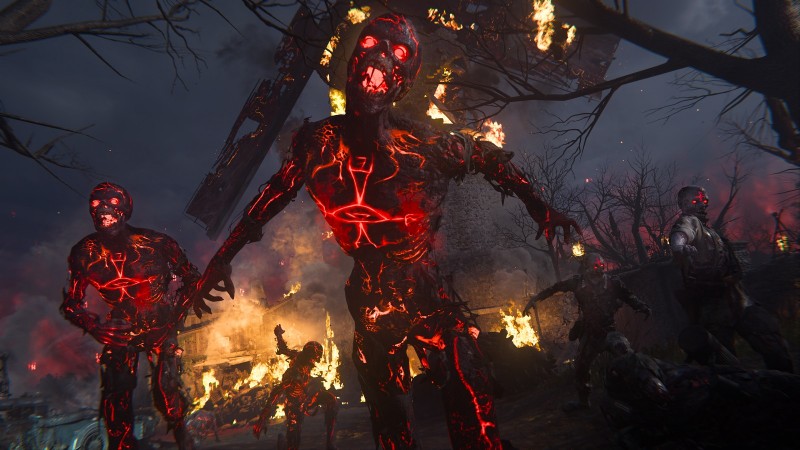 Last but certainly not least is Zombies, which Treyarch designed. The studio’s undead intuition rarely misses the mark, and Call of Duty: Vanguard is poised to take zombies down a fantastic road. This iteration is a bit like a roguelike zombie dungeon crawl, and that’s pretty awesome. Featuring hints of the recent Outbreak mode, players are tasked with taking down a demonic entity while wielding otherworldly powers of their own, including rings of fire and icy doom, which lets you summon a blizzard. All of the fun Zombies trappings like Pack-A-Punch, Mystery Box, and other upgrades are served up hub-style in a base where players hang out between missions. Don’t be fooled thinking you’ll get a break in town; Zombies mode is as fast-paced as ever with a neon arcade-action glow and streamlined upgrades that keep you in the action.

With your team, pick from a selection of classic shooter activities where you’ll escort a magic object, survive until the clock runs out, or slaughter enemies for drops. Many of these elements we’ve seen before, but they’re arranged in an incredibly potent way. For instance, I appreciated the lack of tedious travel time found in Outbreak – click on a portal, and you’re on to the next task. Special abilities acquired and leveled up after portals that can change your kit substantially. Essentially, Vanguard distills a lot of the cool stuff about Zombies into a compact package and then spreads cool quips and dialogue throughout. Thankfully, you can still throw monkey bombs. However, none of the story beat Easter egg stuff was in the version I played; those are expected to arrive with Season 1.

Call of Duty: Vanguard’s campaign misses the mark, but multiplayer and Zombies do the heavy lifting to get the title to a good place. If you’re most invested in the single-player experience, you can pass on this year’s entry, but if you’re into the other modes, Call of Duty remains an excellent choice for some shooting, looting, and zombie executing. 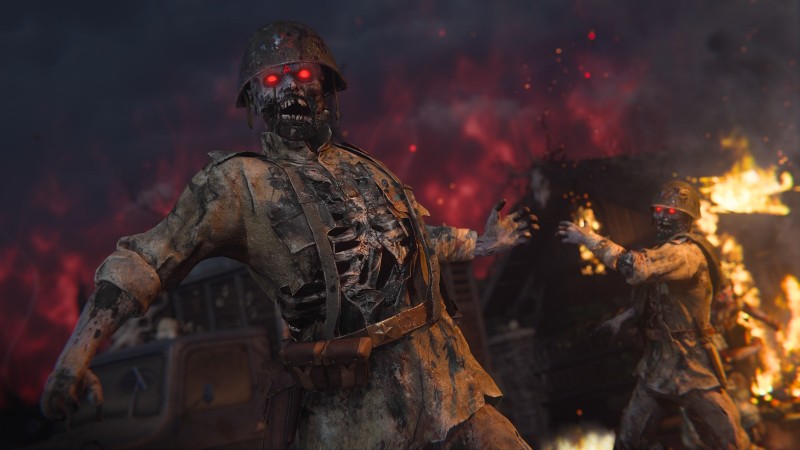 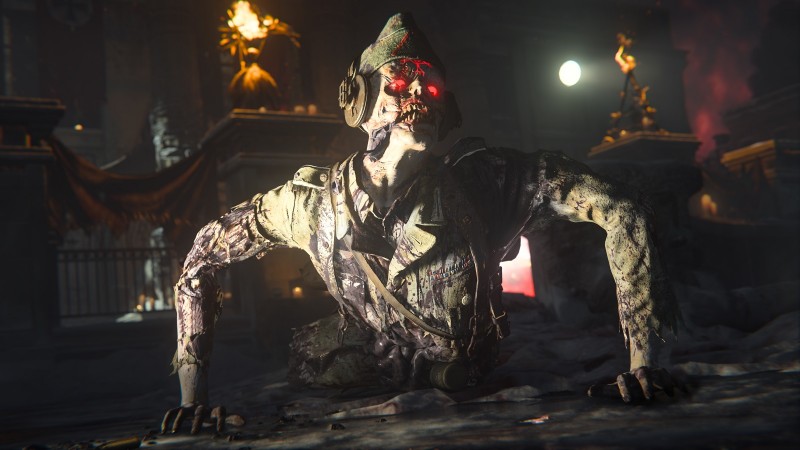 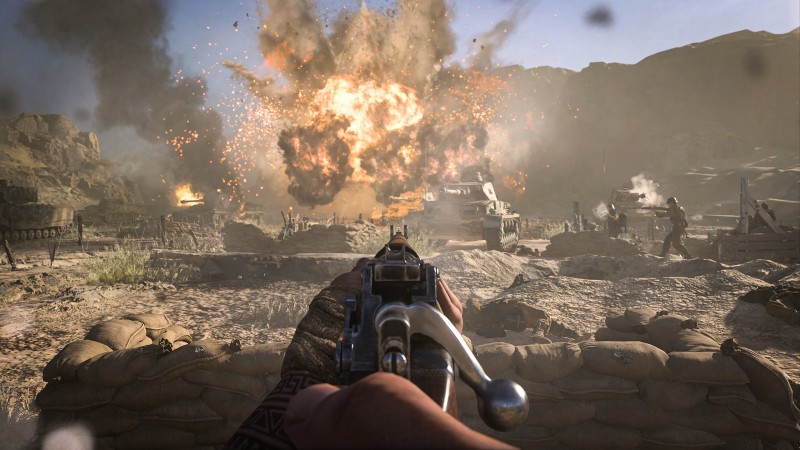 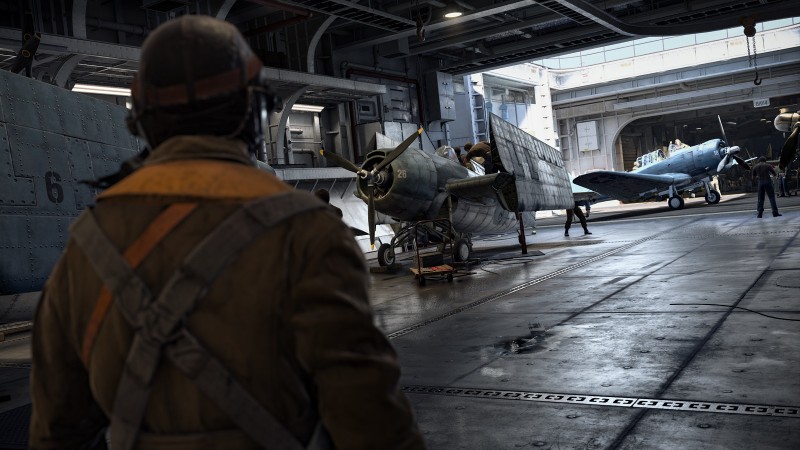 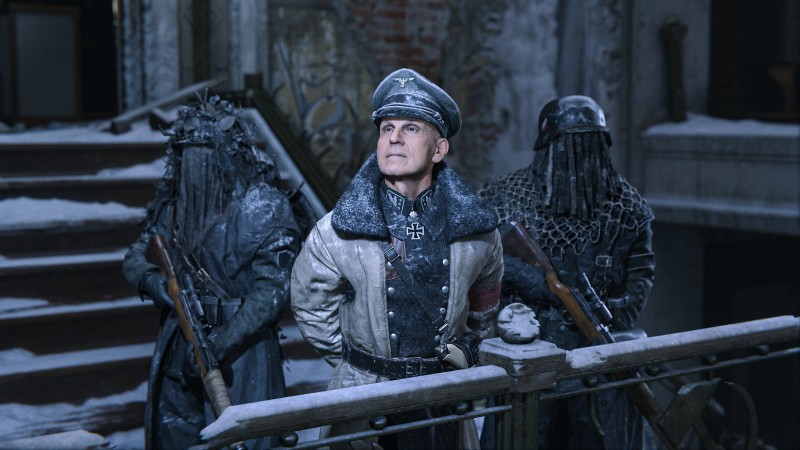 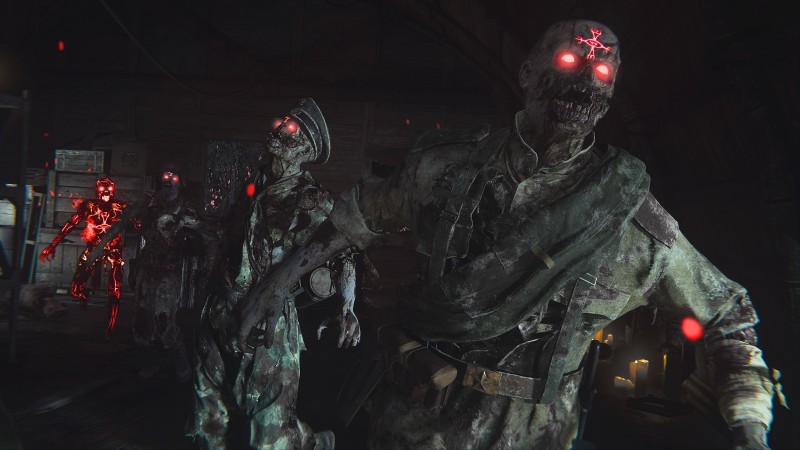 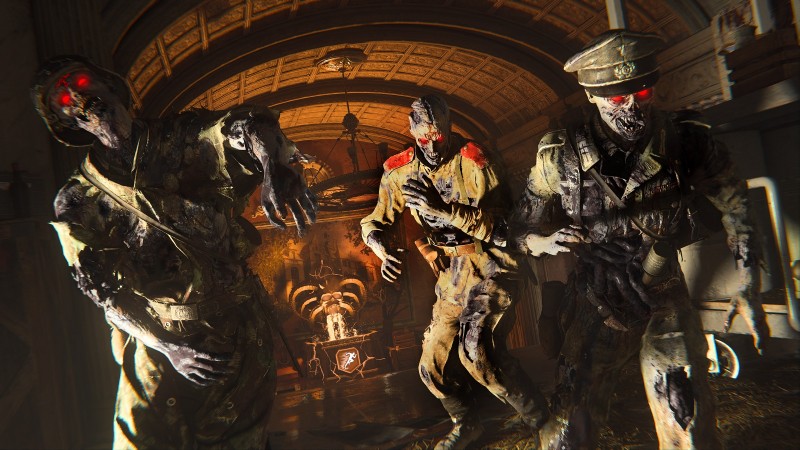 Off
8
About Game Informer's review system
Concept
Experience a World War II-themed shooter in a cross-theatre campaign, multiplayer, and zombie modes
Graphics
The visuals are great, from epic stormy skies over the Pacific to moonlit evenings over North African encampments
Sound
The sound effects punctuate the combat, with a soundtrack that highlights rising and falling intensity depending on the situation
Playability
It’s as easy as ever to pick your settings and engage in whichever core pillar of Call of Duty that interests you
Entertainment
Vanguard is an overall solid pick with a lackluster campaign, a nascent but incredibly promising zombies experience, and multiplayer with a few critical new aspects.
Replay
High