Metroid might not have the widespread popularity of Zelda or Mario, but our enthusiasm for Nintendo's sci-fi action platformer rivals those blockbusters. Nintendo announced Dread only a few months ago, during the company's E3 2021 Direct presentation. Now we're less than a month from its October 8 release, so here is a quick overview of everything you need to know before playing Metroid Dread.

Who is the developer?

Metroid Dread is being made at MercurySteam, a studio that Nintendo previously worked with on 2017's Metroid: Samus Returns. Before that, MercurySteam developed Clive Barker's Jericho, Castlevania: Lords of Shadow, and Castlevania: Lords of Shadow 2. The studio has a solid track record with a few exceptions, so we're hopeful that Metroid Dread will live up to the hype.

Is this a direct sequel?

Nintendo has billed Dread as a direct sequel to the 2002 title Metroid Fusion, released initially on the Game Boy Advance, making Dread the fifth official entry in the 2D Metroid series. Nintendo also said this title concludes the main storyline focused on Samus' interactions with a parasitic race of creatures called Metroid.

Do I need to play the rest of the series before I play Dread?

Metroid has never been a story-heavy series, and we're sure Nintendo will bring players up to speed on any crucial details they need to know as they play this game, but you probably don't need to play the earlier Metroid games to enjoy Dread. That said, many of the earlier Metroid games are still enjoyable today (especially Super Metroid), so it's worth going back and checking out those titles if you missed them the first time around.

How long has this game been in development?

The name Metroid Dread first surfaced not long after the release of Metroid Fusion in 2002. Series producer Yoshio Sakamoto has said that he tried to develop Dread for the Nintendo DS handheld at least twice. After MercurySteam released Metroid: Samus Returns in 2017, Nintendo revived the Dread name and greenlit the project for the Switch. 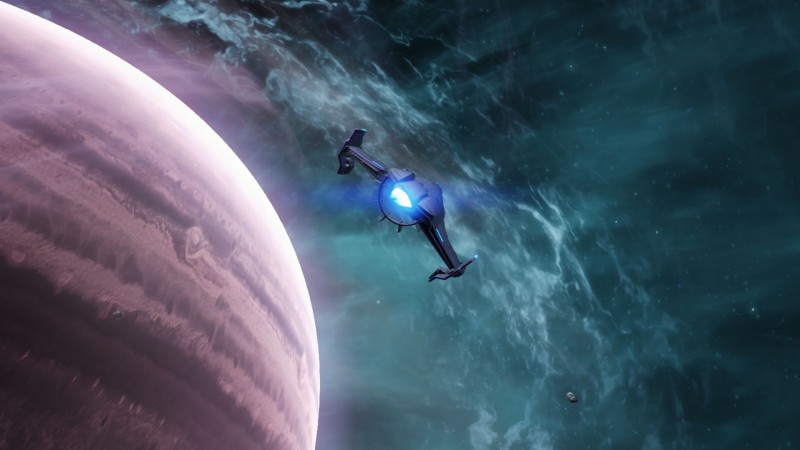 Bounty Hunter Samus Aran is back. In Metroid Fusion, Samus explored a space station swarming with hostile, shape-shifting organisms called X Parasites. After Samus dealt with that potential catastrophe, the Galactic Federation received proof that suggests the X Parasites survived destruction and are now infecting the remote planet of ZDR. In response, the Federation dispatched a team of robots to investigate the world. But when those units vanish soon after arrival, Samus Aran is tapped to get to the bottom of this mystery.

Thanks to the events of Metroid Fusion, Samus has immunity against the X Parasites. Unfortunately, X Parasites aren't the only threat on ZDR, and Samus soon encounters a member of the ancient alien race, called Chozo, who attacks Samus and steals her abilities. When Samus awakens from this attack, she discovers she is deep beneath the surface of ZDR and must work her way back out while contending with the team of Federation robots now hunting her.

What do we know about Planet ZDR?

Not much is know about Planet ZDR. This remote alien world has a purple atmosphere and is home to a large, fang-toothed monster known as the Corpious. The Corpious has no legs and drags itself overland with two muscular arms. The beast can also turn invisible and attacks foes with a long, scorpion-like tail.

ZDR's deep underground caverns, an area labeled Artaria, are full of rocky outcroppings and underground waterfalls. Cataris is another zone within planet ZDR, and this area is an industrial station used to transport thermo-powered energy from surrounding magma reserves. The extreme heat in this zone can damage Samus' equipment until she gains a Power Suit.

Longtime fans may remember Commander Adam Malkovich, a "celebrated military genius" who served in the Galactic Federation Army. When Samus was younger, she served under Malkovich, as detailed in Metroid: Other M. Samus also reflected on Adam a few times during her adventure in Metroid Fusion and even named a computer A.I. after him. The AI version of Adam returns in Dread, but he won't order Samus around. Instead, this A.I. functions as the game's loremaster, so it is more a means to dish story details to the player.

The Galactic Federation's Extraplanetary Multiform Mobile Identifiers are high-tech operations robots created for "research applications." However, these E.M.M.I.s are also potent tools of destruction. The E.M.M.I.s were designed to be DNA-extracting machines, and they now hound Samus across Planet ZDR, likely because Samus has some Metroid DNA.

The E.M.M.I.s are not easily destroyed. In fact, Samus can only dismantle them if she temporarily upgrades her arm cannon at set locations on Planet ZDR. As a result, Samus must sneak past these machines. This is no easy feat because E.M.M.I.s can hear Samus' footsteps and relentlessly chase her down if they catch wind of her presence. When an E.M.M.I. grabs Samus, players have a tiny window to perform a melee counter, which gives Samus a chance to escape. If players fail this counter, the E.M.M.I.s instantly impale her, resulting in a Game Over.

The Galactic Federation dispatched seven E.M.M.I.s to Planet ZDR, and each one is a different color. E.M.M.I.s have different abilities. For example, the green E.M.M.I. can crawl through tight passages, yellow can run at high speeds, and blue can freeze and shatter objects.

What abilities does Samus gain?

Metroid has always been a series focused on exploration. As Samus probes the depths of Planet ZDR, she slowly uncovers new weapons and abilities that give her access to new areas. This loop has always been at the heart of Metroid, and that won't change with Dread.

Samus retains access to many of her staple abilities, such as her arm cannon, missiles, grapple hook, and the morph ball that allows her to access out-of-reach areas. In Metroid: Samus Returns, MercurySteam introduced a melee counter that lets Samus parry enemy attacks, exposing them to brutal counterattacks. This technique returns for Dread. However, Samus also has a few new moves, such as a slide that allows her to quickly slip through tiny spaces without transforming into her morph ball.

During Samus' adventure, she also gains access to powerful new tech and weapons. A Phantom Cloak ability temporarily renders Samus invisible. However, this power drains a resource called Aeion, which was also introduced in Samus Returns. Unlike the last game, Aeion now slowly replenishes over time. Another Aeion ability called Flash Shift allows Samus to dash across the screen.

Not every power requires Aeion. For example, the Spider grapple helps Samus climb walls and ceilings marked with a blue, magnetic surface. This is similar to the Spider Ball from previous Metroid titles; however, it doesn't require that Samus enter her morph ball form. Meanwhile, a weapon upgrade called Storm Missile lets Samus lock on and fire a volley of missiles at multiple targets. Samus can lock onto up to five targets using her free aim, shooting three missiles at each target. 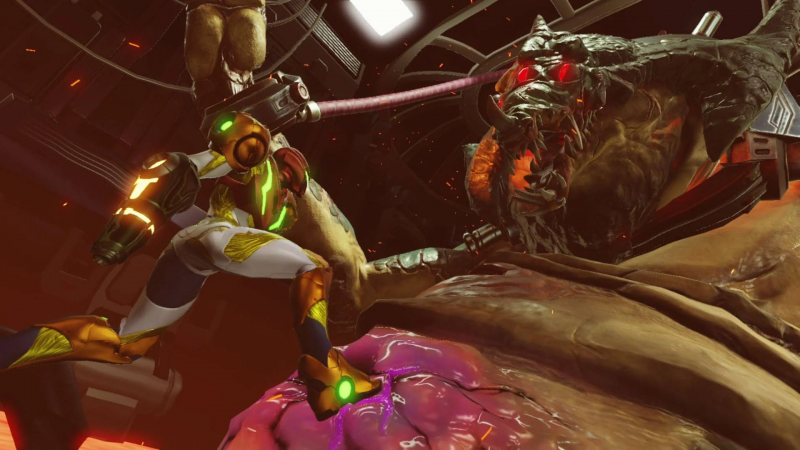 The giant three-eyed reptilian known as Kraid is reported to return, but the alien appears chained to a wall this time. We haven't heard if Ridley will make an appearance, but this is a Metroid game, so our Magic 8-Ball says "Very likely."

I like spending money, is there a Special Edition?

Nintendo is producing a Metroid Dread Special Edition, which comes in a steel game case, and includes five art cards and a 190-page art book spanning all five entries in the 2D Metroid saga. This package retails for $89.99.

When does Metroid Dread launch?

You will be able to purchase Metroid Dread for the Nintendo Switch, starting on October 8.