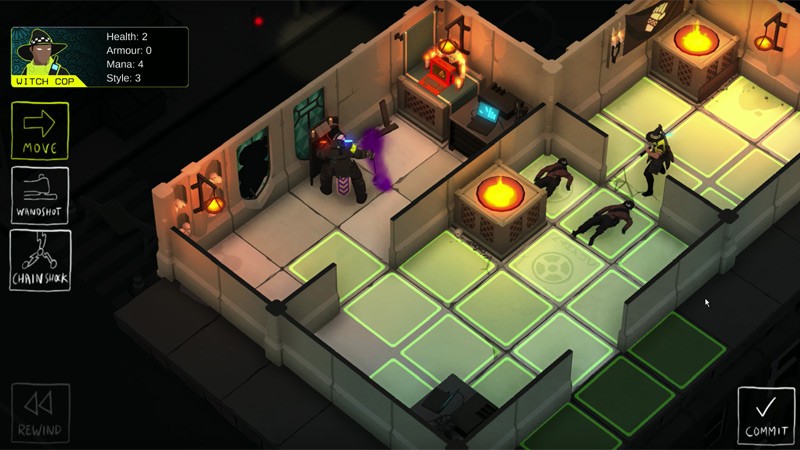 Tom Francis is the designer behind the acclaimed titles Gunpoint and Heat Signature, so when he has a new project in the works, you should pay attention. Today, we found out exactly what that new project is, and it involves using wizards to knock people through windows.

Tactical Breach Wizards is a small-scale strategy game that involves using a squad of magical characters, like Riot Priests and Witch Cops. Unlike many strategy games that involve nail-biting decisions and crossed fingers, Tactical Breach Wizards has a generous rewind feature that lets you experiment with your options and take back moves that don't turn out the way you expect.

To learn more about the game, you can watch Tom Francis play it himself in the video below, explaining the mechanics and intent as he goes along.  Tactical Breach Wizards currently does not have an announced release window, and the game's Steam page just says it's coming out "when it's done."