Heat Signature rewards as much as it punishes. It takes away chunks of your hard-earned progress after even a minor mistake, but also gives you the tools to get out of impossible situations. With the right gadgets and weapons, you can overcome, or sneak by, an army of armored soldiers with only three seconds left on the clock before your invaded ships docks and you are captured. It can be terrifying, empowering, and heartbreaking, all in a single mission. The learning curve is steep, but once you break through, you arrive somewhere in a blissful middle ground between action and strategy.

In Heat Signature, you play as a collection of disposable mercenaries who take on missions with difficulty qualifiers from “easy” to “mistake.” As you complete missions, you build your bank and inventory, which consists of weapons, hacking devices, and gadgets that let you teleport around a ship, or swap positions with the bad guys. You begin each mission by jumping into your ship and flying across a vast galaxy to quietly board the ship with your goal. You can pause as often and for as long you want to strategize for each encounter. Sometimes you assassinate someone on board. Other times, you kidnap a person or steal a piece of technology. Occasionally, you must do my favorite activity: Kill everyone on board and steal the entire ship.

In one mission, for example, I boarded a ship with a collection of armored guards who could not be killed with normal weapons, and I had to capture one of them. Having prepared for the mission, I brought sidewinders to instantly travel the halls, key cloners to steal their keys, and an armor-piercing gun and sword. When encountering a group of two soldiers I would stab one, pause the game, switch to my gun, take careful aim, and fire it off making sure other soldiers nearby couldn’t hear. Killing small groups, stealing keys, and bypassing the large groups got me to my target, but without a weapon to incapacitate, I had to get creative. Using my gun, I lured the armored soldier to a window and shot it out when he got near. It flung us both into space, and while a timer counted down my oxygen I remote controlled my ship to come pick us up and carry us home so I could deposit my bounty. That was a missions that went smoothly, but during the rough ones plans collapse quickly, and you will fail fast. And If you fail your mission, that character is gone – along with their accumulated money and inventory.

All is not lost when you lose a character, however. As you complete missions, you are able to liberate stations, which makes certain items permanently available at the store. Having the continuous progression to grow the store was the main motivator keeping me going. Losing characters is frustrating, and it doesn’t benefit the game in a dramatic way. Starting with a new character means replaying familiar, easy missions with small rewards until you get back to a point where you can rebuy something resembling your previous inventory, and that gets repetitive.

The larger goal is liberating enough stations so you take on extremely difficult missions to free the galaxy’s four strongholds. These missions are intense; in one, I ran out of ammo on the gadget that disabled enemy shields and had to resort to blowing up sections of the ship and launching enemies out of windows into space in order to dispose of them. Knocking yourself and enemies into space is intense, and retrieving yourself by remotely piloting your ship, picking yourself up right before your oxygen expires, is exhilarating.

The story is offered through dialogue with a small collection of NPCs explaining the universe and its intricacies. Each of your mercenaries also has a difficult-to-complete personal mission. Sometimes it involves getting revenge, other times it might require you to save a loved one. The writing is high-quality, with small jokes littered everywhere and interesting explanations from the few realized characters, but even with the personal missions, I never felt attached to any of my mercenaries. Once I had my heart broken by losing a few, I stopped feeling compelled to read their backgrounds. It doesn’t help that visually, the tops of their heads simply aren’t interesting making them hard to identify with and connect to. By then end, I just thought of them as containers for my valuable inventory.

Heat Signature’s strength lies in its ability to make you think fast when you have all the time in the world. On more than one occasion, I sat with the action paused while a countdown in the single digits spelled doom for me, and I was able to use my collection of gadgets to teleport, fight, and hack my way to a position where I could disable the alarm. Of course, it was just as often that I stumbled and was immediately shot and dumped into space by the bad guys. It frustrates as often as it makes you feel like an unstoppable genius, which is a balance worth pursuing. 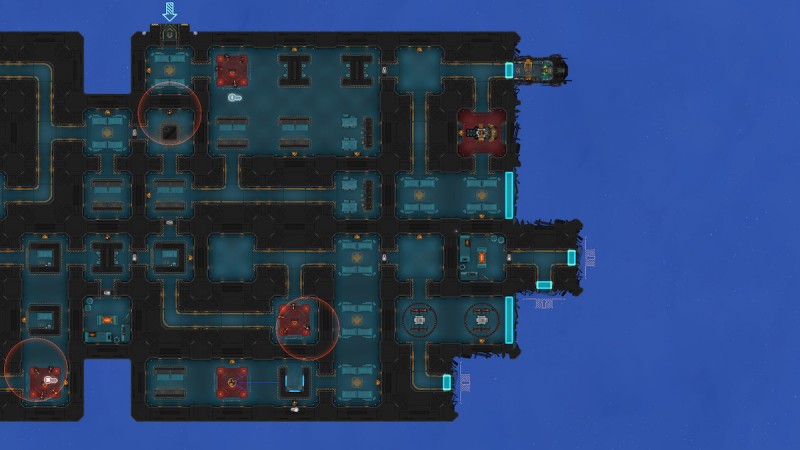 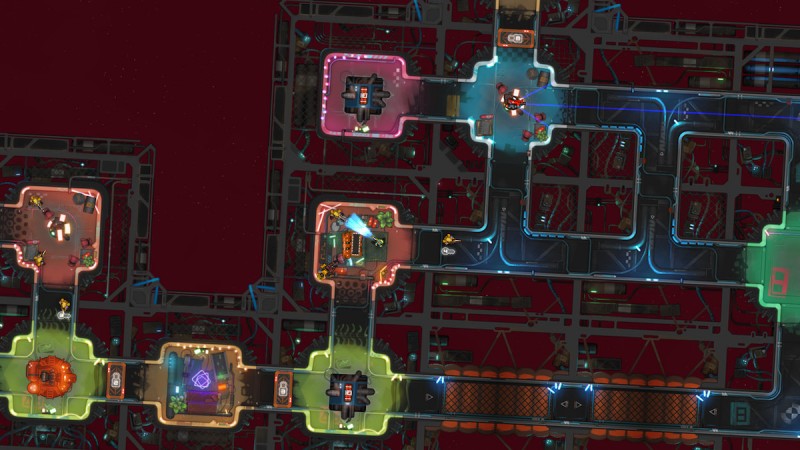 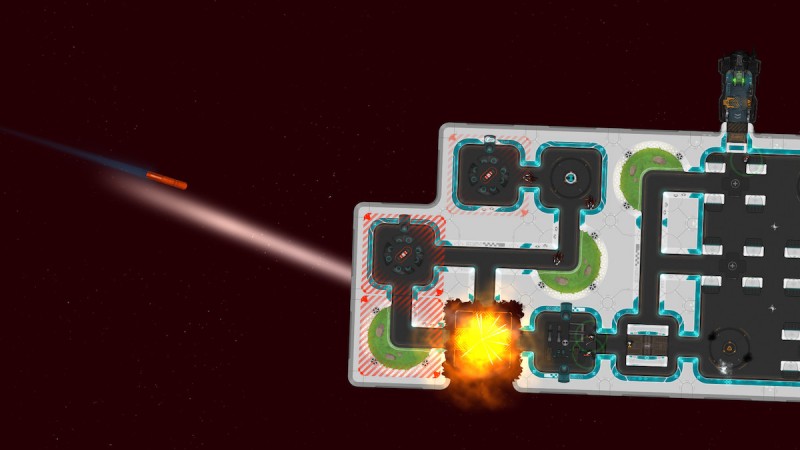 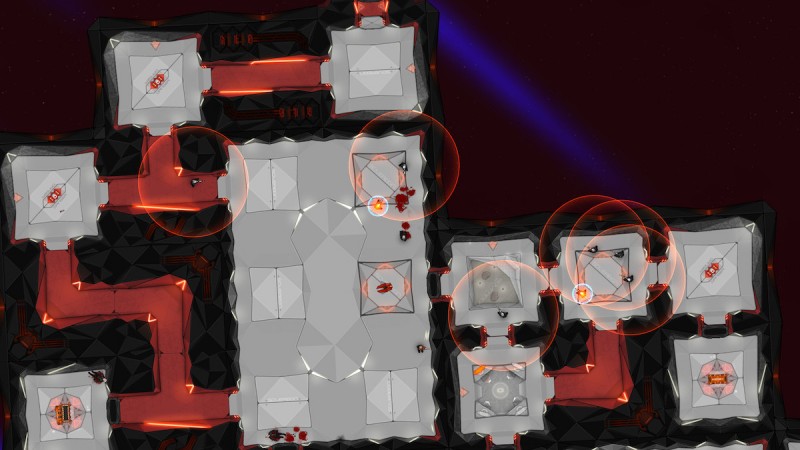 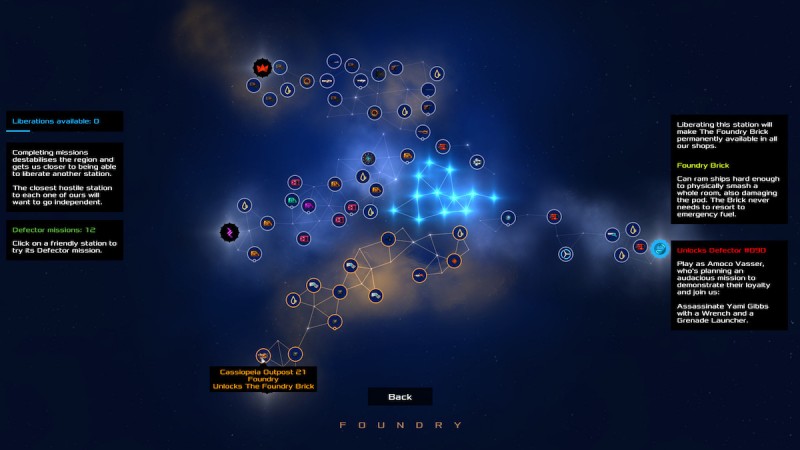 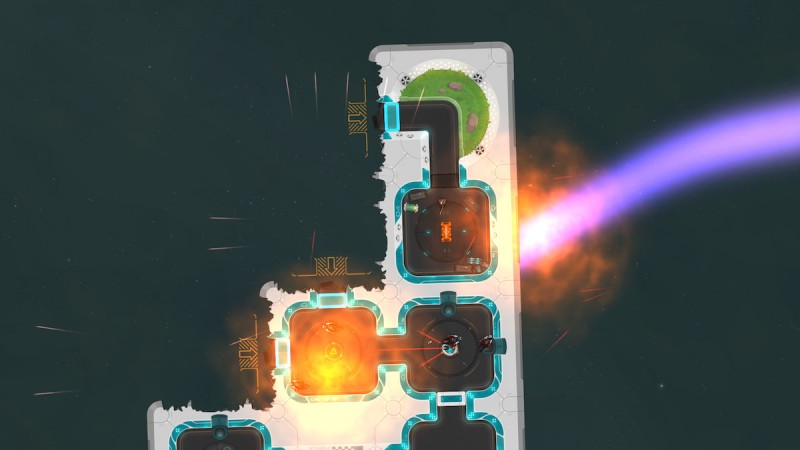 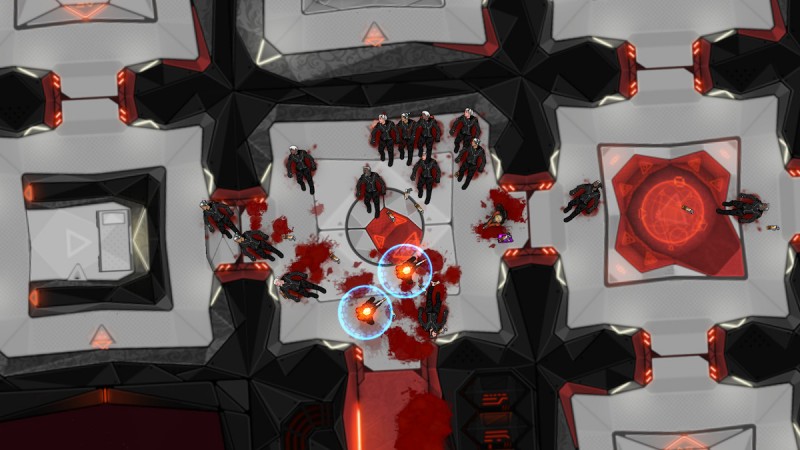 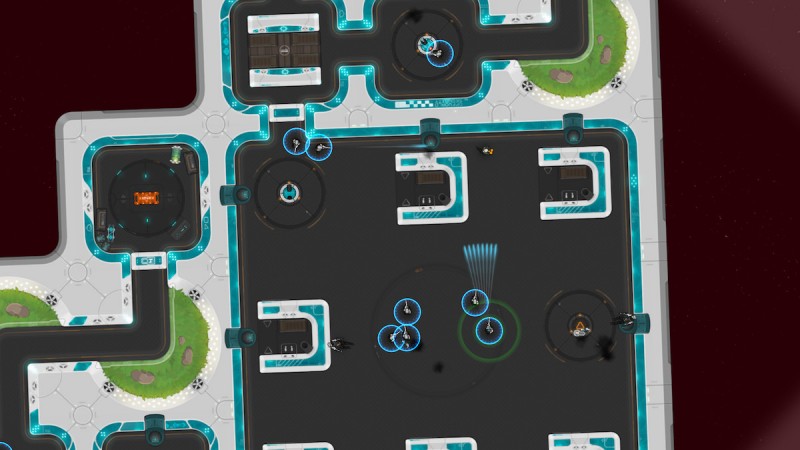 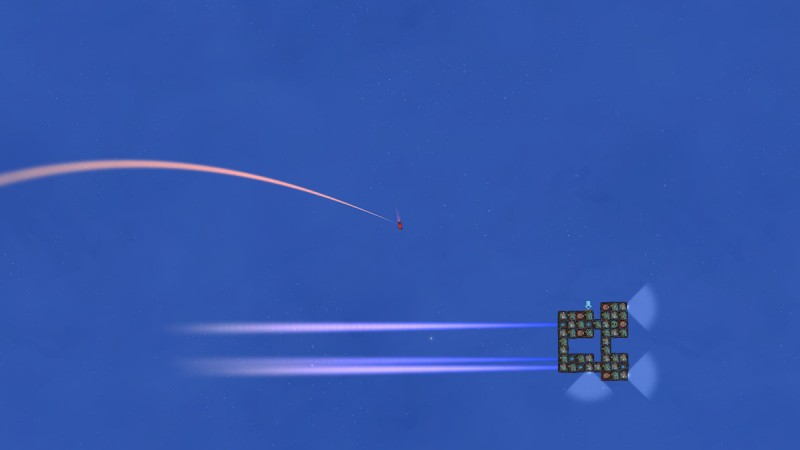 8.5
About Game Informer's review system
Concept
Inspire a revolution by traveling through space, boarding ships, and completing missions with an impressive and varied set of skills
Graphics
The design favors function over aesthetic, which is a weak point. Ships don’t vary much outside of their colors, and the tops of heads are all see of yourself and your enemies
Sound
The music is pleasant, but serves more gameplay purpose than an exciting soundtrack to accompany your space travels by alerting you when things are safe or dangerous
Playability
Getting the hang of pausing as often and for as long as you want takes some getting used to, but I was eventually ripping through spaceships and destroying everything that got in my way
Entertainment
Heat Signature demands you learn its intricacies. When you finally do, the infiltration stories you walk away with are legendary
Replay
High