Gunpoint is a poor name for such an inventive game. It’s generic and forgettable, but those two adjectives belong nowhere near the actual description of the game. Gunpoint is an innovative 2D stealth title that will have you hacking your way through security and send you flying through glass windows and over buildings to solve a noir murder mystery.

You are freelance detective Richard Conway. You have special pants that allow you to leap incredible distances, and tools that let you bend electronics to your will. You try to solve a murder that takes place in the first moments of the game by taking freelance jobs from clients with similar interests. This often involves sneaking into a building, hacking a computer or grabbing something, then quietly exiting.

Guards are your primary hurdle, with locked doors being a close second. You can leap three stories, break through a glass window, tackle a guard, punch him unconscious, and hack a light switch so it causes a trapdoor to open under the feet of an unsuspecting night watchman in the next room. Conway is good at what he does, and in turn so are you.

Every mission begins with a conversation with your client, and the availability of responses can make your version of Conway a snarky jerk, a sympathetic vigilante, or an incredulous detective. Your dialogue choices change the way these characters interact with you. I had one character hang up on me when I chose to reveal sensitive information, even though I didn’t have to. Conway asks questions of clients that likely occur to the player, like “Why aren’t you doing this yourself?” when you are hired by the Police Chief to take data from the computers of his precinct that he has easy access to. The responses always offer worthwhile explanations, and leave behind a tightly conceived story. It’s all well-written and often humorous, and the optional responses do a good job of letting the player take the conversation in radically different directions.

The dialogue and story are interesting and establish the characters well, but make up a small part of the total game. Sneaking around guards is where the game shines. Conway moves quickly with his jumping capabilities, and can stick to ceilings and walls. Moving around the guards and avoiding capture is never frustrating. Getting caught is not the end of the world, and it encourages experimentation. The friendly save system makes it easy to pick up from right before you get caught, shot, and killed (which happens in quick succession), or restart from scratch.

Hacking the building infrastructure is fun, and always leads to rewarding moments, but doesn’t feel quite as fluid as general traversal. Things like light switches can be connected to security doors that were previously locked, and elevators can be used to activate sound detectors to set off alarms in different rooms. All of this is done by connecting things to one another by dragging lines between them. Disconnecting items can be confusing initially, and sometimes you are staring at a hacking grid that looks like a mess of pick-up sticks. Careful planning can prevent this, and by the end of the game, my hacking grids were much cleaner.

Gunpoint is short, but it feels like the right length. You can get through the whole game in about three hours. The story is dense and the dialogue choices are varied, offering incentive to replay the game. It also includes a level creator, meaning that if you want more you can make it yourself. It’s straightforward, offering a series of drag-and-drop options to build the two-dimensional levels. The best levels are complicated puzzles, so to create a good level that offers more than simple platforming is challenging. On top of that, incentives for diving into the creator are limited without any system for sharing user-generated levels. Right now, the only way to share levels is to send the file for your level directly to the interested party.

From its opening moments, Gunpoint sets up an interesting premise and doesn’t hold the player’s hand. Tutorials are unobtrusive and infrequent, and the story takes off the moment you begin the game. It’s easy to get absorbed into its noir setting and jazz soundtrack as you sneak in the shadows, and you’ll find reasons to pick the game back up even after you’ve finished it. 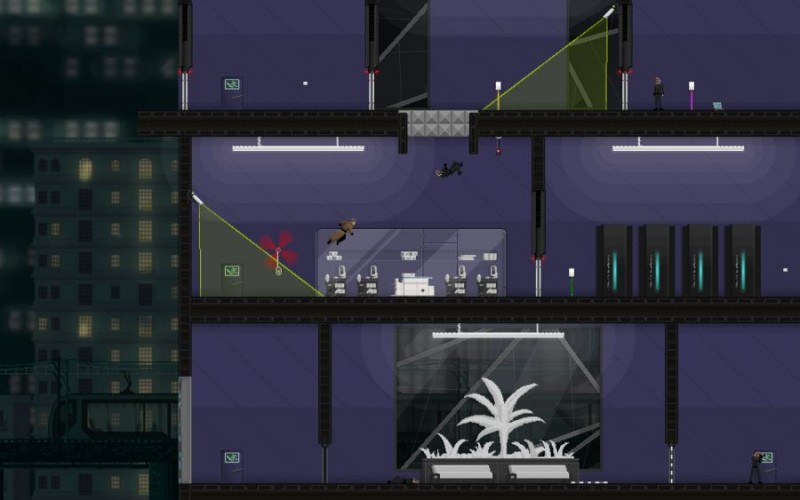 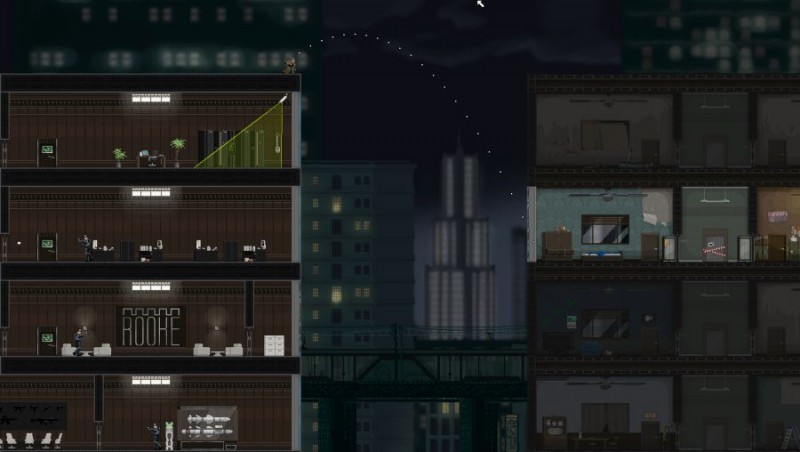 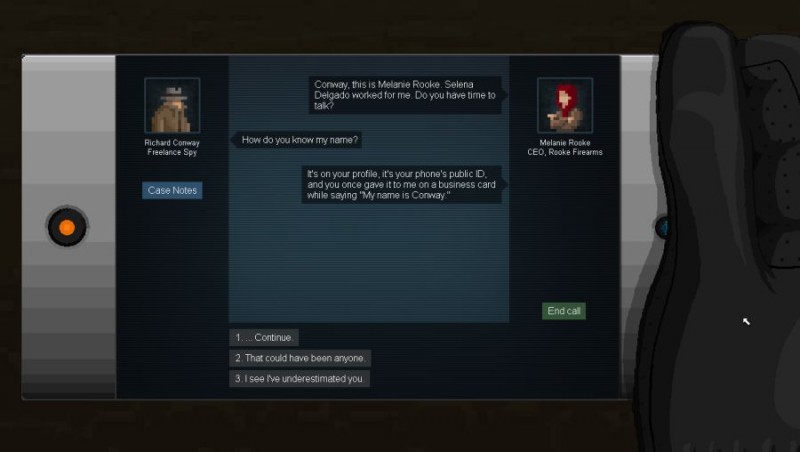 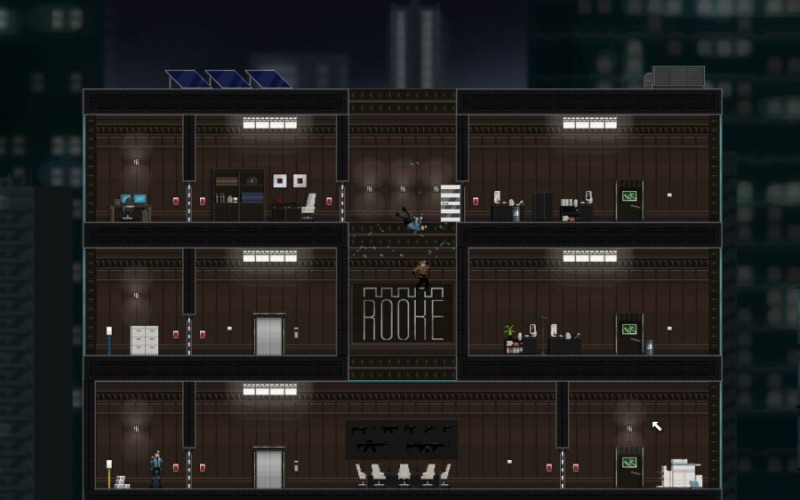 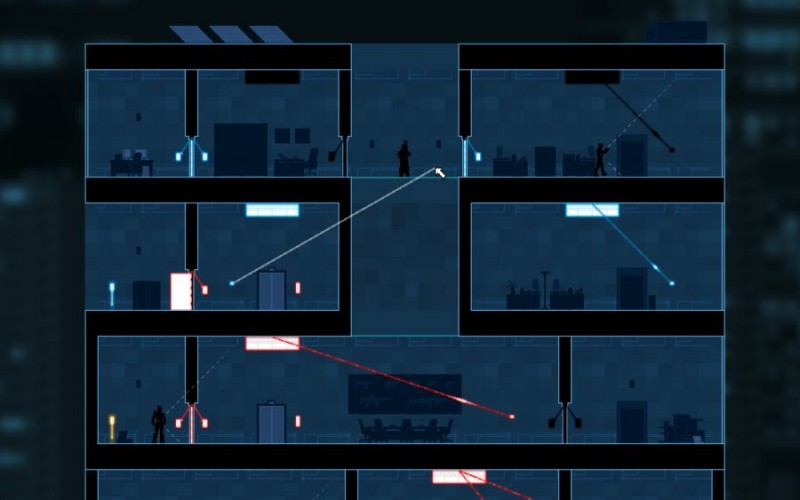 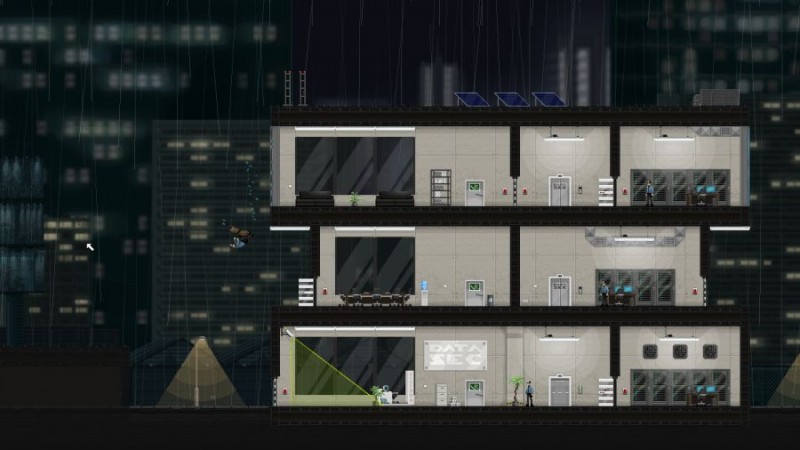 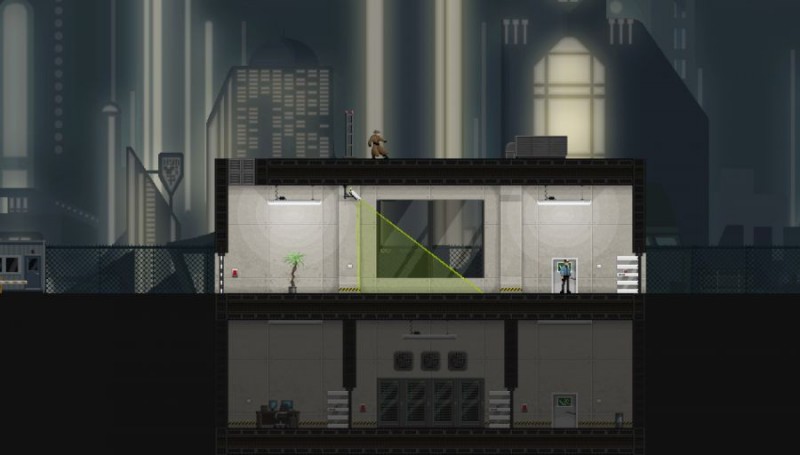 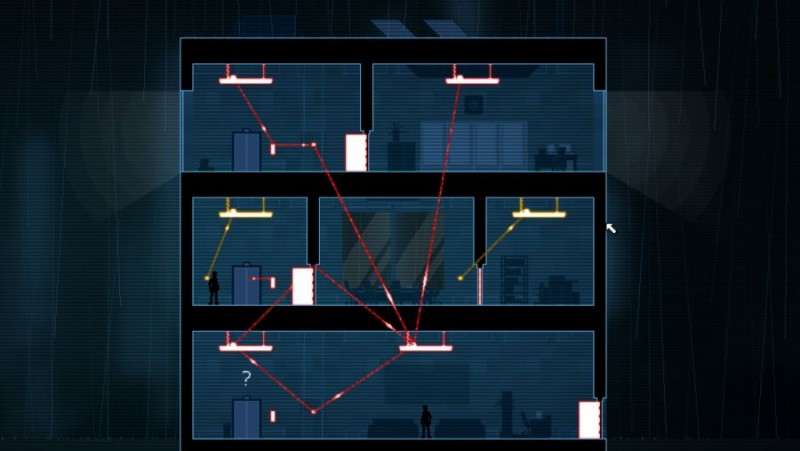 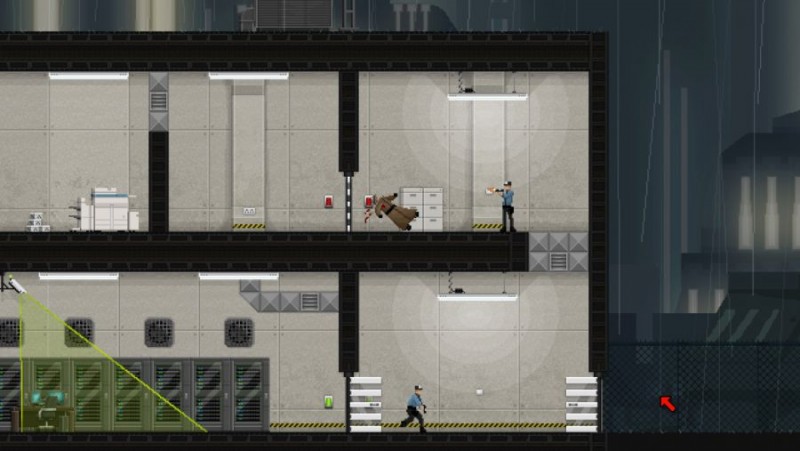 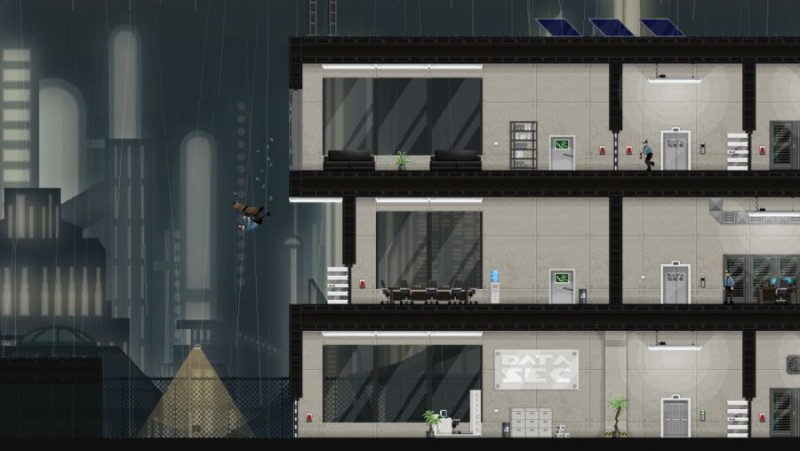 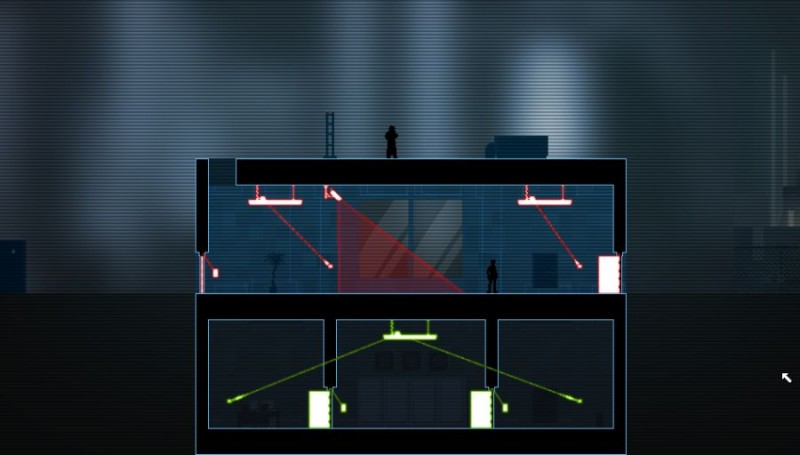 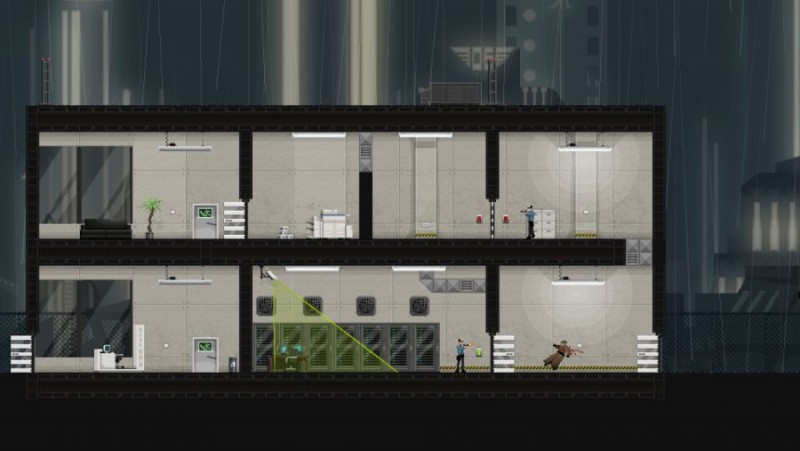 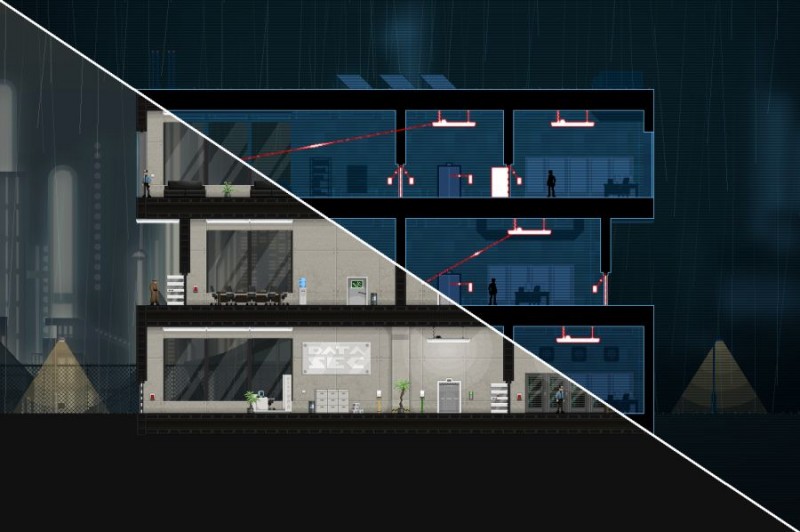 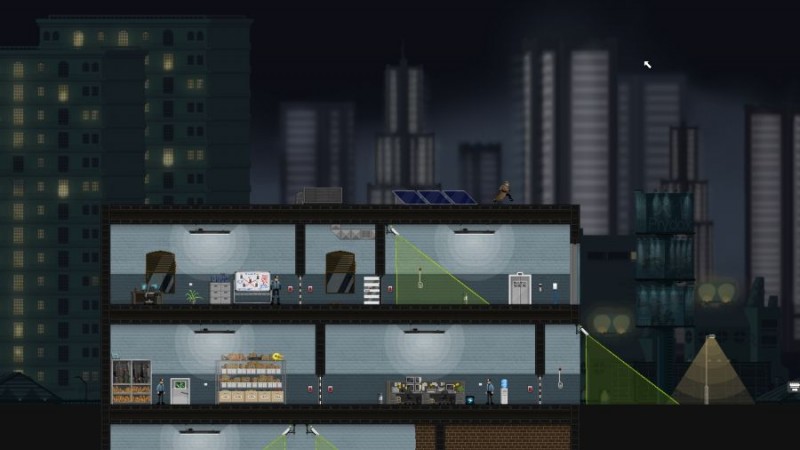 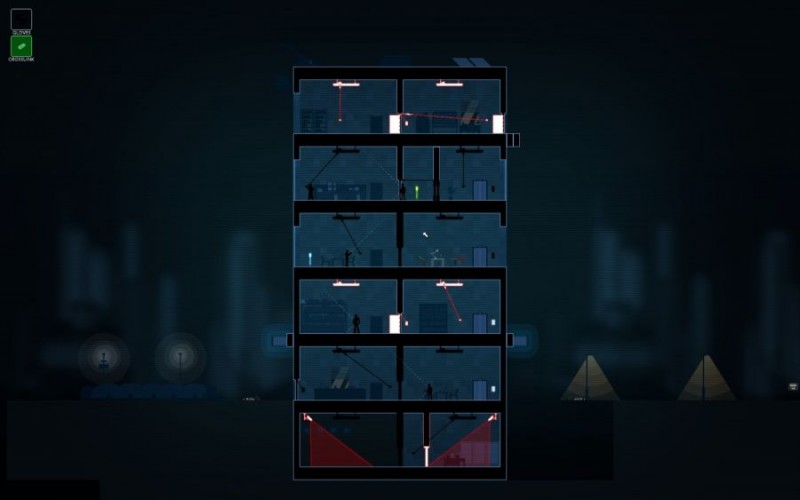 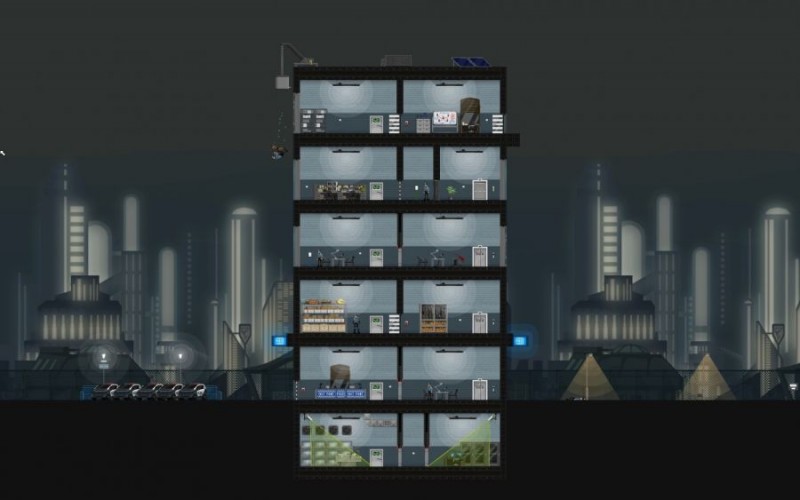 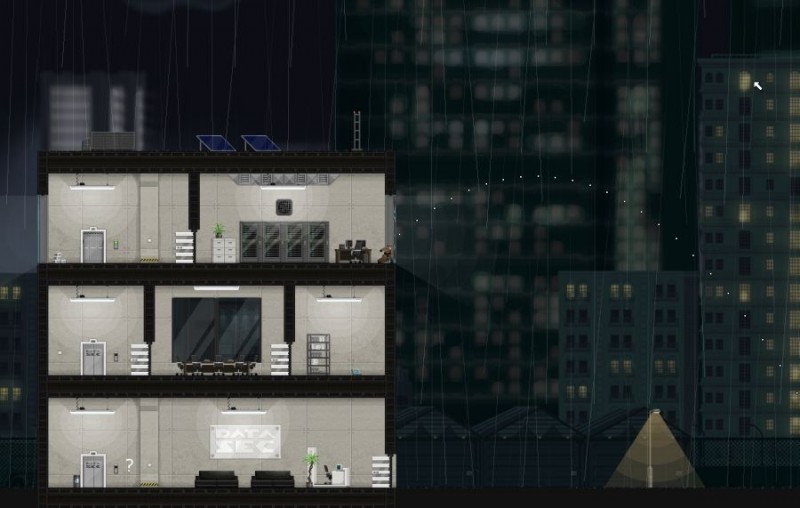 8.75
About Game Informer's review system
Concept
Hack, leap, and sneak your way through a series of two-dimensional freelance detective jobs to uncover the truth behind a noir murder mystery
Graphics
The pixelated characters and backgrounds offer a clean, simplified, nostalgic, and inviting look
Sound
Jazz music punctuates the sneaky atmosphere lending credibility to the noir theme
Playability
Leaping through windows, tackling guards, and hacking just about every electronic with a switch is easy and fun
Entertainment
The core game would be fun even without the noir theme, interesting narrative, and characters
Replay
Moderate 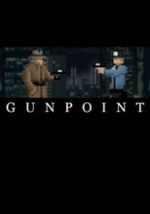