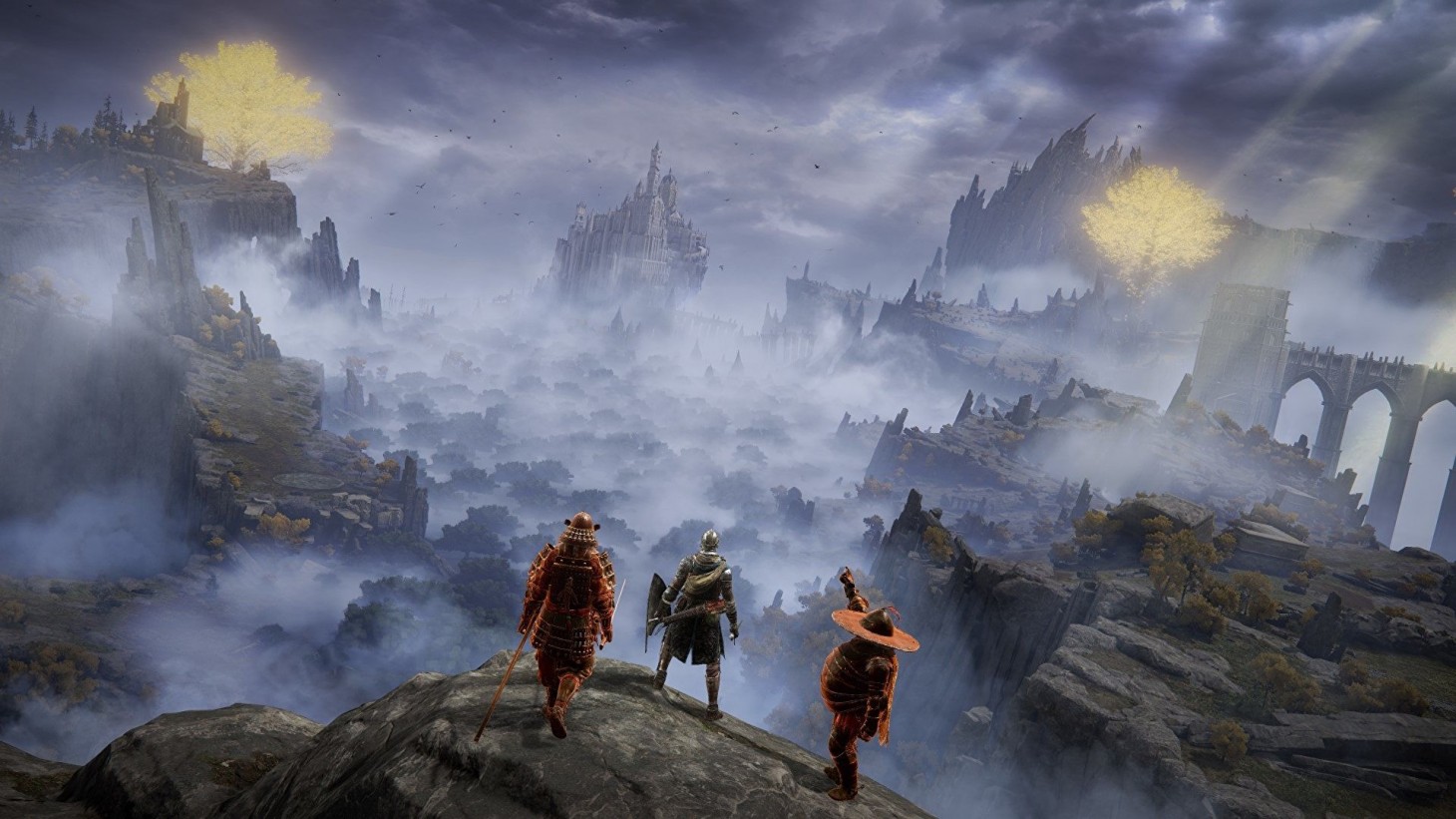 From Software's Next Game Should Prioritize Co-op

Like my colleague Wesley LeBlanc, I love traversing The Lands Between with friends. In fact, I’ve been exclusively playing cooperatively. From felling legends to taunting invaders, running around in Elden Ring with trusted pals never gets bland. And while many swear that From Software’s trial by fire loop is most rewarding when experienced solo, I’d argue the exact opposite. Boss fight difficulty is scaled to match party size, leading to more laughs and terror. Minions peppered throughout the world pack an exhilarating punch but are less frustrating to surmount. And dropping items for others makes character progression devilishly dynamic (my three Moonveils are a testament to this).

From Software’s PVE and PVP entail assisting someone in a specific area/slaying a ferocious enemy or nefariously ambushing unsuspecting adventurers. This might grow stale on a linear map, but Elden Ring’s expansive sandbox lends itself to companionship and contention. Getting pounced by Flying Dragon Agheel for the first time alongside two allies emerged as one of my favorite early-game memories. And even though Bloody Finger notifications are alarming, the gratification from besting skilled players is worth the momentary digression. It’s a shame that some of the finicky online mechanics feel unnecessary.

Rather than just letting people seamlessly group up, Elden Ring insists on forcing its players to literally craft their invite (if I have to watch the Furlcalling Finger Remedy animation one more time, I might keel over!). You’ll also need to set up matching passwords with intended recipients for the summoning ritual to work. This might not seem like a big deal, but when you throw in numerous fog doors that limit team exploration, the whole process becomes increasingly exasperating. Suddenly, dropping in and out several times throughout a single playthrough is bafflingly normalized.

These issues are practically nonexistent for those looking to hunt fellow tarnished; a mid-to-late game item allows Bloody Fingers to invade at their leisure. There’s an accessibility imbalance between cooperative and competitive play, and my only wish is that From Software’s following projects prioritize the former. Elden Ring boasts one of the most incredible open worlds of all time, but that sense of freedom is disappointingly stripped away outside of the game’s singleplayer framework. I want to enter and leave caves without watching friends disconnect repeatedly. I want to send invites without always considering my Erdleaf reserves. Better yet, I want a more integrated and supported multiplayer mode that iterates on the disjointed but tolerable system that’s already in place.

Do you agree with me? Here's another question: Do We Really Need A Bloodborne Remake? Drop your thoughts in the comments section below!