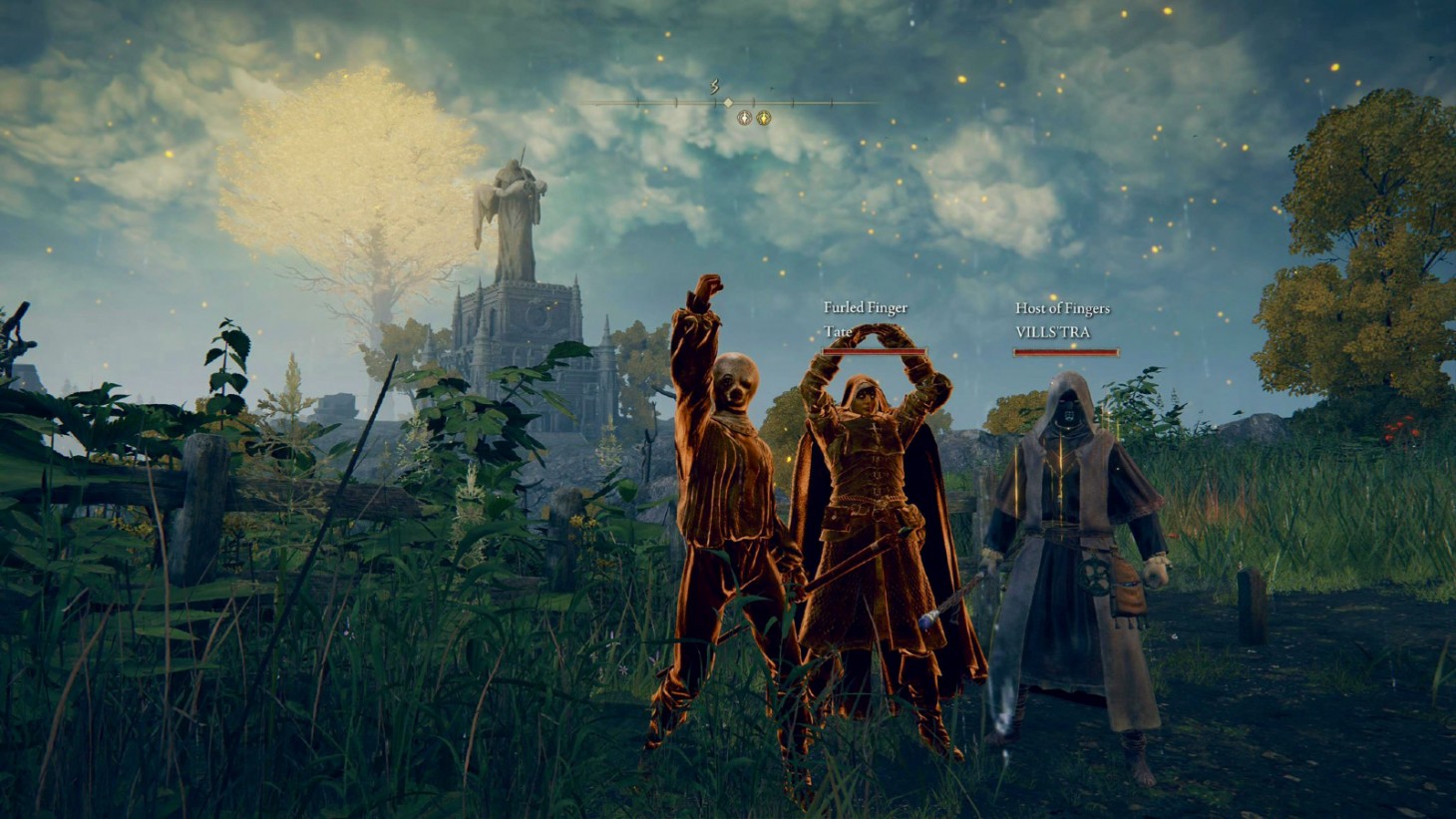 Elden Ring Is Great, But Even Better When Playing With Friends

As two of my friends joined me in using gestures for the co-op screenshot pictured above, one of my friends warned that a large guy on a horse was heading toward us. Ten seconds later, my two friends and I were shrieking louder than we ever have in each other’s headsets. It turns out that “large guy on a horse” was a Tree Sentinel, a boss we had no chance of defeating after just a few hours of exploring The Lands Between.

My friend, an Astrologer, secured a safe spot atop some rocks. Still, myself, a Prisoner, and my other friend, a Confessor, couldn’t figure out how he got up there, so we ran and ran and ran and ran, screaming the entire time, all while the Astrologer on the rock laughed aloud at the events transpiring below. It was easily one of my all-time favorite co-op moments, not just in a From Software game but also in any game ever. In classic Soulsborne fashion, we went from happily posing for a picture together, excited about the adventure ahead of us, to screaming and laughing, full of terror.

That situation became one of many multiplayer moments that convinced me From Software’s co-op has never been better than in Elden Ring.

Let me get this out of the way real quick: I know Elden Ring is experiencing some performance-related issues, and I know Elden Ring’s multiplayer functionality is quite spotty across all platforms. I’ve been lucky enough that summoning friends or joining their worlds has been easy throughout my 30-hour journey thus far. I am also firmly in the camp that Elden Ring’s multiplayer mechanics are still needlessly obtuse. Compared to other From Software games, I think Elden Ring does a better job explaining how it works, but it requires too many steps like previous Soulsborne games. Why can’t I just pick my friend’s name and jump into their world? Why do I need this remedy, and why do they need this finger? Alas, I’m now a master at using fingers and Erdtree flowers and other things to create what I need for a good co-op time, and I’m so dang happy that’s the case.

Elden Ring is a feat for From Software in that it retains the magic that makes its games such a challenging blast to play, all while expanding its map and exploration reach further than ever before. This game is huge, astonishingly so, and while I love exploring it on my own, I love doing it alongside friends even more. While I’m fighting a bear, my friend might notice a shimmer in the distance that draws his attention. I could defeat the bear myself, sure, or – and this is especially fun – I could run toward my friend with the beast in tow.

At any given time, we can run through the camp of some lowly soldiers, creating pure chaos as one enemy blows his horn only to realize his entire troupe is dead. We can decide to take on a roaming group of soldiers behind a large Bloodborne-like cart being pulled by two massive, disgusting giants. If we’re not up to those encounters, we might just run around fighting some big ole crabs, or even better, run through catacombs or a dungeon or two. Regardless of what trouble we get up to, it’s a great time. That’s because at the heart of Elden Ring is a wonderfully-designed world founded on one simple pillar: exploration. That sense of discovery and wonder you get when playing alone isn’t affected negatively in any way when playing with friends. In fact, I’d argue it’s heightened. And before you tell me I’m playing Elden Ring wrong or on “easy mode”, ponder this interesting question: why would From Software implement multiplayer if they didn’t actually want us to use it? 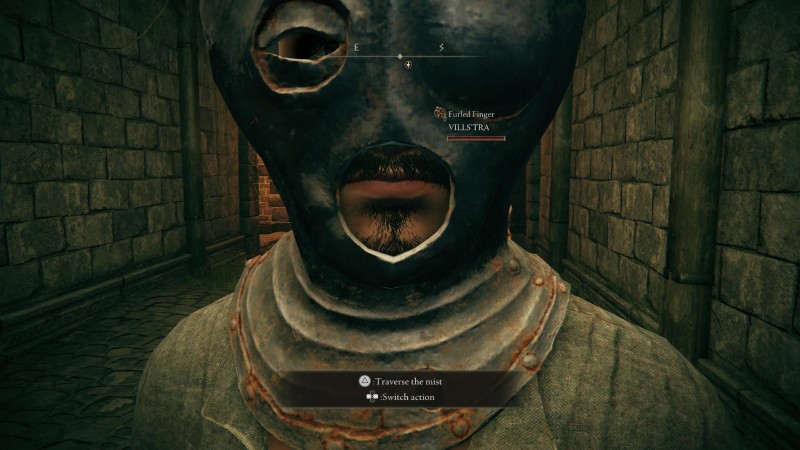 Plus, if you’ve played co-op in Elden Ring, you likely already know that the bosses are significantly harder to take down when you’ve summoned in friends to help. So much so that when a boss is giving me trouble, I find it’s easier to take them on myself rather than summon assistance. Sure, the extra helping hands are nice when it comes to calming my nerves, but in terms of actually taking the boss down? It can feel twice as difficult. Case in point, when taking on Godrick the Grafted with two summoned friends, we struggled to get him down to below 50% health. Alone? I could consistently get him down to less than 10% health. In fact, after nearly a dozen tries against him, I beat him alone, without the help of my go-to friends when summoning help.

It doesn’t matter how you play these games and From Software knows that – whatever works for you works for From Software, and that’s why the story of my Elden Ring journey is likely vastly different from yours or anyone else’s. It’s not your story – it’s mine, and so far, my adventure has been defined by the conversations, the laughter, and the shrieks my friends and I have shared while exploring the beautiful, dense, and terrifying world that is The Lands Between. You, too, will have your own story in Elden Ring and the only thing I’ll suggest is that you inject a little bit of co-op into it. You might hate it, but you may love it too, and if you’re like me, playing with friends in Elden Ring will quickly become your favorite From Software experience yet.