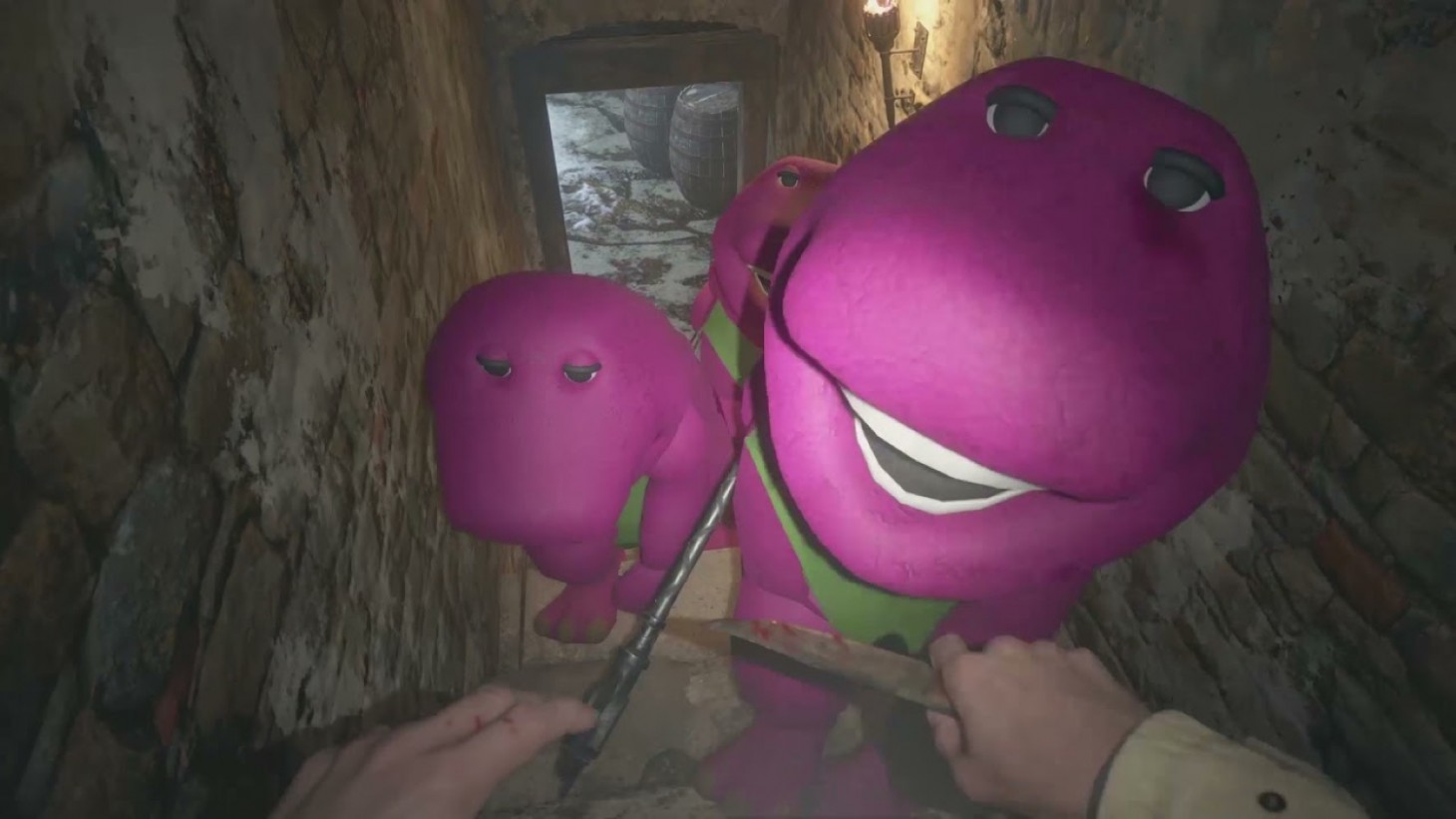 We cover a lot of mods here at Game Informer, and for good reason. Sometimes mods can make a game so much better, with fan-driven expansions and improvements alike. Sometimes, though, they can just be silly, and that's what we're digging into today with this Resident Evil Village mod that adds Barney into the mix. Because naturally.

Even though the Resident Evil Village demo was relatively short, even after the extension, that didn't stop modders from getting in there and causing some mayhem. That's exactly what one modder did when they decided to add Barney the purple dinosaur into a game filled with monsters and horror. And you know what? I'm not mad at it:

As spotted by the fellow mod lovers over at PC Gamer, this mod brings Barney into the mix in the best way possible. Why take down Lady Dimitrescu's daughters and Lycan when you can cut off the head of the world's friendliest dino instead? Amirite?

The mod in question comes via @MarcosRCRE, a 3D artist with a love for all things Resident Evil. You can get access to Resident Evil Village mods from this creator over on their Patreon. They also have a few other mods as well for the latest Resident Evil title, including bringing in the Merchant from Resident Evil 4 to replace the Duke. Interested? You can learn more right here.

Want more mod goodness in your life? Of course, you do! Check out some of our other Mod Corner contenders below:

Thoughts on the Barney Resident Evil Village mod? What other mods are you hoping this community whips up for the latest horror title from Capcom? Sound off with your thoughts in the comment section below!