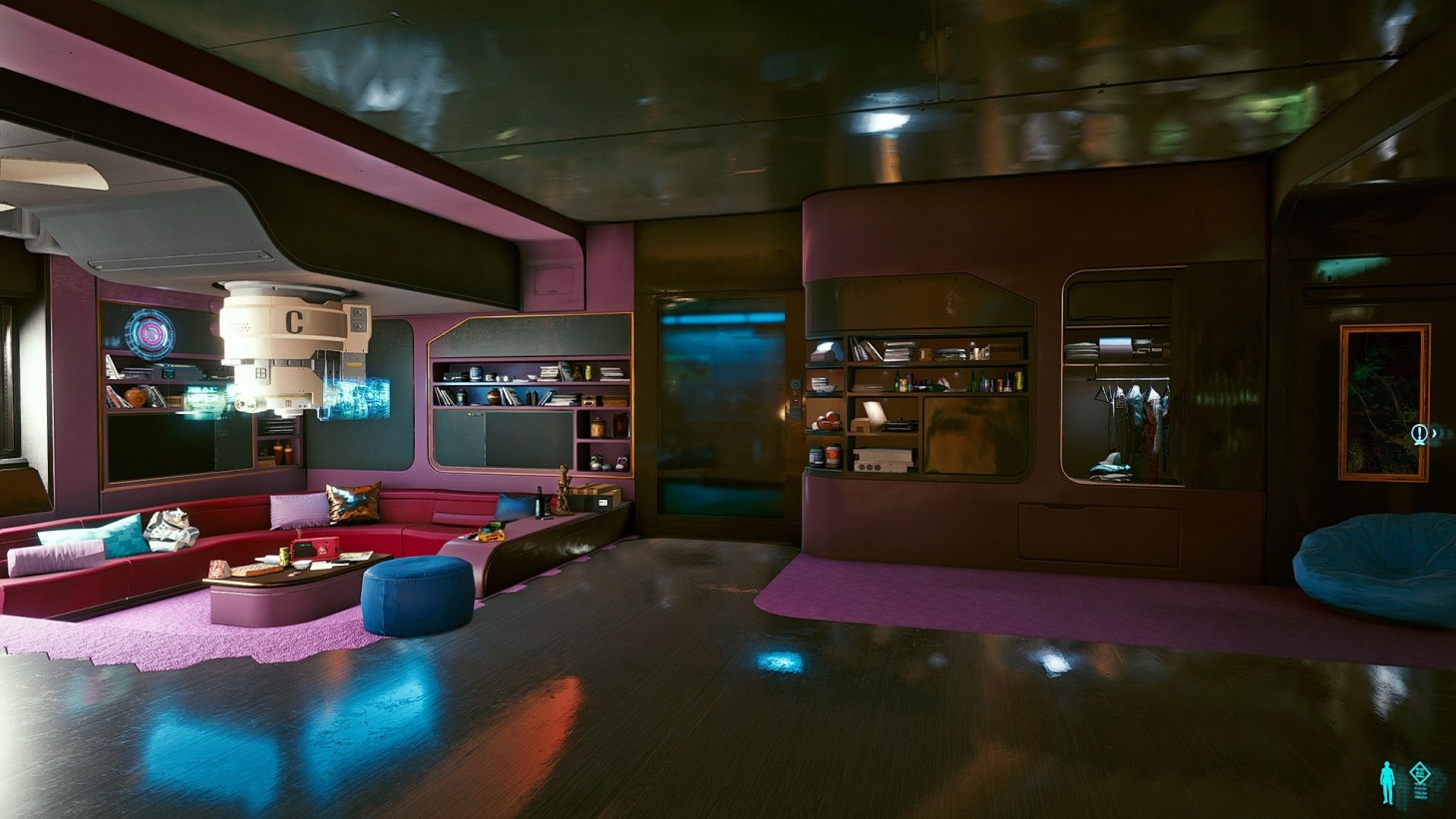 Change How V's Apartment Looks With This Cyberpunk 2077 Mod

V's apartment is cool and all, but the lack of customization options in Cyberpunk 2077 is kind of a bummer. Luckily, there's a mod for that. Since the official game won't let you do it, you can now change how V's apartment looks with this Cyberpunk 2077 mod. Even bright bubble gum pink, if that's your fancy.

How to change V's apartment in Cyberpunk 2077

The V apartment mod allows players to pick and choose different elements to customize in Cyberpunk 2077, including the brain dance machine, posters, a fluffy bean bag chair, and more. "Initially, the mod was conceived as modular to allow combine different colors and materials with different parts of the apartment individually, depends on your preferences," says modder Fuxsart. "But in the process of working on this, I had to admit that this is too difficult task for a tons of reasons and I would not be sure of a positive result in the end."

You can even see the mod in action with the below CyberMods Weekly video below where they show off some of the changes, including options like bright pink, flaming orange, and lots of others. The brief video illustrates just how drastic these small changes can appear as they manage to completely revamp the entire space:

When Cyberpunk 2077 was first revealed to the masses, it looked like customization of V's apartment would be a gameplay feature players can enjoy. Unfortunately, that wasn't the case when the futuristic title launched. With CD Projekt Red having its hands full with a ton of other issues that take priority, apartment tweaking isn't really at the top of the list. Luckily, you can always count on modders to add their own magic.

Ready to take on the task of reinvigorating your in-game pad? You can download the mod right here. Just be aware that this is for PC players only, given that console mod support is still incredibly limited outside of Bethesda titles.

Want some more mod recommendations, including some for Cyberpunk 2077? We've got you:

To learn more about what else is happening in Cyberpunk 2077's world, including an update on its PlayStation Store return, you can check out our game hub here.

Thoughts on the Cyberpunk 2077 mod that lets you change V's apartment? What other games are you looking for some recommendations with? Sound off in the comments section below, happy to point you to the mod of your dreams!