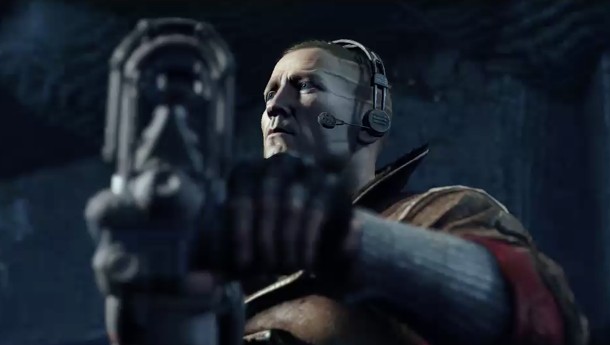 Wolfenstein: The New Order’s alternate history is both troubling and fascinating. A new trailer showcases just how desperate life has become in a world dominated by Nazis.

The new trailer, Nowhere to Run, is underscored by the song of the same name originally performed by Martha Reeves & The Vandellas. As we shared a couple of weeks ago, all the music for Wolfenstein: The New Order has been re-recorded and re-attributed in light of German global domination. The version by Die Partei Damen (The Party Ladies) will likely appear on the Neumond Recording Company website.

The trailer also shows off gameplay and some of the more ambitious new weaponry. Wolfenstein: The New Order will arrive on May 20 for PlayStation 4, PlayStation 3, Xbox One, Xbox 360, and PC. New copies will come with access to the upcoming Doom beta on Xbox One, PS4, and PC.

For more on Wolfenstein: The New Order, check out a recent preview of the first three chapters of the game.