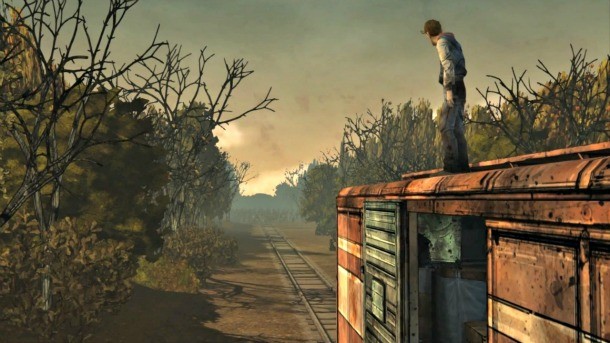 At the beginning of The Walking Dead Episode One, Lee Everett was on his way to jail when a zombie shambled across the highway and sent his police car careening off the side of the road. Lee thought he was headed for a life of cement floors and barred windows, but in the blink of an eye, everything changed. That’s an apt metaphor for the latest entry in Telltale’s apocalyptic adventure series. Episode Three is a chain of events that irrevocably alters the lives of Lee and his fellow survivors.

By the end of Episode Two, Lee and his compatriots have transformed a roadside motel into a home. A family of hicks with a taste for blood temporarily threatens their safety, but after Lee deals with that immediate hazard, a more ominous threat looms silently over this band of survivors. This threat surfaces in Episode Three, but not in a way you would suspect.

The Walking Dead’s cast of characters continues to clash, betray, accuse, and fight one another. This volatile group dynamic is partially what makes this series so engrossing. Walking Dead Episode Three is a well-crafted emotional roller coaster; at points in the game I’ll found myself hating one or more of the characters, but 10 minutes later, I couldn’t help but sympathize with them.

The Walking Dead’s story also revolves around player choices. I don’t feel like any of my choices have drastically altered the overarching direction of the story, but it’s thrilling to see decisions I made in earlier episodes resurface and add some color to Telltale’s narrative.

The storytelling is so engaging that it almost makes up for The Walking Dead’s lack of gameplay. This series is story-heavy, and nothing has changed with Episode Three. If anything, this episode has a diminished focus on puzzles and exploration. Episode Three is well-paced; you have time to breathe and appreciate the story before the action picks up again. After a dramatic story sequence you’re usually shuffled off to find a certain item or solve a simple puzzle, but I wish these puzzles were a little more involved or creative. You track down clues to uncover who is raiding the camp’s supplies, or rummage around an abandoned train in order to start its engine, but these moments are little more than item hunts. Once you’ve found the key item, you unlock the next chapter of the story.

Episode Three’s biggest problem might be how it handles its action sequences. This episode ramps up the action a bit, and this fits well with its story, but Telltale’s approach to combat doesn’t work during frantic brawls. Zombies shamble forward after the cursor moves over them, so in the split second it took me to move my thumb from the analog stick to the face buttons, my target would sometimes move out from under my crosshairs. This janky combat system resulted in a few cheap restarts.

These complaints don’t ruin Episode Three, but I hope they are addressed and that Telltale changes its approach to action before the release of Episodes Four and Five. The gameplay has some rough edges, but as an interactive story, this is an experience that shouldn’t be missed.

[Catch up on what you missed by reading by reviews for Episode One and Episode Two.]

8.5
About Game Informer's review system
Concept
Tell a compelling story – colored by player choice – set in the heart of the zombie apocalypse
Graphics
Telltale’s design isn’t highly detailed, but the cartoonish visuals seem almost more graphic when the zombie brains start flying
Sound
The voiceovers for this series have always been a little hit or miss, but this entry sounds better than ever
Playability
The game isn’t hard to play. Most of the time you’re moving a cursor over items and tapping a button, however some of the harried action scenes can be frustrating because things move too fast
Entertainment
Episode Three’s story hits all the right notes. Some of the puzzles feel like chores, but the overall pacing is just right
Replay
moderately high 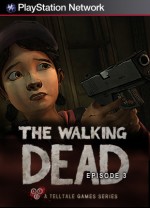