For more than six years, The Elder Scrolls V: Skyrim has captured the imaginations of countless gamers, with its beautiful and snowy fantastical trappings, seemingly endless side quests, and massive modding community. The Switch port of Skyrim is an exciting prospect because it makes an enticing promise that the other console versions don’t: being able to play on the go. I was impressed with how the Switch handles this massive (and infamously glitchy) RPG, resulting in a competent port that transitions wonderfully to portable play.

For those who haven’t played Skyrim yet, the game takes place on the fantastical continent of Tamriel, where humans walk alongside talking lizards and feline merchants. The world is filled with various factions, guilds, and kingdoms vying for control. On paper, that sounds generic, but Skyrim’s open-ended design is anything but commonplace. Players explore the world at their own pace, uncovering secret treasures in tombs hidden in mountains or plotting with children to kill an evil orphanage owner. Even a walk through a forest might suddenly be interrupted by a giant spider fighting a dragon. You’re given the freedom to do what you want and develop a play style that interests you. If you’d rather focus on guild quests instead of the main storyline, that’s a valid choice. This flexibility results in a world that you can actively inhabit, not just wait to be shuttled to the next big story beat. Bethesda has done a stellar job packing the lion’s share of the experience onto Switch.

The biggest question on many fans’ minds is whether or not the Switch can handle Skyrim’s massive size and propensity for loading those spaces with numerous foes. During my 35-plus hours with the game, my framerate was constantly above 30 FPS and I never encountered a single dip or stutter. Load times were also surprisingly brief in comparison to the original PS3/360 versions, with a one-minute initial load time from main menu to game world, and then brief transitions taking from 4 to 10 seconds. Everything ran smoothly no matter what area I was in, how populated it is, or what activity I was doing. Control functionality is also satisfying, with a pleasant rumble in the Joy-Cons helping capture the pleasurable thunk of combat when you drive an axe into a foe’s head or whip them off a mountainside with a brush of your sword.

Bethesda didn’t have to make any huge sacrifices to achieve this performance, either. Outside of textures and rough character models (we’re talking about a game from 2011), the world of Skyrim looks as stunning as ever. I noticed no fuzziness in either portable mode or on three different HD televisions of various sizes during my playtime. The draw distance is equally impressive; I could make out distant mountains, cities, and landmasses without any fog enshrouding them. A slight motion blur occurs when you’re turning, but I hardly noticed it all except in dark spaces like caverns. It might not look quite as pretty as the PC version running at ultra-high settings, but it doesn’t settle for adequacy either, resulting in a world that’s constantly nice to look at as long as you don’t examine textures too closely.

While the lack of mod support for this version is disappointing (its PS4/Xbox One siblings have barebones mod support), the amount of worthwhile content in the core Skyrim experience more than makes up for it. This version also packages all the expansions for the game, including two separate and lengthy quests involving vampires and a rival Dragonborn, as well as the addition that lets you build houses and adopt children. The variety of potential activities in Skyrim is maddening and delightful; this game easily has at least a hundred hours of content, plus countless more if you want to do and see everything. And the novelty of doing all of this while sitting in a coffee shop or riding to work still hasn’t worn off.

My only substantial criticism about this version is the optional console-specific functions feel like gimmicks. You can use motion controls for combat and lockpicking, but both are too unwieldy to be enjoyable. Amiibo functionality rewards you with treasure chests filled with weapons and ingredients for cooking, but you can also get the best Amiibo gear without using the functionality, so it also feels superficial. Ultimately these are optional niggles you don’t have to bother with, so feel free to turn them off and forget about them. The problems inherent in the original version of Skyrim are still here, too, including wonky enemy AI, stiff animations, and bad voice-acting. Some of these issues are part of the game’s charm at this point, so being able to play it on the go essentially made those non-issues for me. This is especially true since so many of the bigger problems that plagued earlier releases, like uneven framerate and glitches, are not present in this version.

The Elder Scrolls V: Skyrim is one of the best games ever made. Years later, that continues to be the case. This adventure offers a rich world, densely packed with exciting things to do, as well as many occasions for creating lasting memories. I jotted down exciting things that happened during this particular playthrough so many times I lost count. I imagine that Skyrim will become a mainstay on my Switch, with multiple playthroughs and characters filling up the save slots before I’m done with it. If you haven’t played Skyrim, or you’re just looking to return and don’t mind exchanging the mods for convenient portability, the Switch version offers up everything that makes this game a stone-cold classic. 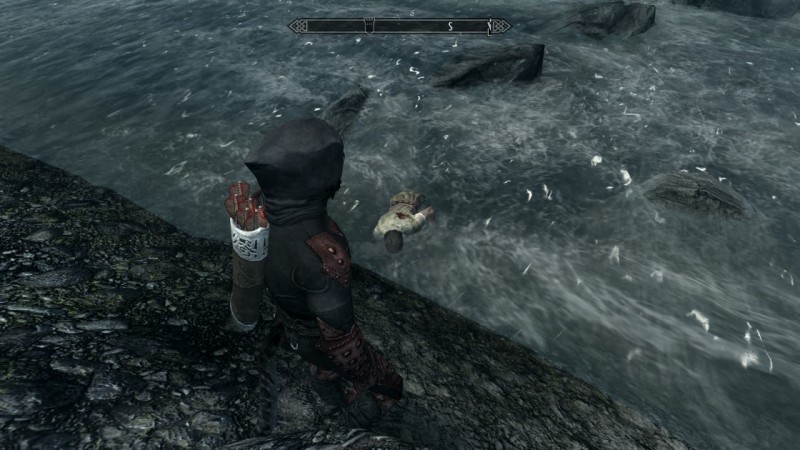 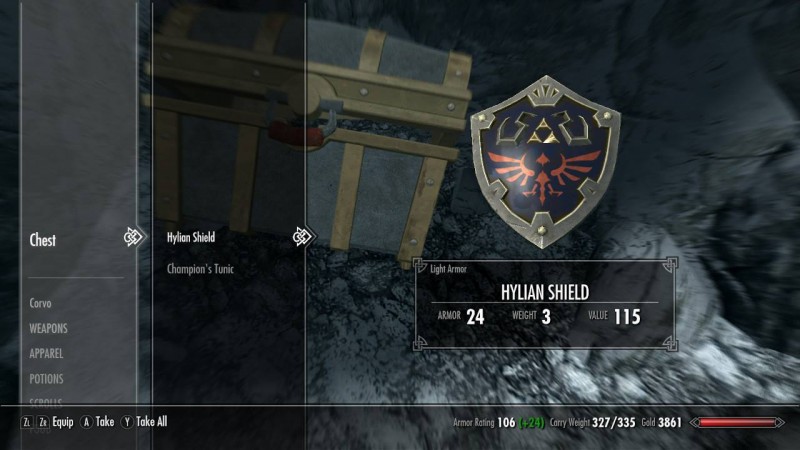 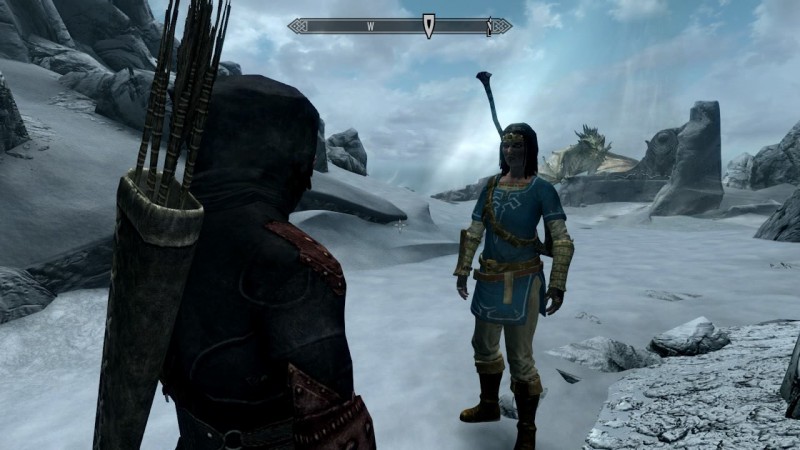 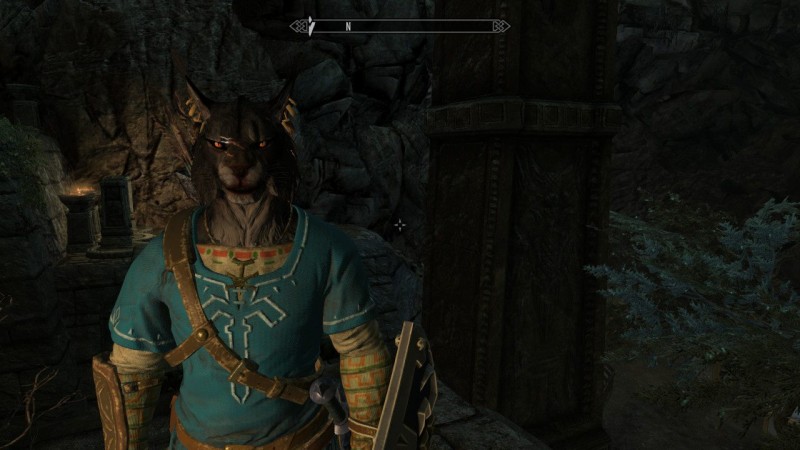 9
About Game Informer's review system
Concept
Return to the snowy, dragon-ridden mountains of Skyrim and save the world – but this time on Nintendo’s portable console
Graphics
The Switch version of Skyrim is surprisingly beautiful as long as you don’t look too closely at poorly aged textures
Sound
The sounds of your arrows turning a dragon into a pincushion and the stirring orchestral score are fantastic
Playability
Skyrim’s interface remains unchanged from the main game, with easy to understand controls and accessibility options that let you tail the game to your preferences
Entertainment
The Switch version of Skyrim is a well-executed version of a modern classic that you can play on the go, offering the same delights (and minor frustrations) of the original
Replay
High