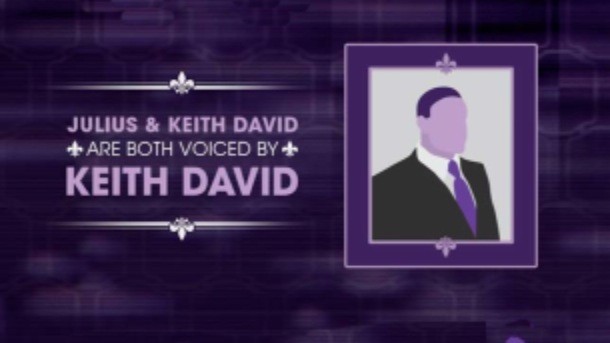 In exactly one week, Saints Row IV will be upon us. In order to ensure that you are properly prepared, Deep Silver and Volition have provided a third developer diary and an infographic unlike any you've seen before.

The video below showcases some of the absurd weapons you'll encounter, including the Dubstep gun, black hole gun, the Violator, the Penetrator, and more. You'll also notice the different skins for each of the weapons, building on Saints Row's tradition of extensive customization.

The infographic that Deep Silver sent is both tongue-in-cheek and fascinating. In addition to the absurd (there are ten words for "crotch" in the game) there are some interesting customization and design details. For instance, there are 186 voice actors.

Seven voices are available for players, which means the extensive protagonist dialog was recorded that many times. There are also 450 weapon upgrades across the 30 or so different tools of destruction, and 111 gun costumes that not only change the color, but also the base appearance without changing the performance of the firearm.

You can see that and more in the image below. Saints Row IV arrives on August 20, 2013, for PlayStation 3, Xbox 360, and PC. Be sure to also watch the first two developer diaries about the past and present of Saints Row and the narrative.