The game appears to be more on-rails than previous trailers implied, with the shoot-out video in particular looking closer to Time Crisis than a first-person shooter. You can check out all the clips below..

For more on Rambo: The Video Game, you can check out the game's previous trailers here, here, and here, as well as a short Vine video clip showing off the game's stabbing mechanics.

Rambo: The Video Game is coming to PlayStation 3, Xbox 360, and PC and if you pre-order the game, you can get your hands on a Rambo bobble-head. The game is supposed to be available early this year with some retailers pointing to a February release date, but no concrete date has been offered yet. 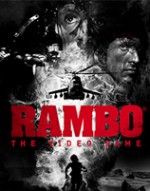