Crossing Souls makes no attempts to hide its love for the ‘80s. Within moments of the opening credits, the player is bombarded with images of Ghostbusters posters and references to Excitebite. However, this indie adventure doesn’t just make nostalgia a pretty wrapper; it thematically mines the zeitgeist of the decade for all its worth. Beyond the pixelated veneer lurks a fun action game that tells a beautiful story about the power of friendship in the face of rampant greed and materialism.

You play as a band of five teenage friends trying to make it through the summer of ’86 in the small California town of Tajunga. After one of them makes a disturbing discovery, the group squares off against supernatural forces hell-bent on wreaking their lives. While you start with the baseball-bat-wielding ringleader of the group, Chris, you soon gain the ability to switch among five kids with the tap of a button.

Every kid has their own stats and special traversal abilities. Chris is capable of parkour and climbing while Matt, a diligent nerd, can use his jetpack to reach places others can’t. To solve environmental puzzles you need to control all five characters and use their unique skills. For example, one puzzle requires Joe to move boxes around a labyrinth. However, to reach some of those boxes, you need to switch to Matt, who can fly around obstacles, and then switch back to Joe. The switching mechanic results in fun, breezy puzzle-solving that impressed me with solutions that emerge naturally from the characters’ abilities instead of feeling forced or tedious.

The battles are also bolstered by the character-switching. Combat is initially presented as a basic hack-and-slash action game, but character-switching makes things more dynamic. Chris might be overwhelmed by four approaching enemies, but switching to Charlie makes short work of those foes thanks to her jump rope’s wide attack and her enhanced evasive abilities. Switching to Joe lets you brute force your way through stronger enemies when Chris needs to recharge his stamina. The character-switching lets you develop strategies for any situation you come across on the battlefield, and the continual formation of strategies I made throughout my playthrough kept me entertained for the entirety of the game.

Characters aren’t the only things that are switching in Crossing Souls. You gain access to a device that lets you flip between the lands of the living and the dead, so you go from fighting bullies to zombies, ghosts, and other supernatural foes. The world around you also changes; though you’re still navigating the streets of Tajunga, you come across bizarre sights, like the ghosts of civil war soldiers huddled beneath a dinosaur, or cave men sitting around a living room. Some of these ghosts even give quests, like one understandably grumpy Native American who wants you to convince a suburban family not to build a pool over his grave. These quests are short but worthwhile, rewarding you with fantastic dialogue and useful health recovery items.

From top to bottom, Crossing Souls oozes style and charm. Tajunga feels like a lived-in place thanks to its eccentric denizens and the detailed art of its neighborhood and downtown distracts. The five characters you control are also likeable, with fears, ambitions, and desires that make them more than clones of the Stand By Me cast. The relationship between Chris and his brother as they navigate the troubles of adolescence and what it means to lose people they care about is a strong point, as is Matt’s attempt to escape the looming shadow of his parents, both brilliant (and cold) scientists, with his own inventions. To delve too much into the story would spoil some of the fun, but I found the eight-hour journey to be immensely rewarding, culminating in a moving, memorable ending that shows the cost and reward of meaningful sacrifice.

Even more impressive than its surprisingly deep story is how well-paced Crossing Souls is. Beyond fighting ghouls and exploration, you have to complete various mini-games. All of them are fun and challenging, especially a Back To The Future-inspired rhythm game that I won’t say too much about. However, these diversions are most interesting when they take on the form of plentiful boss fights – well-designed battles that test your brain much more than they do your brawn, like one battle in limbo where you play a game of Simon Says with a ghost king to deal damage to him. Crossing Souls changes things up exactly when it needs to, spacing fights out with quirky investigations and charming detours that endeared me to both the characters and the setting.

Crossing Souls is a inventive thrill ride that embraces clever, varied gameplay and heartfelt storytelling to coalesce into a gem of a game. As someone rarely wooed by ‘80s nostalgia grabs, I found an enchanting world worth exploring in this great adventure. 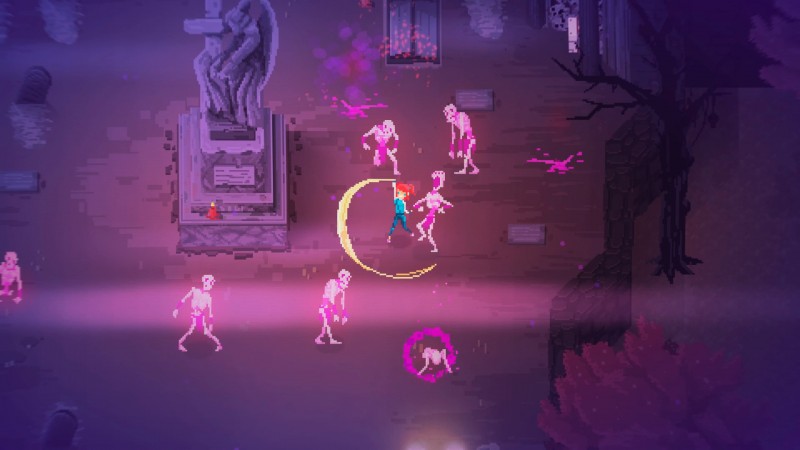 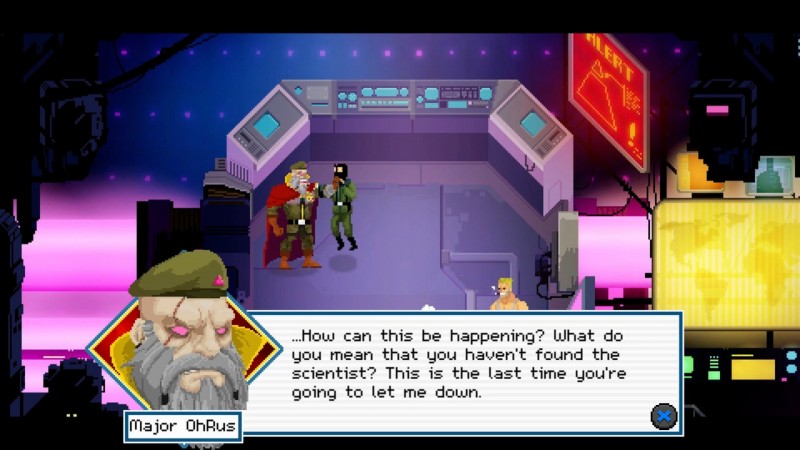 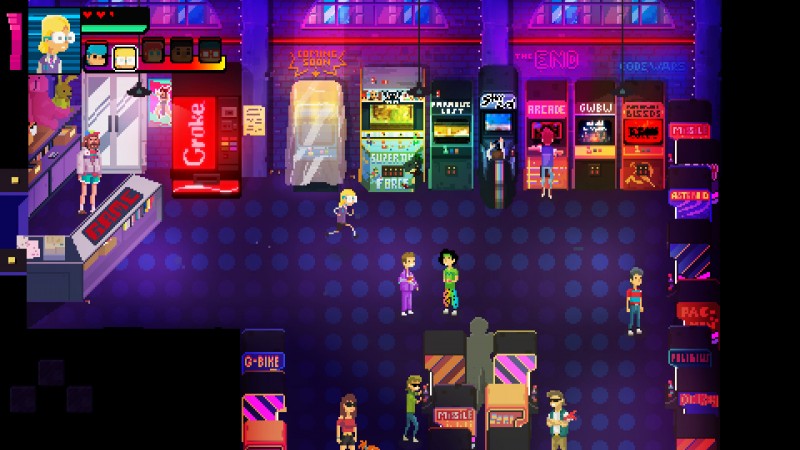 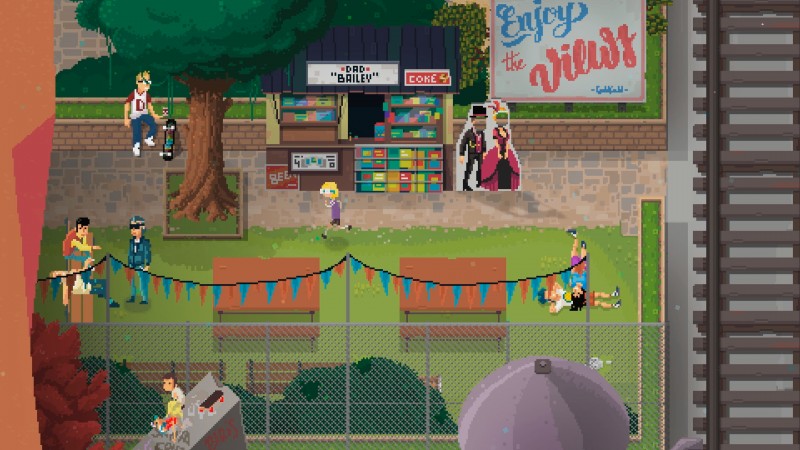 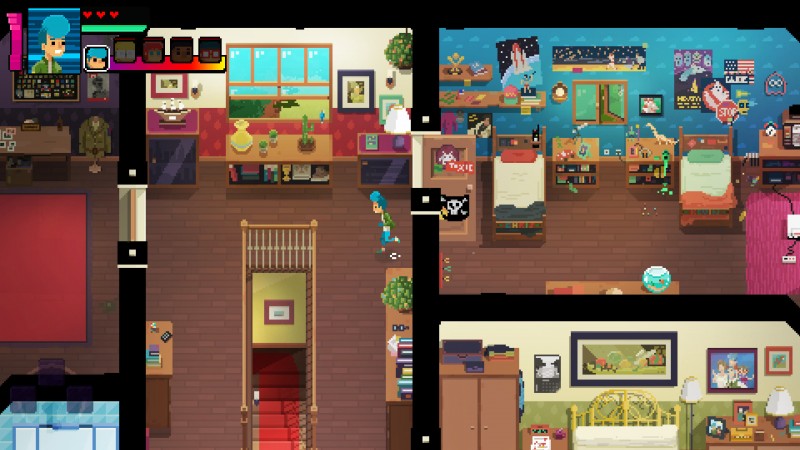 9
About Game Informer's review system
Concept
A band of teenagers in 1986 try to save a small Californian town from being taken over by a shadowy government outfit and other dark forces
Graphics
The pixelated graphics are married to beautiful environmental design, resulting in one of the best looking retro-aesthetic games around
Sound
The soundtrack is a great pastiche of ‘80s tracks that convincingly pay homage to the likes of John Williams and Ennio Morricone, but is strong enough to live outside of its influences
Playability
Crossing Souls’ tutorial is both informative and breezy, making the game easy to pick up and play
Entertainment
Thanks to its robust battle system, intriguing character-switching puzzles, and beautiful storytelling, Crossing Souls is a fantastic adventure that goes beyond its nostalgic trappings
Replay
Moderate 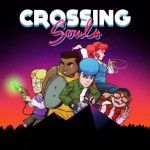