Fans of slasher films know that the joy of a great, campy horror flick isn’t the destination; it’s the blood-spattered journey. Figuring out the trick to conquering some otherworldly power that has been slaughtering innocent teenagers may be the resolution, but most of us are just there to watch the massacre. Corpse Party developer Team GrisGris clearly understands this twisted secret to shock cinema and puts it to expert use in this downloadable PSP game.

Corpse Party begins innocently enough, as a group of Japanese students and their teacher gather together to say goodbye to a friend who is transferring. One of the students is obsessed with the occult and introduces the group to a ritual that will ensure they stay friends forever. Unsurprisingly, something goes wrong, and the crew quickly finds themselves separated and fighting for their lives in a dilapidated mirror image of their high school full of ghosts, murderers, and dead bodies.

Visually, Corpse Party resembles a 16-bit RPG more than the grim, grainy footage you might expect from the plot description. Like any good spook, though, that first look is deceiving. Though characters sport hit points that can be drained by touching ghosts or walking on poisonous patches of floorboard, the game plays out more like an old-school adventure game. You find keys, solve simple puzzles, and figure out the exact order to do things to make the relatively linear narrative progress.

Corpse Party raises itself above the average horror fare by focusing on endings; not the final ending, but the various gruesome deaths the protagonists encounter along the way. The game is split into five chapters, each of which features one real ending and a variety of terrifying “wrong ends.” Sure, you could play it straight and narrow and make sure every student survives on your first run, but the game successfully pushes true horror enthusiasts to make bad choices just to witness what disgusting consequences the developers dreamed up. It even keeps track of which of the game’s 20-plus endings you’ve unlocked.

Though Corpse Party pulls off scary and intense moments much better than I expected going in, it does have a handful of flaws. The dialogue is sometimes more absurd than the gravity of the situation warrants, and a couple members of the rotating cast of playable characters fail to develop any likable or memorable characteristics. More damning for some, hitting a wrong end – whether on purpose or not – results in needing to go back to the last saved game and replay sometimes-lengthy dialogue segments. Save points appear frequently, but this would be much less of a problem with an option to speed up dialogue or skip the talking sequences.

The pace doesn’t always keep your blood pumping, but by the end, Corpse Party’s clever and unique style rises above those minor complaints. I witnessed around a dozen of the game’s possible conclusions – including the satisfyingly dark “true” ending – and I still feel like I have motivation to jump back into the game and discover some of the other bad endings. Gamers with a weak stomach or lack of patience should stay away from the cursed grounds of Heavenly Host Elementary, but if you have an appreciation for gory splatterfests from the theaters, this is one forbidden ancient ritual that you should take part in. 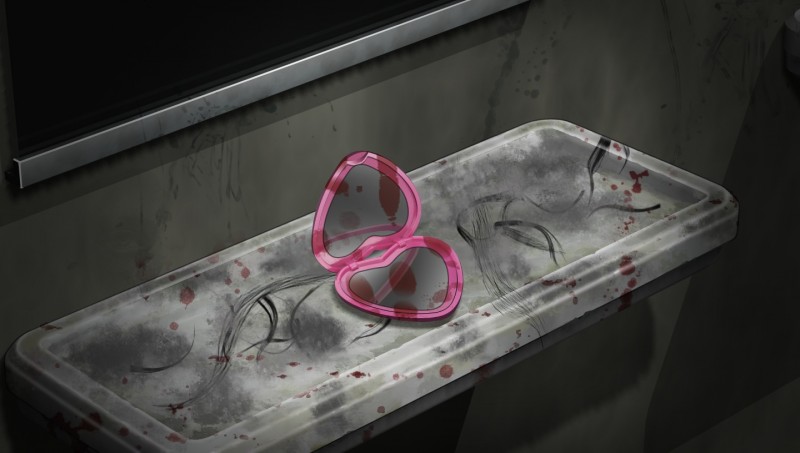 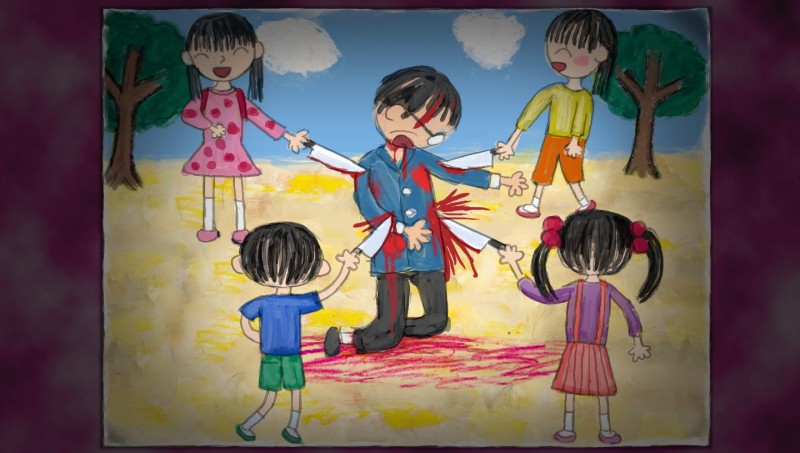 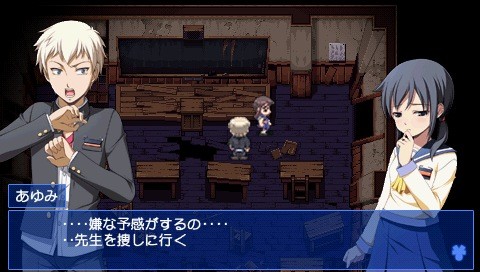 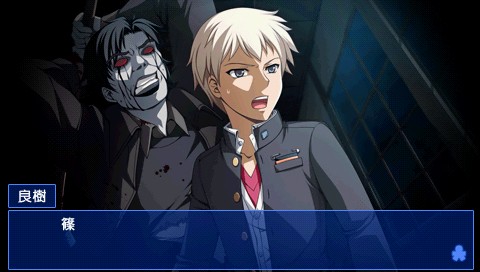 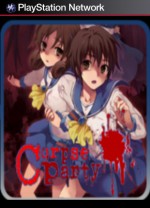 Fans of slasher films know that the joy of a great, campy horror flick
isn’t the destination; it’s the blood-spattered journey. Team
GrisGris clearly understands this twisted secret to shock cinema and
puts it to use in this game.

Purchase More Info
8
i
Game Informer's Review System
Concept The gameplay of a classic adventure game meets the setting and surprises of a Japanese horror film
Graphics The top-down perspective and pixel art look like something out of an old Final Fantasy game; scattered animations of important scenes round out the package
Sound Intense music and subtle sound cues build a sense of dread as you explore haunted hallways
Playability Replaying dialogue sequences will challenge your patience more often than the simple puzzles challenge your wits
Entertainment Despite the sometimes restrictive gameplay, Corpse Party successfully emulates the horror movie formula better than most big-budget horror games
Replay Moderate