Comic Jumper is a game I have a love/hate relationship with, depending on when you catch me playing. Harkening back to old school shooters, Comic Jumper pits you against swarms of enemies, flurries of projectiles, and multi-stage bosses that will have you respawning aplenty. Fits of frustration are usually followed by a self-congratulatory euphoria, only to wash, rinse, and repeat on the next level.

Captain Smiley, an out-of-work comic hero, is forced to earn extra dough (and regain his readership) by guest starring in popular comic properties. Each comic – be it the Conan-inspired Nanoc the Obliviator or the Silver Age Improbable Paper Pals – has a unique art style, sound direction, and roster of enemies.

Gameplay breaks down into shooter and brawler segments, with inimitable boss battles peppered in to keep you on your toes. The combat is shallow – melee attacks are very limited and the nature of analog shooters is logically restrictive – but the papercraft geishas armed with bladed fans and fire-breathing marionettes don’t give you time for respite. Boss battles offer the most varied combat, and much like old school shooters you learn by trial and error, deciphering their patterns before you can reduce their massive health bars to zero. Other than a hit to your score (and missed monetary bonus potential), the penalty for death is nonexistent. Unfortunately, the checkpoints are unreliable, sometimes restarting you back significantly further than you would expect.

My favorite aspect of Comic Jumper is that the devs at Twisted Pixel didn’t break the fourth wall; they completely decimated it. Captain Smiley converses with real life Twisted Pixel employees during the game, and you can even call for live-action aids if you want some of the staffers to help you in battle. The studio’s personality is infused into every aspect of Comic Jumper, and I couldn’t help but be endeared to them.

Comic Jumper is one of the most original games of the year. If you’re up for the challenge and don’t mind the shallow combat, it’s worth the price of admission. 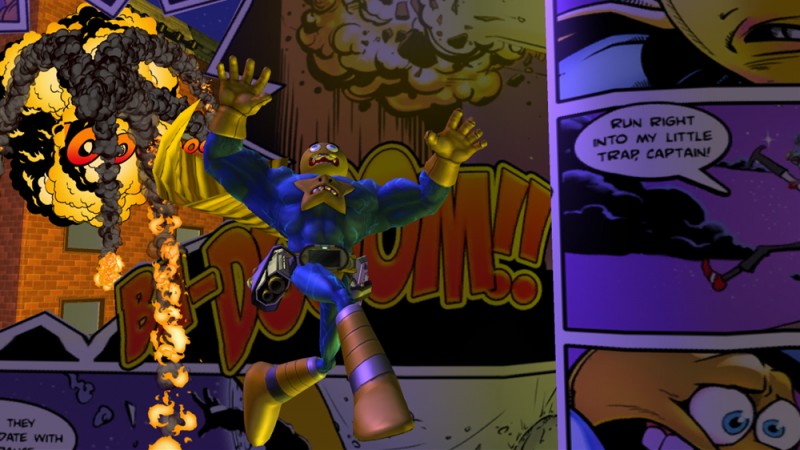 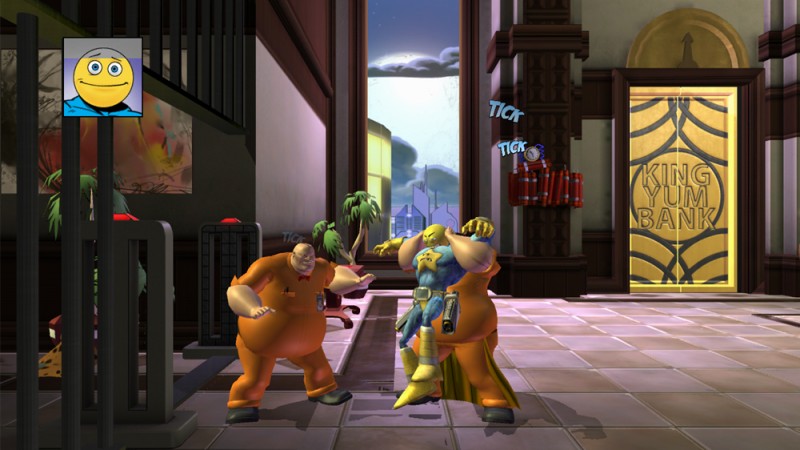 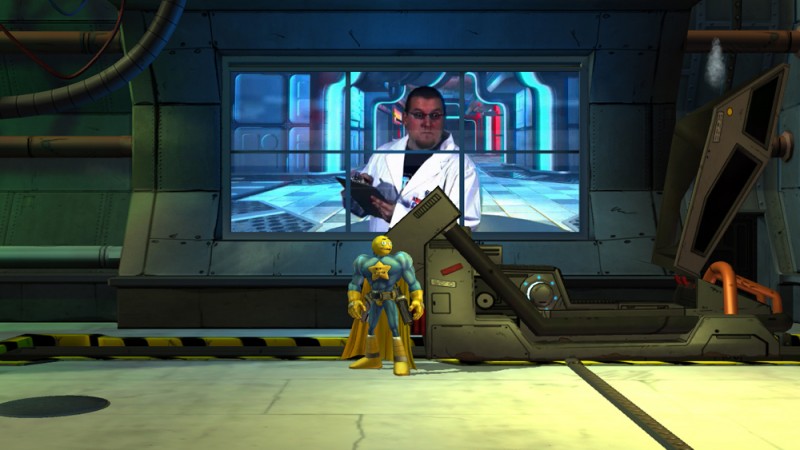 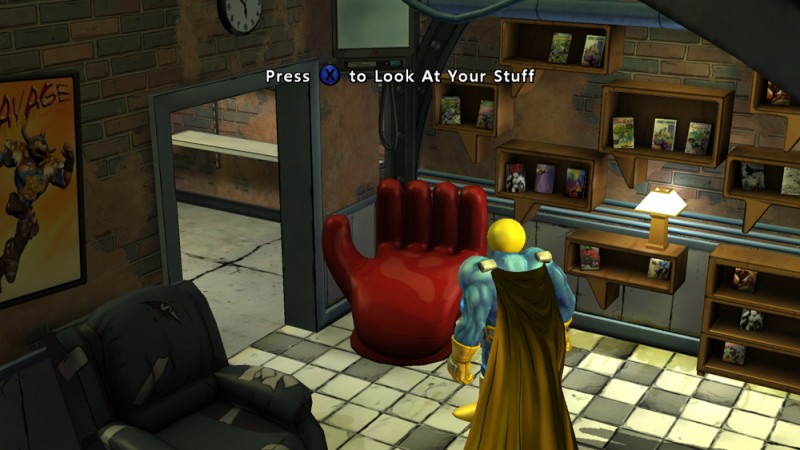 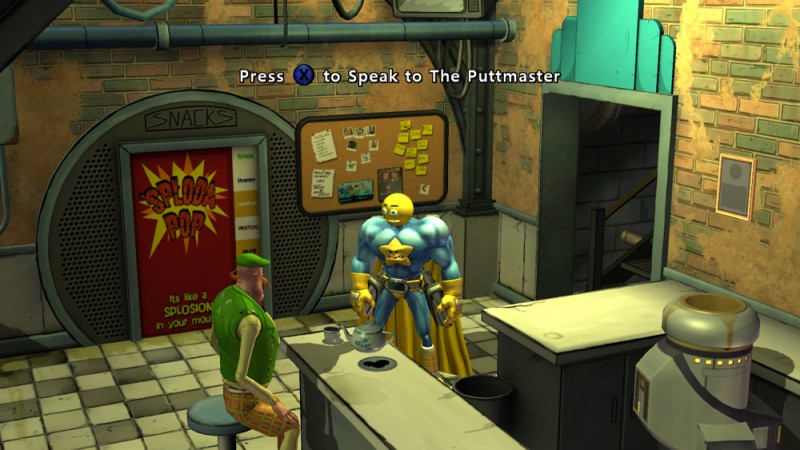 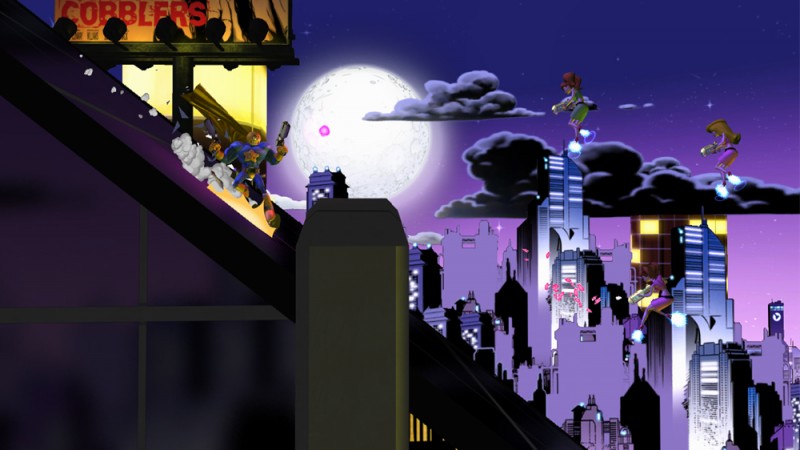 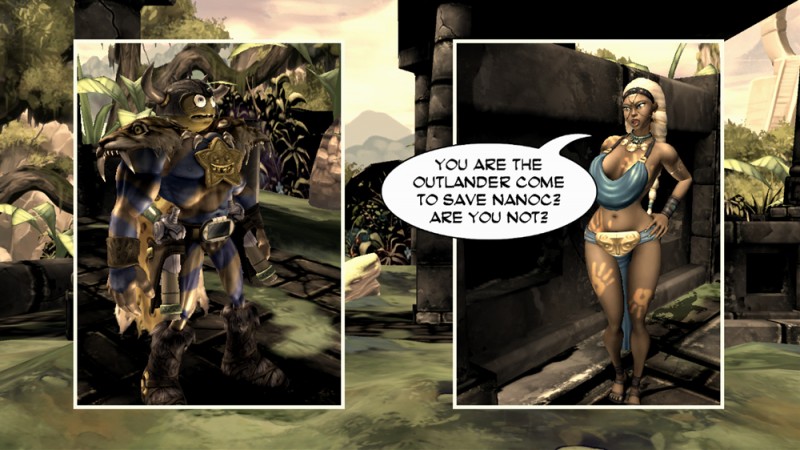 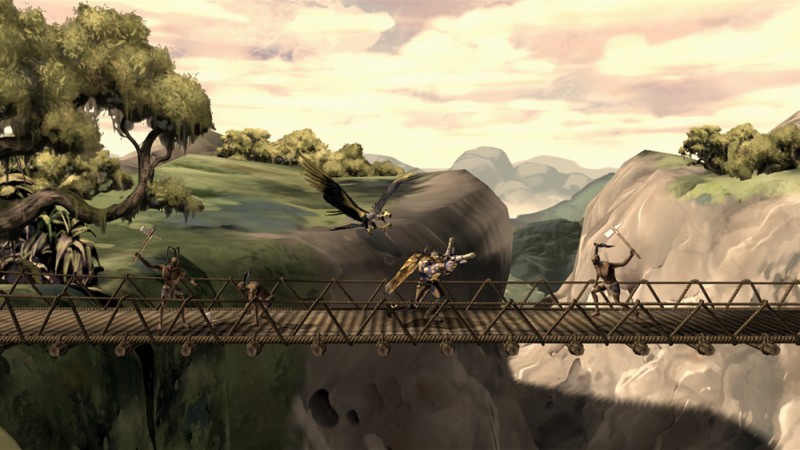 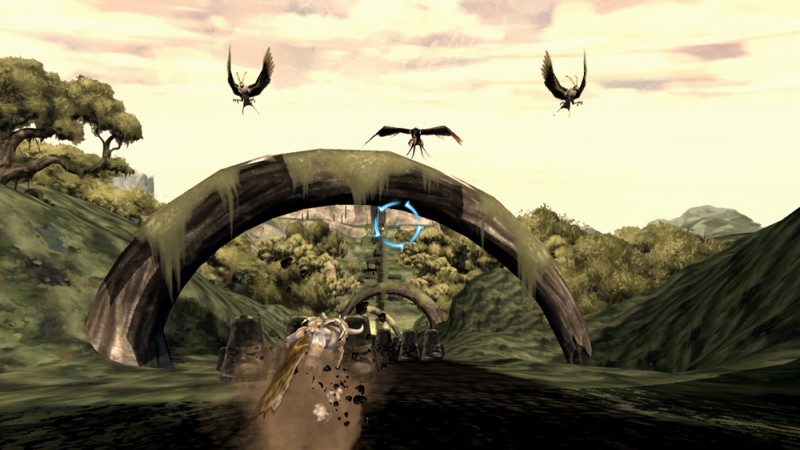 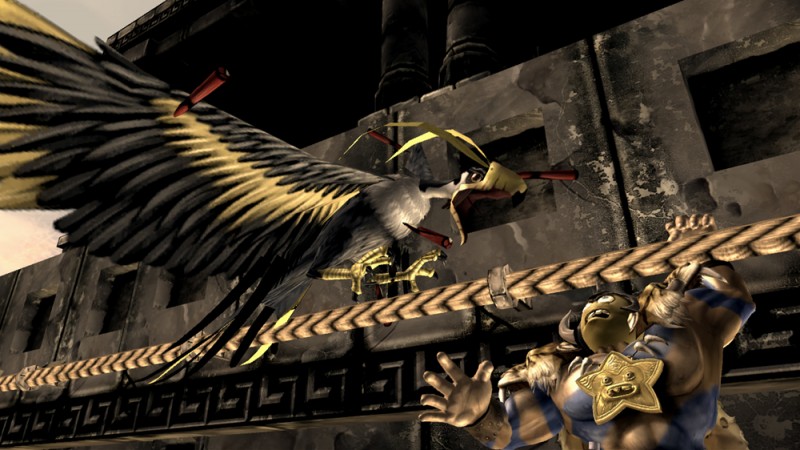 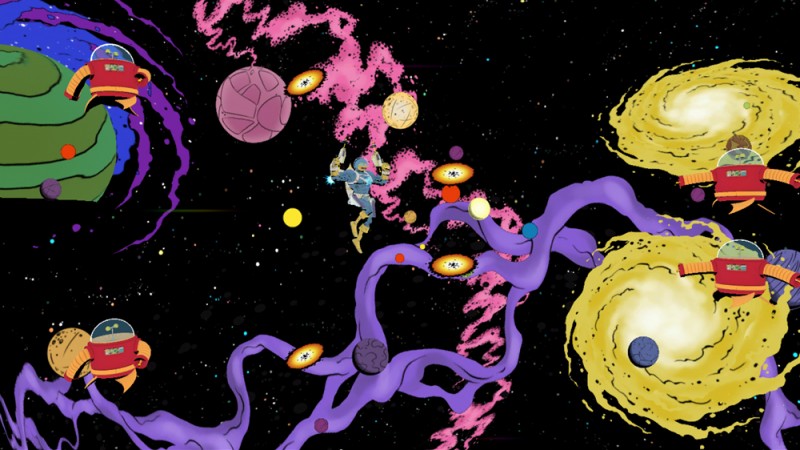 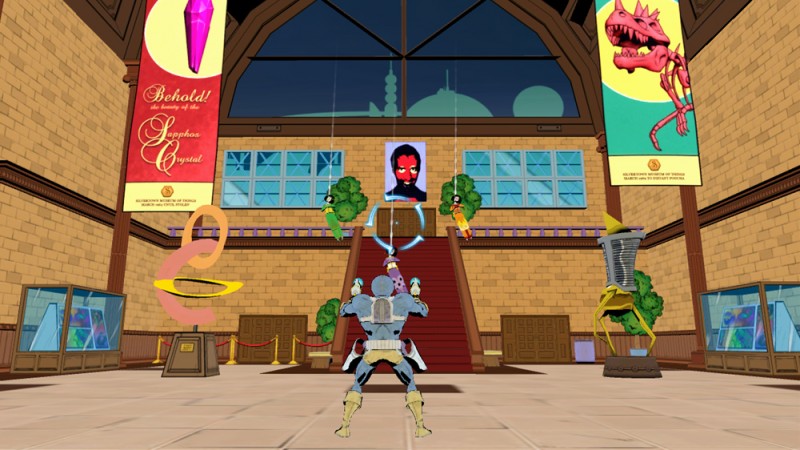 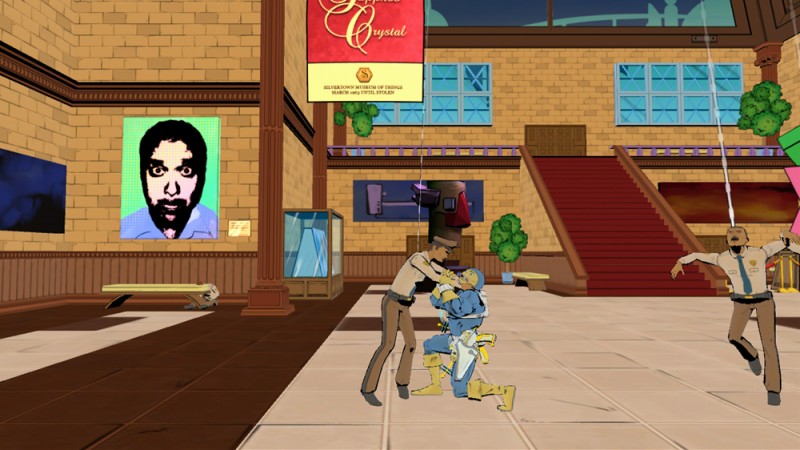 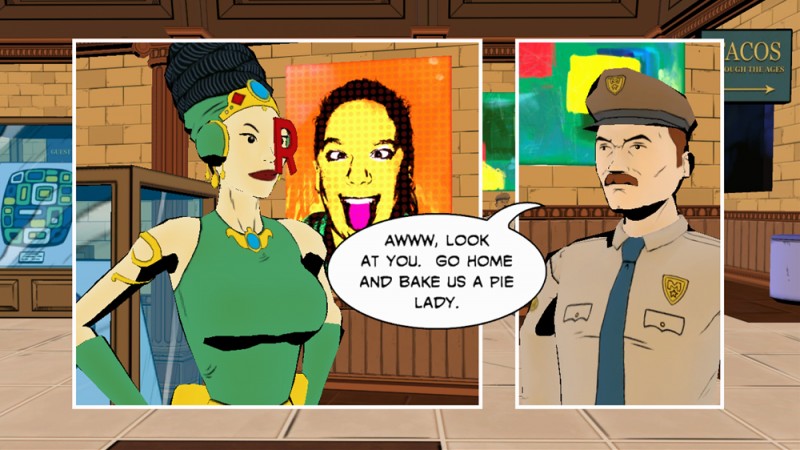 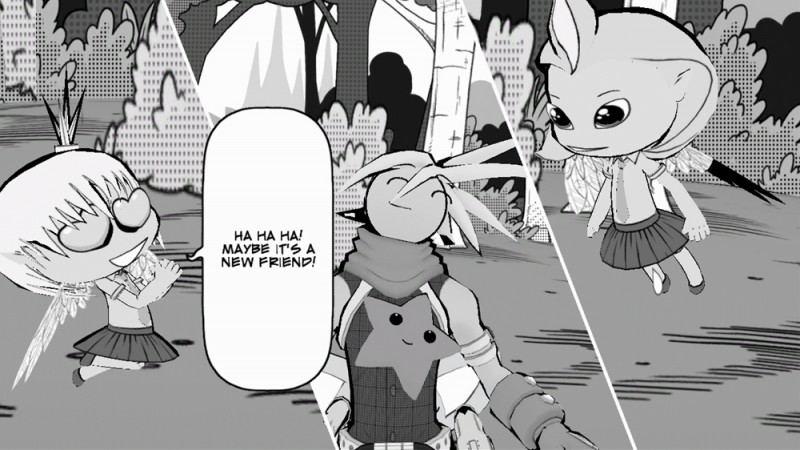 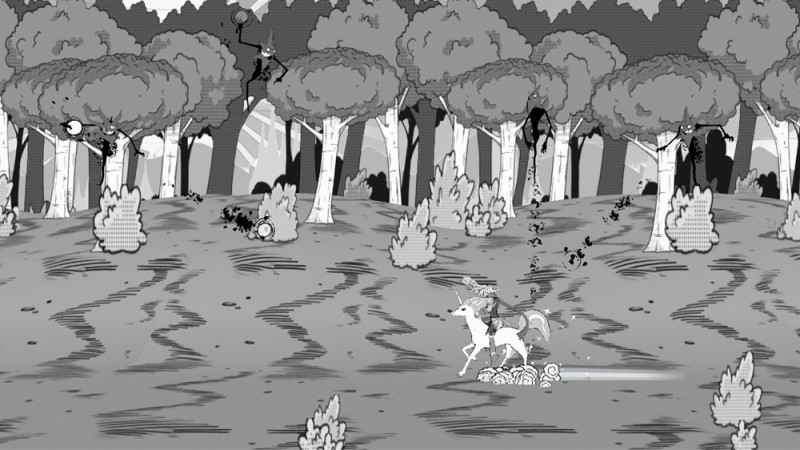 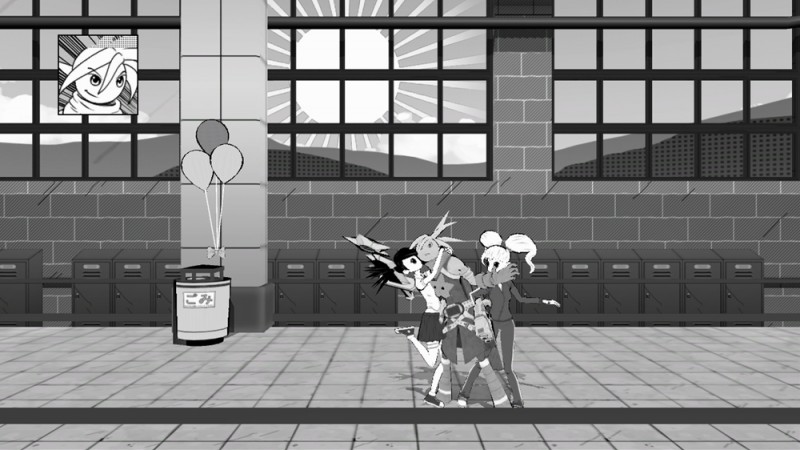 Harkening back to old school shooters, Comic Jumper pits you against
swarms of enemies, flurries of projectiles, and multi-stage bosses that
will have you respawning aplenty.

8
i
Game Informer's Review System
Concept An out-of-work superhero guest stars in other comic properties for cash
Graphics The diverse art styles give each level a fresh spin and added incentive to push forward. Captain Smiley’s bulbous head makes him the most unnerving hero ever, though
Sound The music is as varied as the art direction, used both to set the tone and as an outlet for humor
Playability Comic Jumper follows in ‘Splosion Man’s footsteps with punishing gameplay, but since there’s no penalty for dying, frustration doesn’t dip into deal-breaker territory. A few cheap deaths had me gritting my teeth, however
Entertainment Sometimes the humor seems forced, but overall Captain Smiley kept me chuckling. Bonuses for exploring, purchasable character progression, and unlockable content all provide incentive to revisit
Replay Moderate