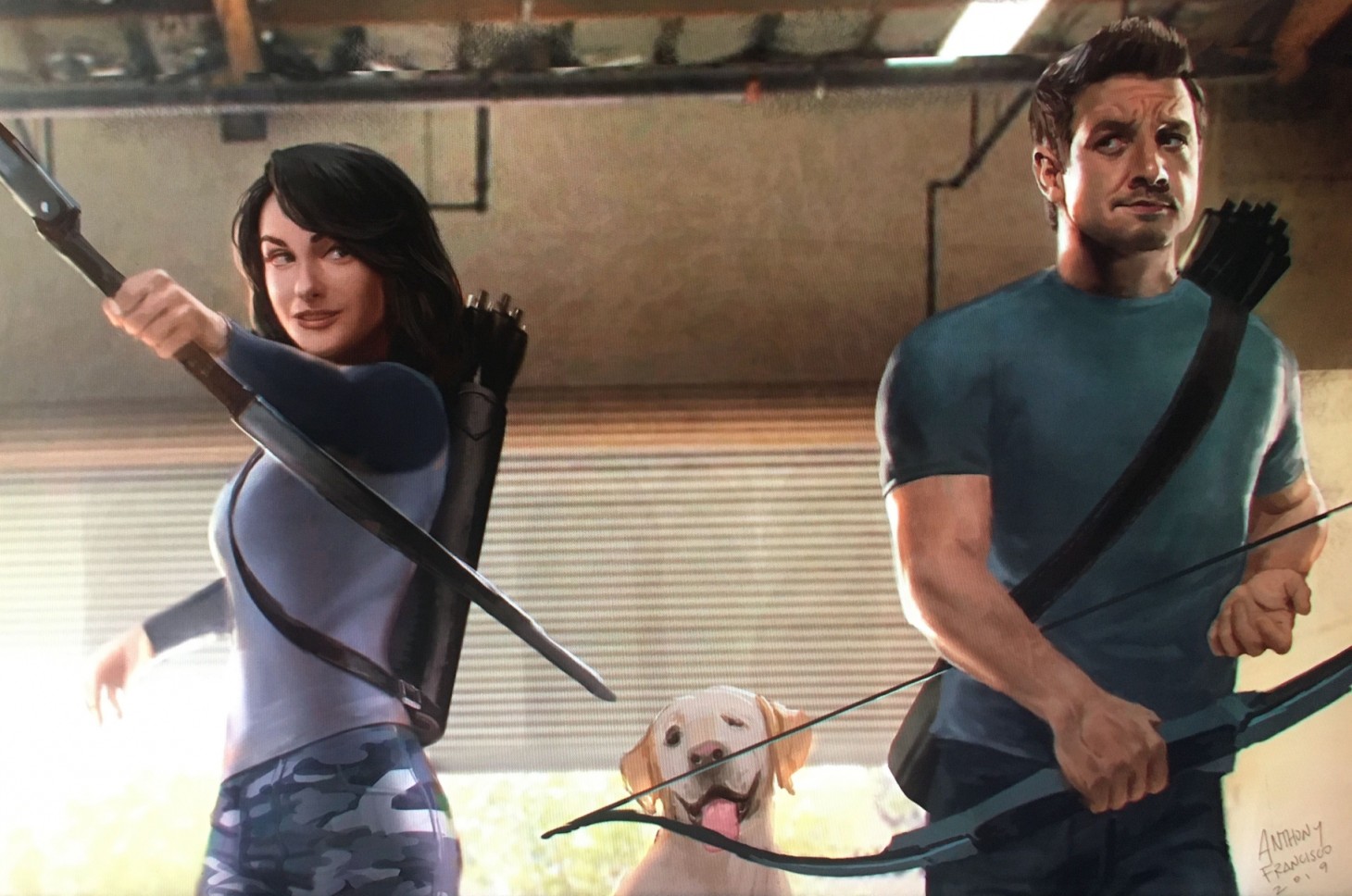 The Disney+ Hawkeye television show launches this holiday season, and the new trailer released earlier today is all about sharing that lovely Christmas spirit with fans of the hero. The scenes on display delved into Hawkeye’s dark past, his relationship with his family, and an enthusiastic apprentice named Kate Bishop. The two heroes join forces to take down some baddies and get home in time to open presents. You can watch the trailer below.

Lila Barton, Hawkeye’s daughter, opens the trailer exclaiming that “This is the first Christmas we’ve had in years.” Her father is all too aware of this, having lived in the depths of despair following the events of Avengers: Infinity War. Thanos snapped his fingers, and Hawkeye lost everyone and everything that he held dear. The cosmic supervillain’s eventual defeat brought immense joy and celebration. However, a dark past filled with violent, regrettable actions still haunts the moody bowman even as he yearns and works to “make up for lost time.” You see, Hawkeye traveled the world as Ronin – a merciless champion of vengeance – after the universe was brought to its knees; that pain and the fallout from Ronin’s existence don’t just go away.

Cue a grave new mission and the sudden introduction of Kate Bishop, the alleged “world’s greatest archer” and total Hawkeye-superfan. The two will attempt to survive run-ins with the mafia and other diabolical groups as they try to protect NYC during a white Christmas.

Marvel Studios’ Hawkeye will be available for streaming with Disney+ on November 24. The show stars Jeremy Renner (The Hurt Locker, The Town) as the titular hero and Hailee Steinfeld of True Grit and Bumblebee fame as Bishop.

What are your thoughts on the trailer? Will you be tuning in to watch the series?