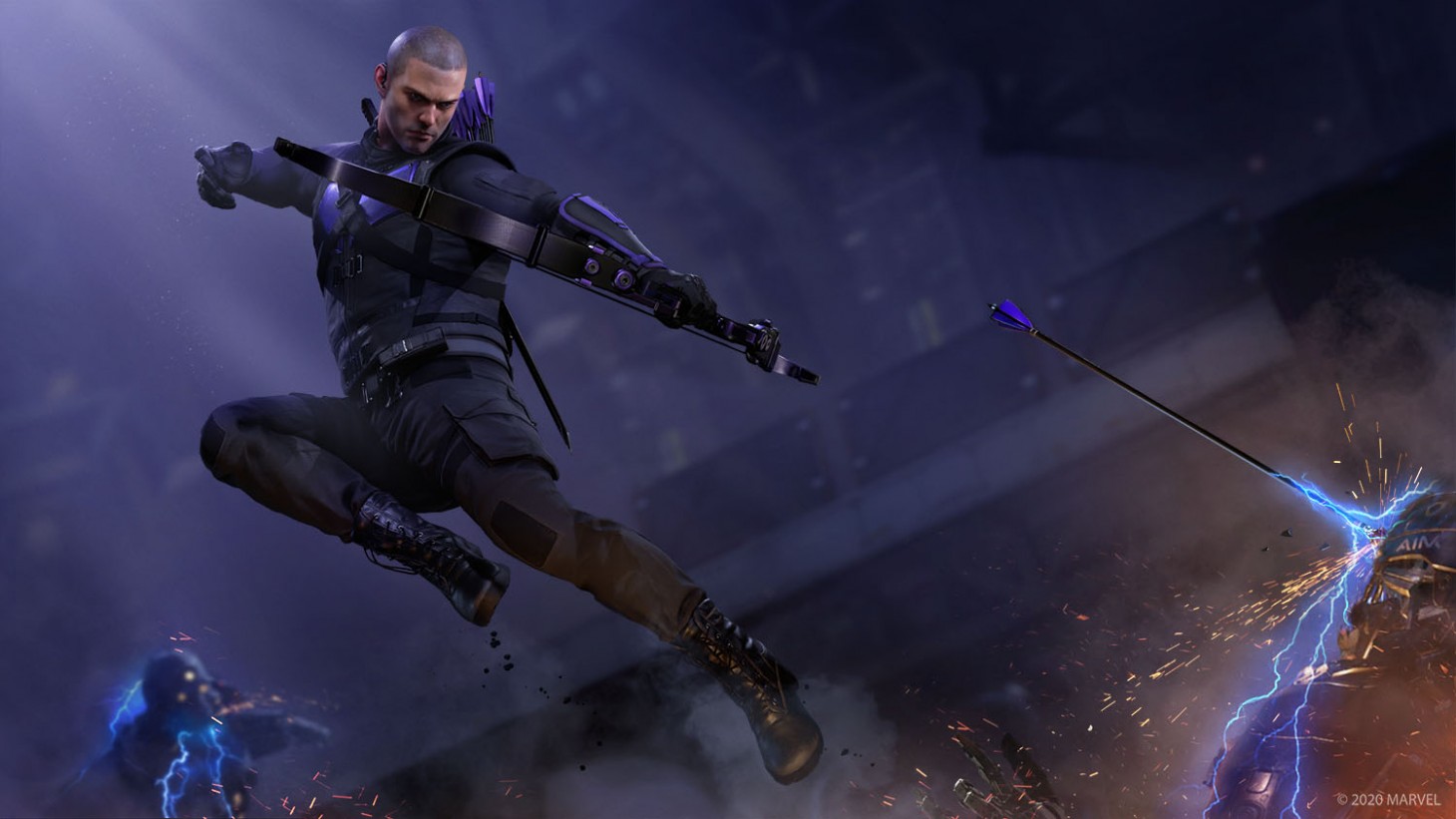 Hawkeye Is The First Post-Launch Hero For Marvel's Avengers

As Crystal Dynamics has said, the launch of Marvel’s Avengers is just the beginning. Once the game is out, the team will add new heroes, villains, missions, story arcs, and more, free of charge. Shortly after release, Hawkeye will be available as the first post-launch hero. Since the bow-and-arrow-wielding Avenger is considered a core member of the traditional Avengers team, the in-game story isn’t just going to ignore that he was missing throughout the main campaign.

“He was lost track of at the end of [the attack on A-Day],” studio head Scot Amos says. “There’s an entire story pack that comes with him that tells what he’s being doing for these last five years. What you get is a full story that you can, uniquely, play his story as a full co-op experience. Then you can go back and replay all the stuff that comes out on day one in the Warzones with Hawkeye now, as well as all the new stuff that comes with him. He also has some unique story threads that tie up a few gaps that you might have noticed in some of the campaign but also throw out some new threads for the future.”

Given Crystal Dynamics’ history with the Tomb Raider series and Lara Croft's satisfying bow combat, Hawkeye seems like a perfect fit for the studio. However, it’s not a one-to-one translation, even if some of the gameplay mechanics were transferrable to this new character.

“Lara was designed as a character in a much different world," Amos says. "She's always about survival and she’s not a superhero, but she’s smart, and she’s resourceful. And she’s always that character that has to overcome through her cleverness and through some very specific tactics. Hawkeye is a superhero, so while we have these good mechanics that we’re used to, you have to put them in a very action-forward kind of experience. The way he plays is different than Lara hunting and pecking and looking for optimal sniper ranges. You’re jumping in it to win it with a bunch of these enemies coming at you very fast and very real time, so we had to actually improve it. Lara had some trick arrows like her explosive arrows and gas arrows, so we had a few tricks up our sleeves, but Hawkeye has a much broader palette. There’s just so much fun stuff we can do. And it’s not just a bow and arrow: It’s literally this thing that gets to launch these devices that cause all kinds of unique explosions and debilitating effects.” 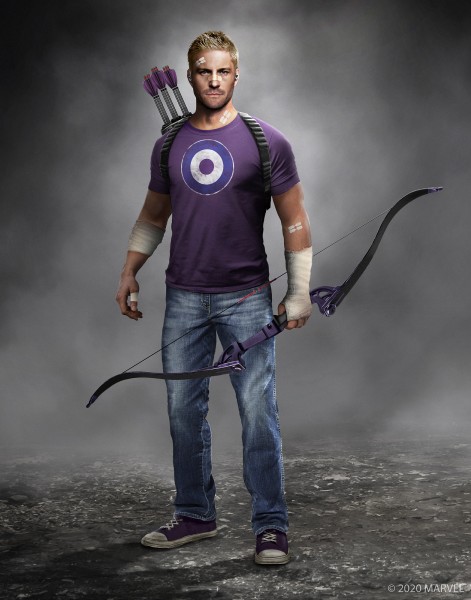 If Hawkeye isn’t your heroic cup of tea, don’t worry; more updates are on the way, offering a variety of new opportunities to players. “I think people will be surprised,” Amos says. “We have new regions and new expansions … and we haven’t even talked about villains! ... Yeah, Hawkeye is coming. But who is Hawkeye fighting and what's happening in the story? We can't wait to tell you!"

Marvel's Avengers launches on PlayStation 4, Xbox One, Stadia, and PC on September 4, with PlayStation 5 and Xbox Series X versions coming at a later date. For an in-depth look at what the game brings, head here.