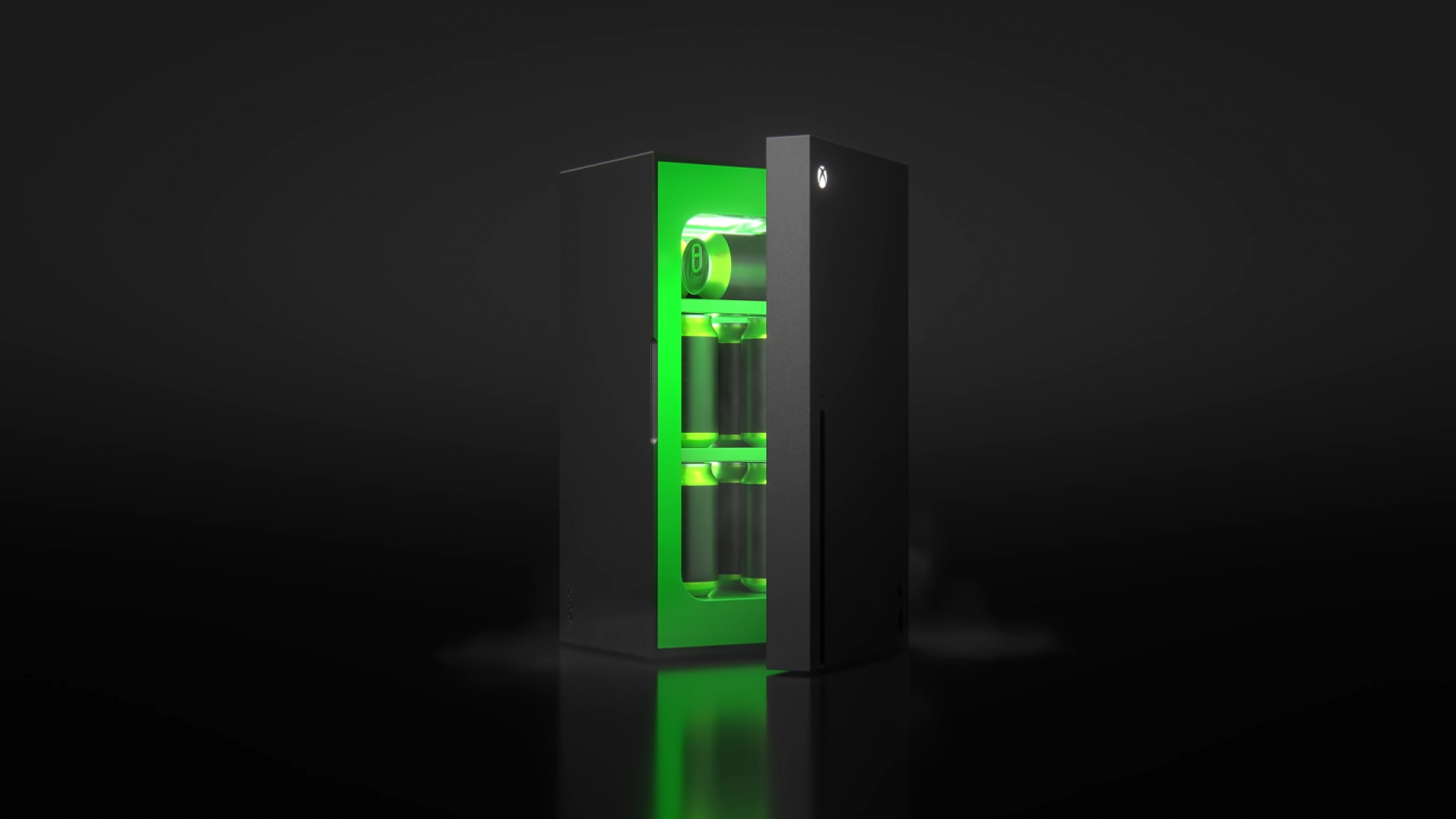 Official Xbox Mini Fridge Will Be Available For All This Holiday, "Xbox And Chill"

Friendships? They come and go, but you know what's forever? Memes. Memes last forever. Sound dorky? You're probably right, but the fact is that companies have been incorporating "meme culture" into marketing strategies more and more in recent years, and the effect is hard to deny. The team over at Xbox is a perfect example, handing over social media control to gamers that are passionate about the community and memes? There's no denying that's a universal language. The company of Xbox itself isn't afraid to get a little weird for a new promo. Case and point? The Xbox Series X fridge Microsoft debuted last year. We thought that was the end of that, but no, Team Green is back with another kitchenware item: the Xbox mini-fridge not too long after and now? Now you can buy one yourself.

During the Xbox-Bethesda E3 2021 showcase, Team Green showed off the Xbox mini-fridge as a buyable option, no longer something just for a select few. Following a Starfield reveal, a surprise Redfall announcement, and many new Game Pass additions, the gaming company slid in one more announcement: the Xbox Series X Mini Fridge.

Spoofing the console slogan, the mission of this collector's fridge (a phrase I never thought I'd say) is "the world's most powerful mini-fridge." The company even took the joke one step further, saying that it has Xbox Velocity Cooling Architecture, which honestly? You've got to give credit where credit is due; that's hilarious.

The Xboxified fridge will be available to purchase this holiday season, so it could be the perfect Christmas gift. We don't have a price yet, but we're sure Xbox will have more to share the closer we are to that particular time of the year.

For actual gaming news out of E3 2021, be sure to check out our dedicated event hub here. We've got the latest news, interviews, watch-alongs, and so much more!

So, we've gotta ask ... are you planning on scooping up an Xbox mini-fridge? What other out-of-the-box gaming gear would you like to see next? Sound off with your spicy takes in the comment section below!