We've already gotten a tease of what we can expect when Hasbro unveiled a Fortnite x G.I. Joe figure for Snake Eyes, who appeared in the game's Zero Point event. Hasbro also continues to create Fortnite Nerf gear.

During today's livestream, Hasbro unveiled a Victory Royale line that consists of some of Fortnite's better known original creations. This first wave of figures features Ripley, Lynx, Midas Rex. Each figure comes with a harvesting tool, weapon, and backpack prop. You can see all four figures below: 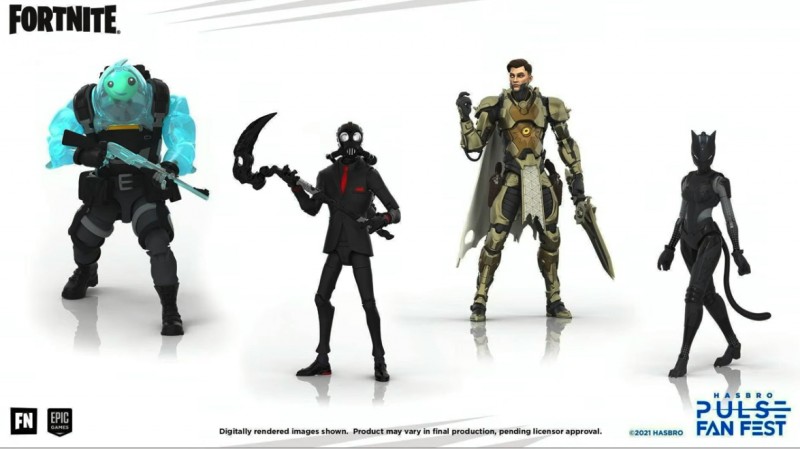 Hasbro next unveiled a deluxe figure for Meowscles. Unlock other figures that have already been based on this adorable character, this one is features his shadow skin. Like the other figures in the line, Meowscles comes with a variety of props, including a workout bench. 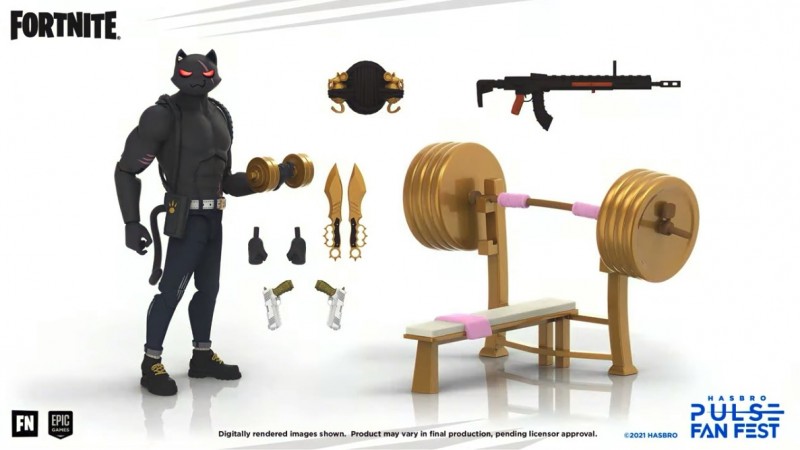 Sky Snipes is also getting a deluxe figure, complete with the adventure pack back bling that can store one of her swords. 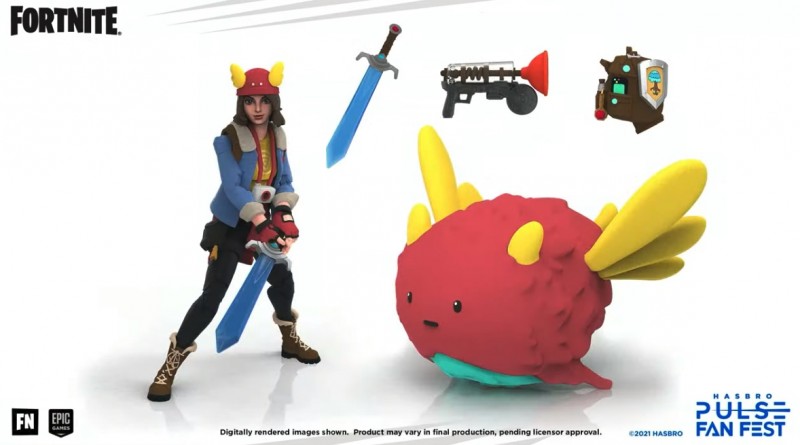 If you like the sharks in Fortnite, you can add one to your collectibles shelf. This giant figure can split in two to reveal a number of accessories, including a fishing rod. You can put the fishing hook in the mouth of the shark to have one of your other figures ski behind him. 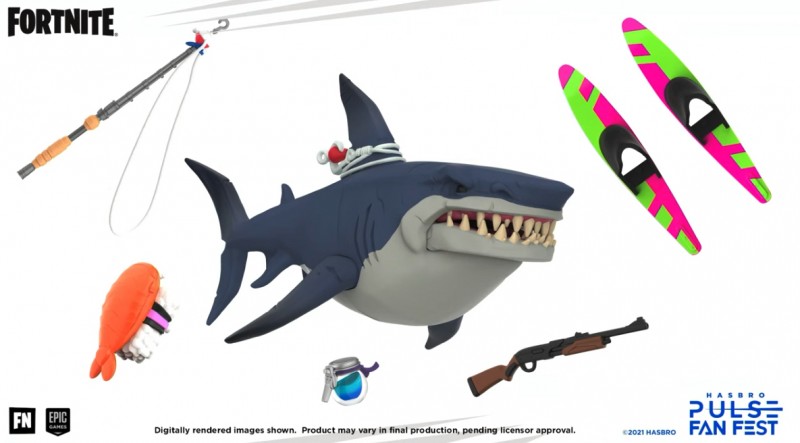 No release dates or price details were given for any figure, but Hasbro did say details will be coming soon. What do you think of Hasbro's entry into Fortnite action figures? Let us know if you are excited for this line in the comments section below.