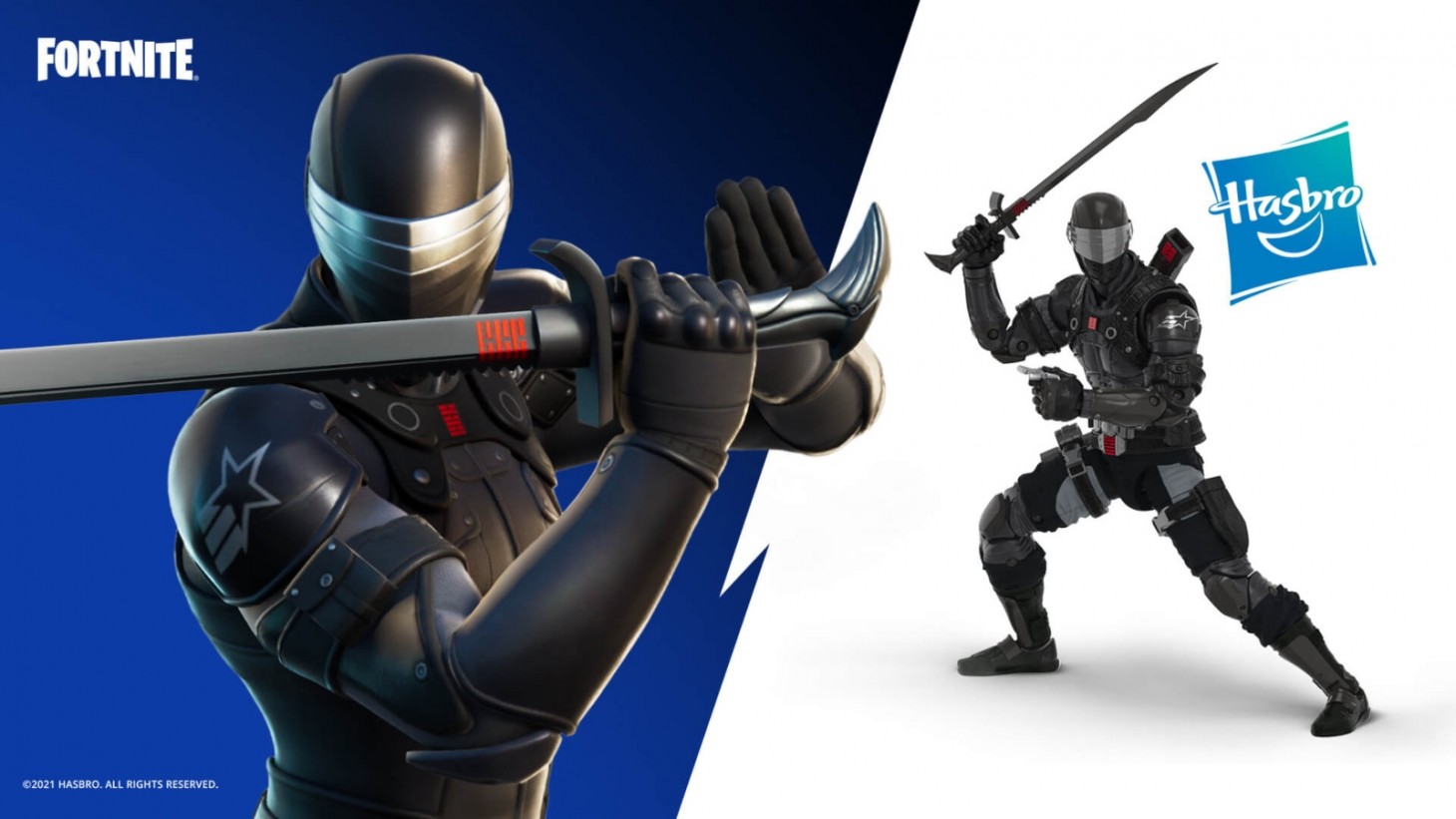 Hasbro and Epic Games are extending their product licensing partnership for another five years. The new deal opens the door to new Fortnite merchandise, including figures, vehicles, and role-playing gear.

The original deal only covered outdoor play products and tabletop games, such as the Fortnite-branded Nerf guns and Monopoly game. Now, the popular battle royale will receive a wider range of products in its name. There’s no specific plans announced yet, but Hasbro cited the recent release of the Fortnite x G.I. Joe Snake Eyes: Zero Point Edition figure (pictured above and has since sold out) as an idea of the kind of products to expect from the partnership going forward. Hasbro also promises that new in-game experiences are in the works as well. The press release says that Fortnite's new Hasbro products should arrive in stores this fall.

“Hasbro ’s expertise in the realm of collectible figure and role play segments has yielded incredibly positive results for our long roster of entertainment based action brands,” said Adam Biehl, SVP GM at Hasbro, Inc. We ’ve had tremendous success collaborating with Epic Games and the Fortnite brand over the past few years, and this expanded product licensing partnership allows us to deliver an amazing lineup of Fortnite inspired toys and collector items that we’re confident fans will be excited to experience.”

Fortnite has been on a roll as of late thanks to its star-studded fifth season, which has featured guest appearances from characters across popular media. Kratos, Master Chief, The Predator, and, most recently, Street Fighter have all joined the fray; if you've got a popular license, Fortnite has a spot for you.

For more on Fortnite, check out Andrew Reiner's opinion piece offering a father's slightly positive spin on microtransactions. And if you're a collector looking to procure more Hasbro figures, the company recently unveiled a figure of Star Wars Jedi: Fallen Order's Cal Kestis.