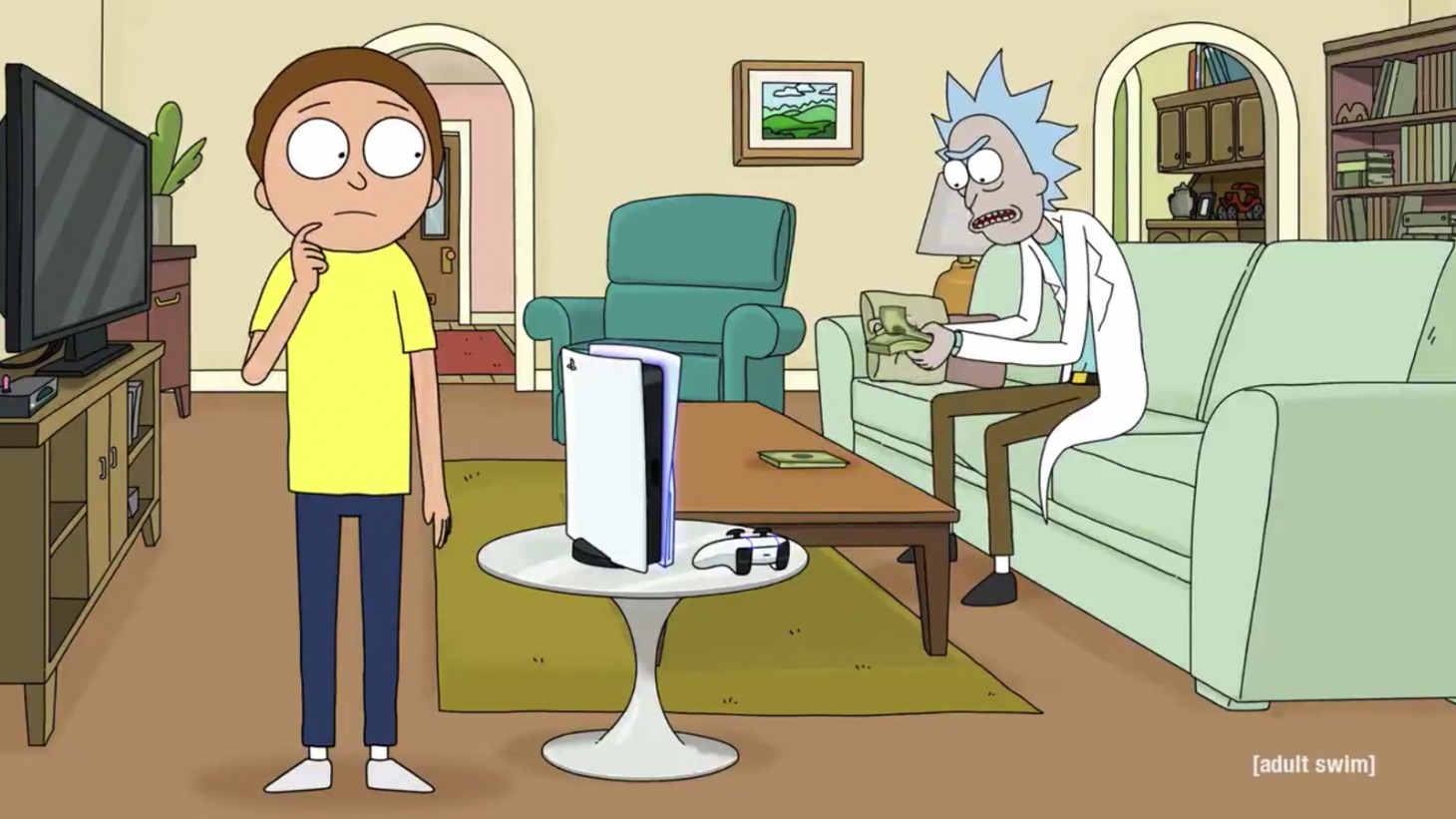 Rick And Morty Want You To Buy A PS5

Rick and Morty are no strangers to video games. They play the life simulator Roy in an episode of the show on Adult Swim, and they have even starred in their own VR experience (though I didn't love it). But the dimension-hopping duo's latest contribution to the gaming industry is a new ad for the PlayStation 5.

Rick and Morty bring their signature brand of humor to the spot, making it clear multiple times that they are only saying what they've been paid to say. Even so, it's still an entertaining little bit for fans of the show to enjoy. Plus, the irreverent tone is a fun change from other PS5 commercials we've seen so far. See the ad in the tweet below:

Of course, the saddest part about seeing a commercial for PlayStation 5 is knowing that it will add more people to the growing throngs hoping to buy the system – which means that they could remain difficult to snag. With preorder scares combined with the PS5's online-only launch, obtaining Sony's next-gen console is not as simple as walking into a store or ordering it from any retailer.

PlayStation 5 isn't alone on that front, either; Microsoft's Xbox Series X/S systems have also been hard to secure. This console launch has been the biggest in Xbox history, with many would-be Xbox owners putting their hopes in various giveaways to get their hands on the systems.

But if the persuasive powers of Rick and Morty have swayed you to the PS5 side of the fence (or if you already own one), we have plenty of ways to help you get the most out of your new system. You can read our exhaustive PlayStation 5 review, our impressions of the new DualSense controller, and our review of Astro's Playroom – the cute little platformer that comes pre-installed on every PS5.

Still unsure if PS5 is right for you? We can also help you decide which next-gen console you should get – assuming you have some sort of multi-dimensional portal gun that can take you to an alternate universe in which PlayStation 5 and Xbox Series X/S are always in stock.