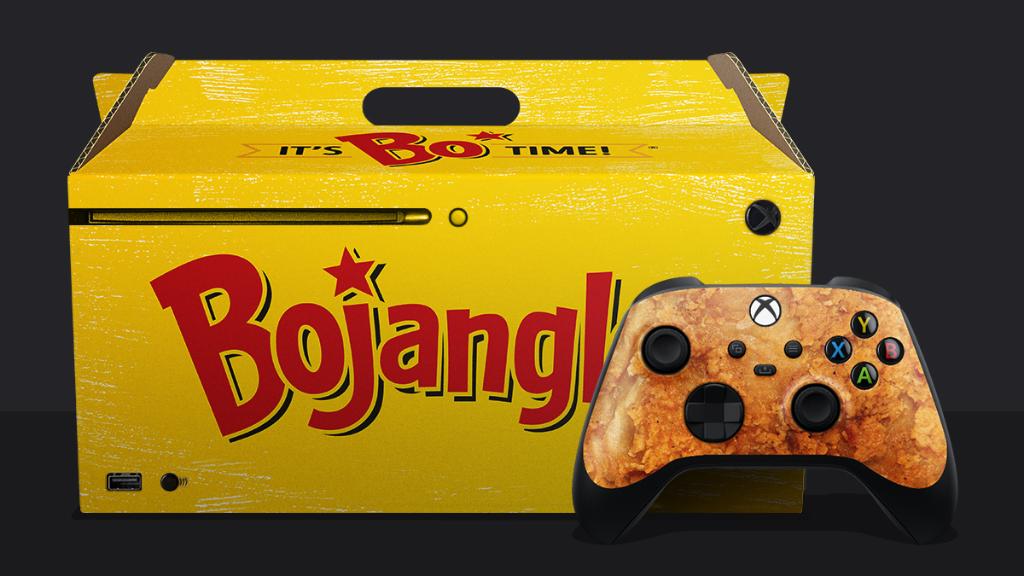 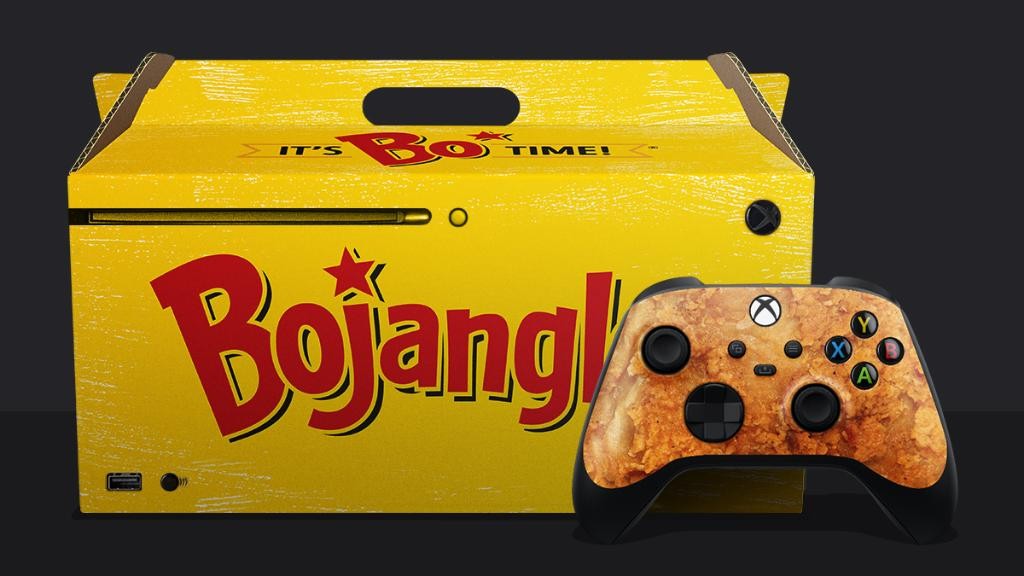 In the most random of random mashups, Bojangles is getting in on the next-gen hype with a special Xbox Series X. 2K is offering a Borderlands 3 edition, and now there is a finger-lickin' chicken-lover version as well.

That fast food chain took to Twitter with the crossover console, saying "Ok, we're really dong this," with an added "Yes, seriously" at the end for good measure. Is the Xbox Series X cute? Nope. Is it cool looking? Also no. Is it weird enough to make us want it? Maybe...

The Xbox Series X launched just yesterday to record-breaking sales. While many weren't able to get pre-orders on both the Xbox and PlayStation side of the pre-order spectrum, restocks are expected soon. In the meantime, there are contests like these that make getting a chance at owning a new generation's system a little bit higher. Plus chicken. Bojangles sure does know how to make good chicken.

If you've already scooped up your new system, we've got a few games we can't help but to recommend to scoop up at launch. Even moreso, we've also got other titles further along post-launch that we are super excited for as well.

Between the PlayStation 5 and the Xbox Series X, the next generation of gaming is smoother and faster than ever before. With Microsoft also tearing the walls down between PC and consoles with Steam launches as well, and it's hard not to get into the hype for what the future offers.

So what do you say? Are you feeling the Bojangles Xbox Series X or is not having one worth the pain of having to look at that every day (kidding)? If you could have any Xbox Series X design of your choice, what would it be? Sound off with your thoughts in the comment section below! Give us those wild ideas!