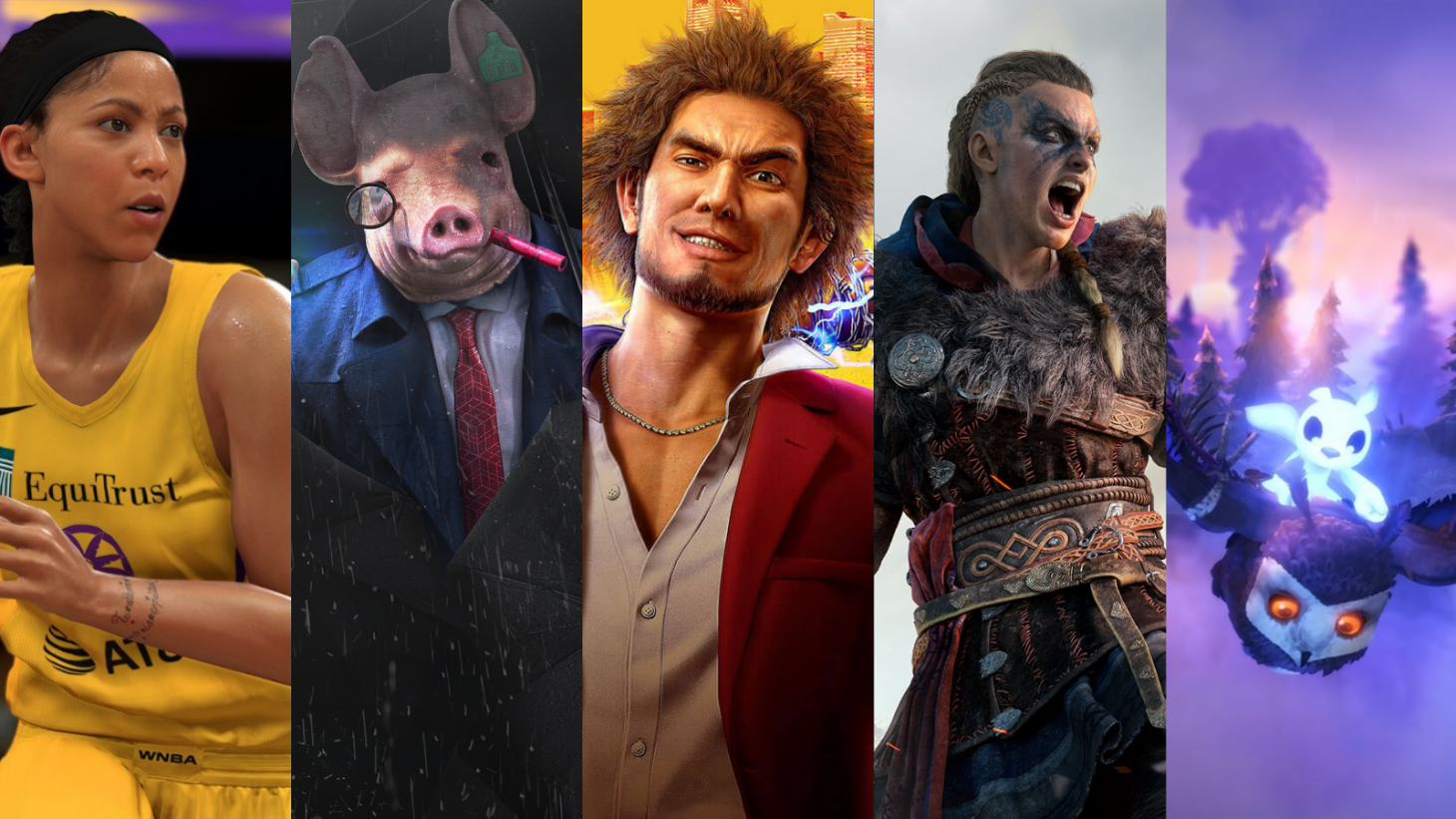 The Xbox Series X/S was released today, and if you were lucky enough to pre-order early or purchase one today, you might be wondering what games you should install first on your next-gen machine. Luckily for you, we've spent the last several weeks with the Series X/S, putting it through its paces and checking out its launch games. Here are the five best games we think you should play on your new Xbox on day one.

If you can ignore how absolutely monstrous the Vikings were in the past, then we recommend picking up Assassin's Creed Valhalla, the latest in Ubisoft's never-ending series. Our reviewer Joe Juba loved it so much that on top of giving it a 9.25, he said it was his new favorite entry in the series. High praise!

Valhalla is a big game. Because of that, the best place to play is obviously on the latest consoles, especially when it comes to the speedy load times and better graphics. Control protagonist Eivor as they encounter funny and interesting side-quests, deliver brutal Viking combat on foes, and even insult NPCs through rhyme in the Flyting minigame in this sprawling open-world epic.

For a variety of reasons, playing Watch Dogs: Legion on next-gen is the best way to experience Ubisoft's new technophobic shooter. Ray tracing and 4K make its open world London absolutely stunning, and the ability to quickly load into the game's massive open world is a definite plus.

Legion hangs its hat on its play-as-anyone technology, and when that system works, it's really something special. Amassing a crew of freaks and weirdos is a fun exercise in itself, but finding the best combination of traits to take on one of the game's many, many play-your-way missions make this one of the best Ubisoft open world games to date.

All your old games

As Brian Shea wrote in his review, nearly all your Xbox One games will work on Xbox Series X/S at launch, as will your library of Xbox 360 and original Xbox backward compatible games. So play those! There's definitely a novelty to buying the most powerful console on the market and using it to play games from 2008. We recommend playing Dead Space. That game's good.

Strikingly beautiful and devastatingly difficult, Ori and the Will of the Wisps might not be a triple-A powerhouse, but it easily one of the most beautiful games you can play on any platform. Join titular Ori for their second journey, traversing lush environments full of traps and monsters, all the while making grand getaways during spectacular setpiece moments. As Andrew Reiner wrote in his review earlier this year, Ori and the Will of the Wisps is a challenging and emotional journey, "filling your heart with joy one second and then crushing it the next." Now that journey will look and feel better than ever, with the ability to be played at 120 frames-per-second in 4K or 60 frames-per-second in 6K.

If you wanna see how good games can look on a new console, you really can't go wrong with the NBA 2K series. More dynamic crowds, better dribble animations, beads of sweat in glorious 4K; NBA 2K21's got it all.

When we reviewed 2K21 back in September on PlayStation 4 and Xbox One, we certainly weren't blown away by the game. As Kim Wallace wrote, it "is not a bad game, but it does not live up to the legacy [developer] Visual Concepts built." But there's no denying this game is a technical and graphical powerhouse with the next-gen upgrades. On top of all that, Visual Concepts is adding a lot of new content for the game's next gen release, such as the MyNBA mode, The City - the largest multiplayer environment in 2K history - and the ability to create your own WNBA players for the very first time.

Keep in mind: these games are all available on Xbox One. Times are tough out there right now with literally everything going on, so if you can't afford to buy an Xbox Series X/S, or just don't see the value in it on launch day, you can still play all these games on your Xbox One or Xbox One X/S. Sure, they won't load as quickly and won't have all the fancy amenities of the new-gen machines, but $60 is a much better value proposition than $500.

We've said it before and we'll say it again: There's never been a better time to be a Yakuza fan. If you've been wanting to jump into the beloved cult series but were intimidated by its sheer amount of games, Ryu ga Gotoku's latest crime drama, Yakuza: Like a Dragon, is the best place to start.

Starring the new protagonist Ichiban Kasuga, Like a Dragon rids itself of the series' previous story, telling a new tale about new people in a new city. The game also abandons the series' longtime brawler combat in favor of turn-based RPG gameplay, making it quite a different Yakuza experience than you might expect, but worthwhile nevertheless.

Like a Dragon adds all the new-gen bells and whistles you expect, running in 4K at 60 frames-per-second with lighting-quick load times. For more on the game, check out our review, where we said Like a Dragon "captures the essence of what came before while setting out on its own journey."

What games are you planning to play first on your Xbox Series X/S? Let us know in the comments below!