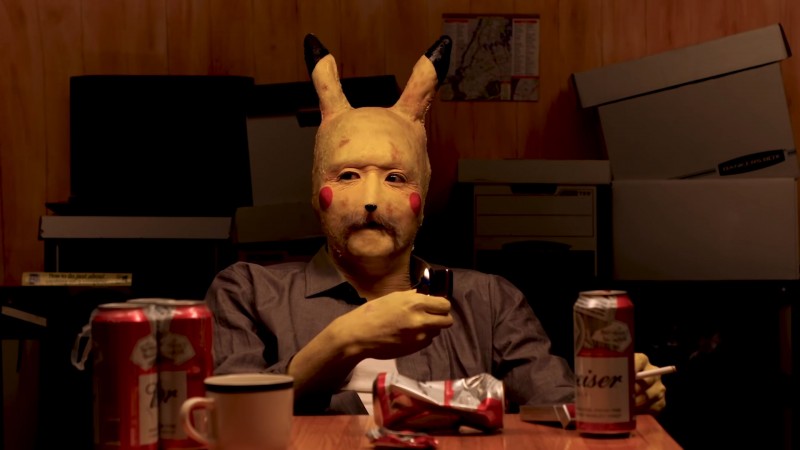 If you thought the trailers for Detective Pikachu didn't feature enough existential angst you're kind of a weirdo, but at least there's a trailer that should be more your style.

Youtube channel Sam and Bill Comedy in association with Bad Duck Media have produced a real trailer for a fake TV show that would turn the lovable electric rodent into a Rustin Cohle-type resembling something out of the Soulcalibur VI character creator. It's pretty well done, and while the visage of Pikachu as a real person will haunt my dreams long after my soul has departed from my body, I kind of want to see more this particular fever dream. Make it happen, HBO and The Pokémon Company!