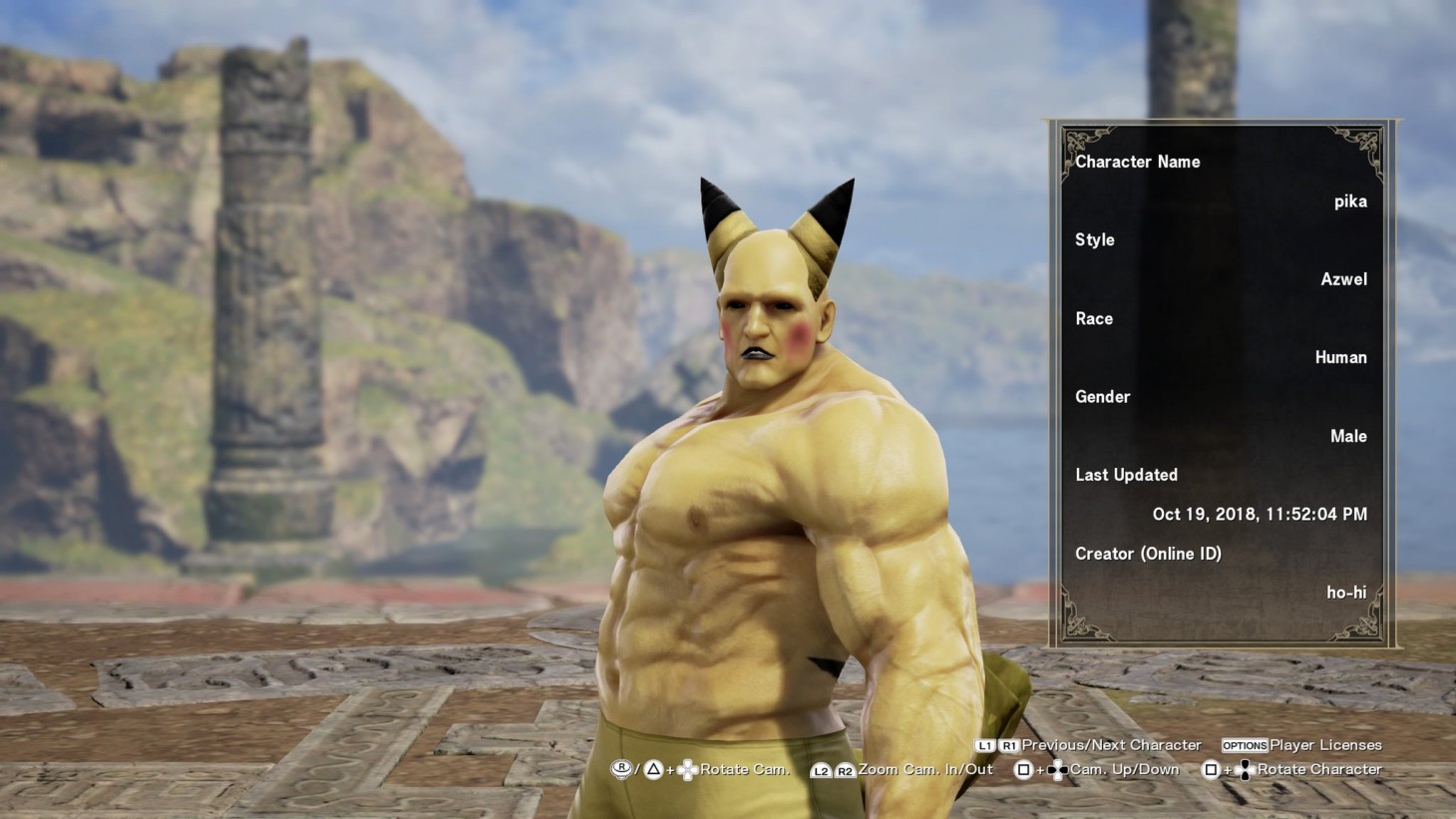 Soulcalibur VI released this week and not only is it a impressive fighting game, but an impressive way for fans to throw copyright laws to the wind and make some really weird, funny, and creepy fighters of their own. Although the game is only about a day old, players have really shown their creativity in spades, leaving us with some fine (and disturbing) creations along the way.

Here are the best ones we've found. And yes, I know about a particular creation with a, uh, obscene thing going on. No, I'm not going to post it here. Go find it yourself. And yes, it is very funny. But I like my job and want to keep it for the foreseeable future.

The way the Magikarp has to "come together" to really shine is just fantastic. Shoutouts to Spidey for finally using a weapon other than his webs.

Not only did @PocoQuinn give Carly Rae Jepsen the sword she so rightfully deserves, but she put her in the game!

I, uh, I guess that's kind of accurate, save for the head?

This is the live action rendering of Pikachu you've always wanted, right? Right.

Go up against this fighter and you're guaranteed to have a Bad Time.

It's like the Street Fighter EX series never left!

Well of course this was going to happen. If you're interested in learning how make these characters, check out Dualshockers' full guide here.

You're gonna want to "praise the sun" you don't "catch these hands." How are all the other fellow kids out there doing?

You don't want to know what that thing's packing under that pipe.

I'm just going to leave this here. Just in case.

With who needs a gauntlet when you have a bunch of ethereal weapons? There's also  [SPOILERS] this fun nugget, courtesy of Reddit user Schiltrus.

No guns are allowed in Soulcalibur VI's fights, unfortunately, but Demoman can talk to Taki about getting some explosives.

The addition of Grøh to the cast finally has some use in giving Pit his iconic split weapon.

It's nice to see the pride of Onomichi branching out after realizing he can actually whoop some ass.

"I feel like Soulcalibur matches are just a series of unrelated wacky adventures."

It's good to know Jump Force 2 is already in development.

Unfortunately Soulcalibur VI's creation tools don't allow for the zippers and chains necessary to truly render Sora in all his glory, but this is a great attempt.

I can't believe Marvel leaked the ending of the next Avengers film!

A good day for a swell ring-out!

Of the dozens of versions of her I've seen so far, this is probably the best one?

With another 2B as a bonus!

For more on all the other parts of Soulcalibur VI, check out our review.