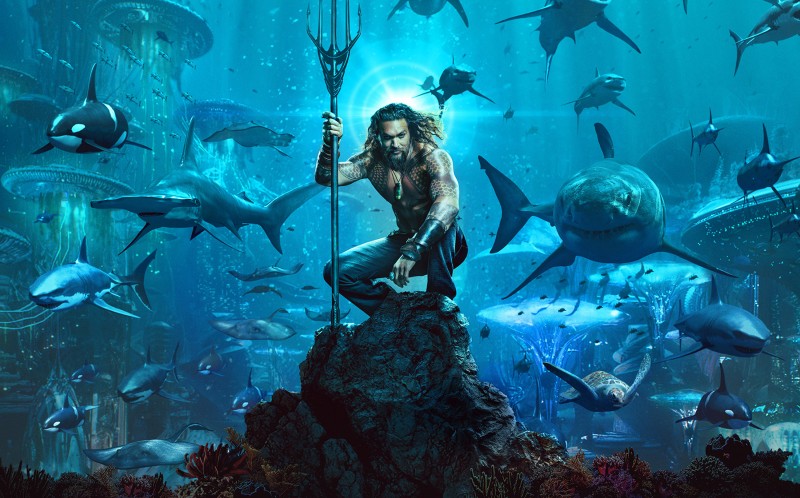 Warner Bros. Pictures teased that something would arrive today, and it turned out to be a 5-minute-long extended trailer for Aquaman. The new footage highlights more of the film’s story, humor, and new take on Aquaman’s familiar look.

The last trailer hinted that DC comics was determined to lighten up its darker superhero universe with some funny quips from Aquaman’s leading man, Jason Momoa. This new extended trailer takes that a step further. In one expanded scene, Mera and Aquaman’s alter ego Arthur Curry discover Atlantean ruins in the middle of the Sahara Desert and, despite the epic swell of the music, their artifact fails to do...well, anything.

With some computer-generated magic, Mera coaxes water, the missing key to unlocking the artifacts powers, from Arthur’s brow. Miffed at the extra effort, Arthur humorously protests that he “could have just peed on it.” But this extended look wasn’t all laughs. A theme rippled throughout the action shots and dramatic moments: Arthur Curry must accept his fate, unite land and sea, and become a hero.

Cue Aquaman, emerging from a waterfall with a gleaming gold chest plate, green aquadynamic accessories, and powerful trident in hand. While Momoa’s Aquaman has looked more surfer in the past, he will be getting his traditional Atlantean regalia in his stand-alone film, and it looks amazing.

Aquaman will be in theaters staring December 21. For more information, here’s more on what you can expect from the movie.