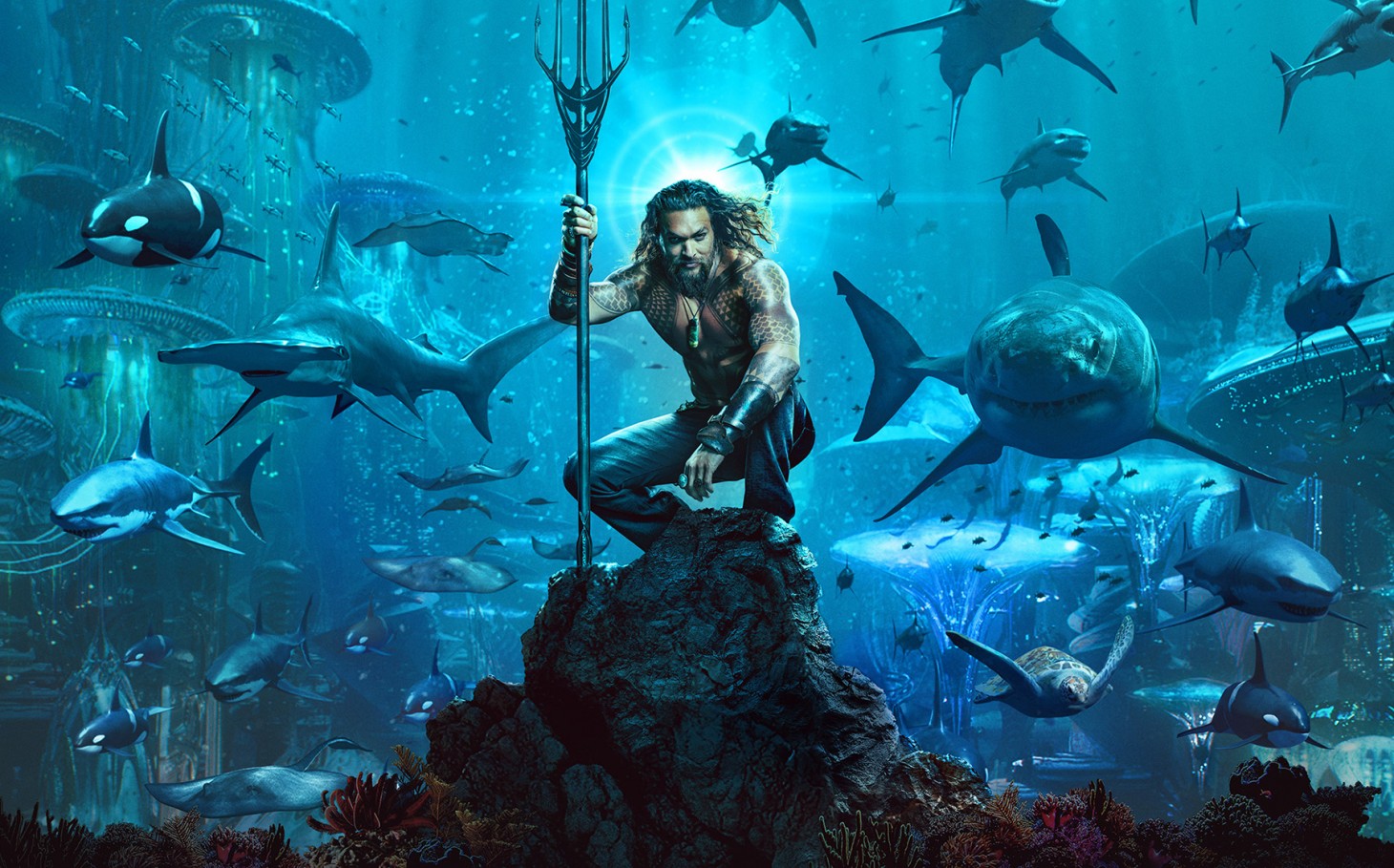 Here's What You Can Expect From The Upcoming Aquaman Movie

One by one, the members of the Justice League are getting their own standalone movies. That means Aquaman gets one too. On December 21, you are invited to travel to Atlantis (which is apparently a society overrun by sharks, if the teaser image tells any kind of story) to witness Arthur Curry's return. Warner Bros. Pictures today released the first official description for the film on a new Aquaman website:

"From Warner Bros. Pictures and director James Wan comes an action-packed adventure that spans the vast, visually breathtaking underwater world of the seven seas, "Aquaman", starring Jason Momoa in the title role. The film reveals the origin story of half-human, half-Atlantean Arthur Curry and takes him on the journey of his lifetime — one that will not only force him to face who he really is, but to discover if he is worthy of who he was born to be … a king."

The always-great Jason Momoa reprises his role as Curry, and is joined by Amber Heard as Mera, Patrick Wilson as Orm the Ocean Master, Dolph Lundgren as Nereus, and Willem Dafoe as Vulko. We're also going to meet Curry's parents. Nicole Kidman is his mom Atlanna, and the mold used for Boba Fett, Temuera Morrison, is his dad Tom. The arrival of a website usually means a trailer is imminent. Through Twitter, director James Wan revealed we'll see it this Saturday.