How Milestones And Mods Are Changing In Destiny 2: Forsaken

Although Forsaken promises to give Destiny 2 players plenty of new things to do (a new campaign, two new destinations, the new Gambit mode), it’s also making big changes to some of the things already on offer. This September, fans will find two major aspects have been altered: Milestones, which will become more plentiful and fluid, and mods, which will hopefully become a more meaningful way to customize your gear.

We spoke to Destiny 2 game director Steve Cotton about both of these changes, and he shed plenty of light on how players can expect to change up their guns and weekly schedule around the new mods and milestones in Forsaken.

From Milestones To Challenges

One of the most prominent changes from the original Destiny to Destiny 2 is the increased focus on weekly milestones. At the start of each week in Destiny 2, you get a fresh new slate of milestones which offer “powerful” loot – the only kind that can increase your power level in the lategame.

Although this system makes it easy to see what you should do to increase your power, it also has its flaws. Milestones currently have you heading to the same activities to accomplish the same tasks every week. And once you complete these weekly milestones, you don’t have too many other ways of leveling up. Iron Banner and Faction Rally events, catalysts, and other activities offer other objectives to chase, but it’s hard not to feel discouraged from playing after a certain point every week, which isn’t exactly what you want out of a “hobby” game.

When the Forsaken launches, hardcore players will have much more on their plates. Rather than a set number of milestones, what you do in a given week will vary. While raids and raid lairs will still offer their regular powerful rewards once per week, other milestones will change to a four-day cycle. “All the Destiny 2 milestones will be there, but they will be advertised and tracked in a different way,” Cotton says. The tab will now only show critical-path objectives, like story mode and DLC completion, quest steps, and legacy milestones from the base game (such as quests for exotic weapons like the MIDA Multi-Tool). 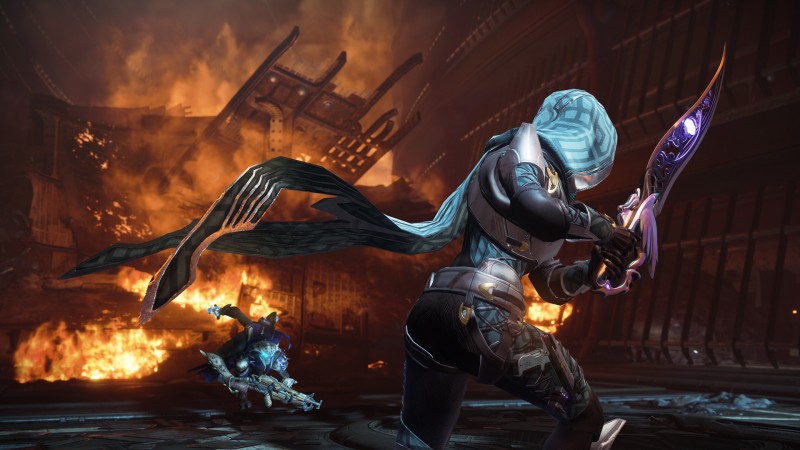 Instead of checking a tab to see your task list, you’ll now find the director lighting up and pointing you to individual locations and activity destinations (like the Vanguard and Crucible screens), which will show you how to earn powerful loot. “The best way to think about this is that there will be several different ways to go out in the world and get more powerful,” Cotton says.

Second, some terminology is changing. Milestones are now challenges, and what Destiny 2 currently calls challenges (objectives that offer tokens for their completion) will be absorbed into the new bounty system. Along with the usual powerful reward checklist from the base game (for completing the weekly Flashpoint, Strike, Crucible, Nightfall, Clan, and Raid challenges), there will be new weekly challenges for bounties, Gambit, Heroic story missions, and the Dreaming City’s new public event. And, when it's time for an Iron Banner or Faction Rally event, those will also add to the list of challenges for that week.

If you don't have time to log in every day, don't worry – daily challenges will wait for you. If you miss daily challenges, they'll stockpile until you have four saved up right before the next four-day reset. "If you wait longer than four days, you will miss the reset but the next time you log on there will be four daily challenges available to you," Cotton says. "If you do one or more the next day, if one of the ones you did is the daily reset, a new one will pop (on a schedule), and so on." 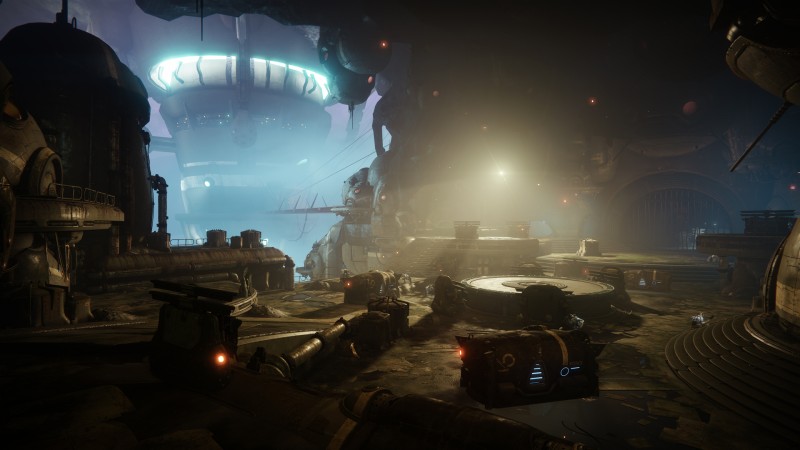 Bounties will also offer additional ways to get more powerful. As we mentioned earlier this month, the bounty system will offer small quests for players of varying power levels to accomplish, and some will offer powerful loot. Not all bounties will, but each bounty will clearly display its reward, letting you know which ones to pick up if you’re only looking for powerful rewards.

There will also be several hidden challenges to look for, ones not highlighted by the director and which observant players will have to find for themselves, scattered across several activities. This should bring back some of the mystery fans have been looking for since the launch of Destiny 2; not only will you have a more extensive checklist of things to get more powerful, but exploring the world for secrets might also prove useful.

All of these new ways to earn powerful loot should offer reasons for players to keep playing much more regularly. “The intent is that you will always have something to go after,” Cotton says. This, on top of the new triumphs system, collections, and regular events already on the Destiny 2 calendar, should give players lots to do as they make the climb to the 600 power cap and suss out all of Forsaken's secrets. 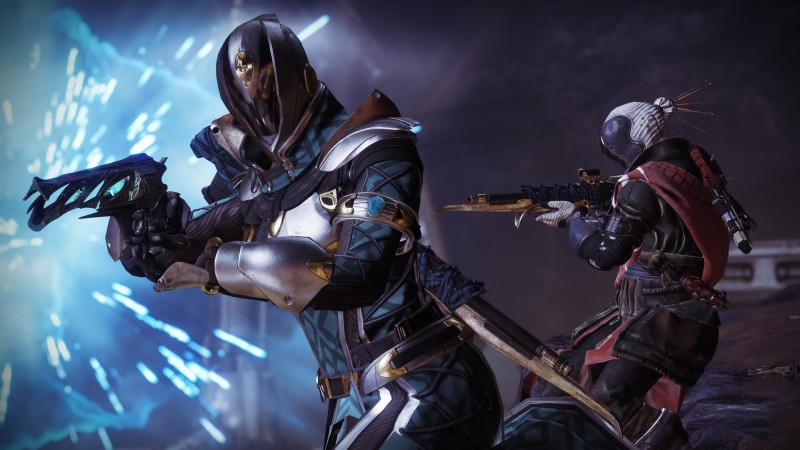 Another aspect of Destiny 2 that’s being reworked are mods. Before, they offered a way for each weapon and piece of armor to differentiate itself, and legendary mods offered a small boost in power, making them the only way to reach the power cap. As players sunk their teeth into the game, however, they found most mods weren’t all that different, and often, felt more like a requirement than a fun tool (see: legendary kinetic mods, which only offered five-point power boost for kinetic weapons).

With Forsaken, mods will hopefully be useful enough that you’ll want to equip them, not have to. For one, mods will no longer offer a power boost, which means you won’t have a pressing need to equip a mod just to slightly increase your power. This means a couple of things: First, at Forsaken’s launch, only legendary mods will be available (no more combining rare mods!).

Second, it means a bit of house-cleaning. With your current mods becoming obsolete, you’ll have to make a quick run to the Gunsmith, who will take your old mods and trade them for components to make new ones. This does come with a slight downside: Because all mods are now designed to be more expressive, energy and heavy weapon mods will no longer act as a way to change the element of a given weapon.

These new mods will be less about cooldown reductions and more about changes you’ll notice right away. A few mods Cotton was able to reveal to us were Icarus Grip (which improves your weapon’s accuracy while airborne), Radar Tuner (which decreases the time it takes for your radar to return after you’re done aiming your weapon), and Targeting Adjuster (which grants your weapon better target acquisition). 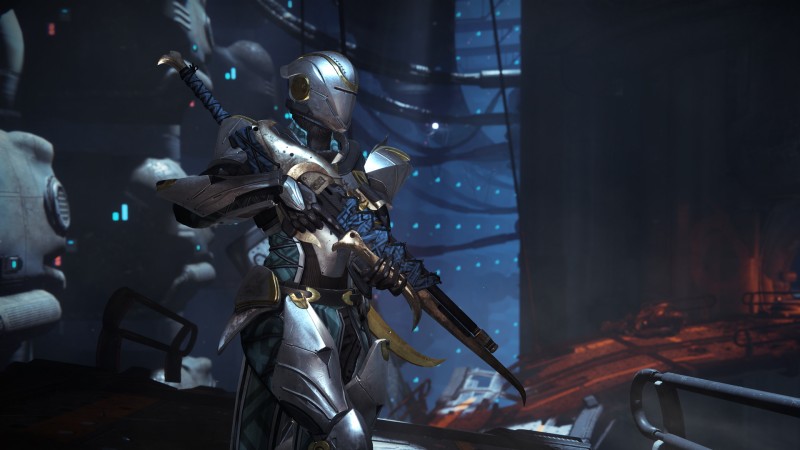 According to Cotton, bonuses like these will make mods more impactful overall. As a counterweight, mods will also be harder to acquire, but when you get one you like, it should feel like you’re making a weapon your own. “Ideally they aren’t something that you are swapping in and out regularly,” says Cotton. “[They’re] more something you use to put the finishing touches on your favorite weapons and armor.”

These changes also apply to raid weapons, which will use the same mod system, but also have access to unique raid mods. And while raid mods for the new raid that will follow Forsaken’s launch will be tailored to that specific raid, “there’s nothing stopping us from sneaking in some more universal raid mods in the future,” Cotton says.

While new content is always great to see, it’s the fundamental underpinnings of a game like Destiny 2 that can mean the difference between checking in with it every once in a while and having it regular rotation. With these sweeping changes to both milestones and mods, Cotton and the rest of the team at Bungie hope to move Destiny 2 further into the latter by always giving players something new to do, and making their choice of weapon and mod matter more than ever.

For more on Destiny 2: Forsaken, such as a look at a match of the new Breakthrough mode and your community questions answered, click on the banner below to see all of our Destiny 2 content, and check back throughout the month for more coverage.