How Destiny 2: Forsaken's Outlaws Breathe New Life Into Its Worlds

Right now, Destiny 2’s destinations feel like beautiful but uncoordinated spaces. Drop onto any of the available planets (or moon) to complete the weekly Flashpoint milestone, and you’re left to run a handful of public events (or kill defenders and conquerors, on Mercury) to fill up a meter and get your Powerful Engram for the week. Meanwhile Lost Sectors, miniature dungeons tucked away in various corners of Destiny 2’s worlds, offer little reward for their completion, as do patrols.

Bungie hopes to alleviate these issues with Forsaken by incorporating more activities into the Flashpoint milestone, as well as giving players new targets to chase (or more accurately, hunt). While Bungie is still working on the specific details of these changes, their current state should offer a glimpse into how different your experience on Destiny 2's many beautiful locales might change once Forsaken hits this September. 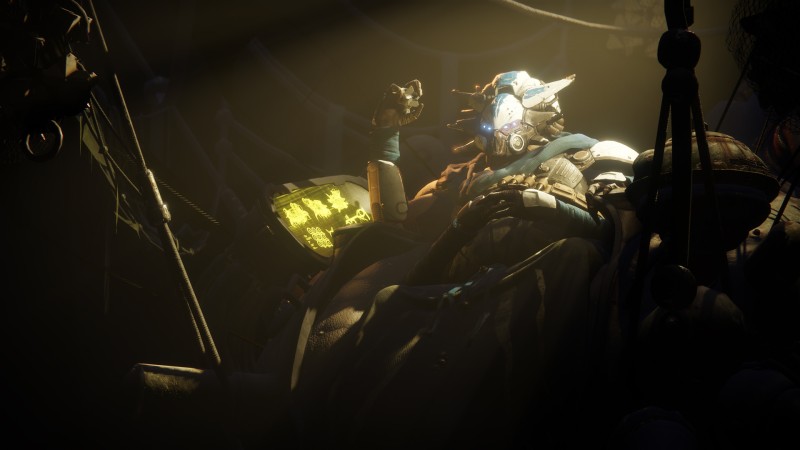 The week Forsaken launches, players will find the Flashpoint milestone works a little differently. Rather than simply wait for the distinct blue icon to start filling with orange on their map as they hop between public events, players will also be able to venture into Lost Sectors and complete patrols while they wait to earn completion percentage for the Flashpoint milestone.

But making pre-existing activities more enticing is just the start. Players will also find themselves on the hunt for many of the outlaws who have escaped from the Prison of Elders as they explore, even after the end of Forsaken's campaign. These criminals have managed to worm their way across every destination in Destiny 2, and can be found in nearly every activity. They can appear as part of a public event, as high-value targets roaming any world, mini-bosses in Strikes, during Gambit matches, and as more difficult bosses in several of the currently available Lost Sectors, replacing the boss currently placed there (though this does mean anyone playing through the campaign for the first time won't be able to take them on right away anymore).

While the new triumphs and collection screen will help you keep track of which outlaws you've slain, The Spider will give you reasons to care about hunting them. A Fallen leader allied with The Last City, The Spider has a personal interest in these outlaws, and will offer bounties to undertake that will offer a hint as to an outlaw's location. These bounties will cost you, but pay handsomely if you complete them. Not all outlaws are created equal, however, and the Spider knows only certain Guardians will have what it takes to hunt down certain targets. As such, The Spider offers four tiers of bounties for players to take on, each catered to varying power levels.

While the first three tiers will have you travel across each location to perform a variety of tasks, the final tier will have you undertake a new kind of activity: The Outlaw Lost Sector. 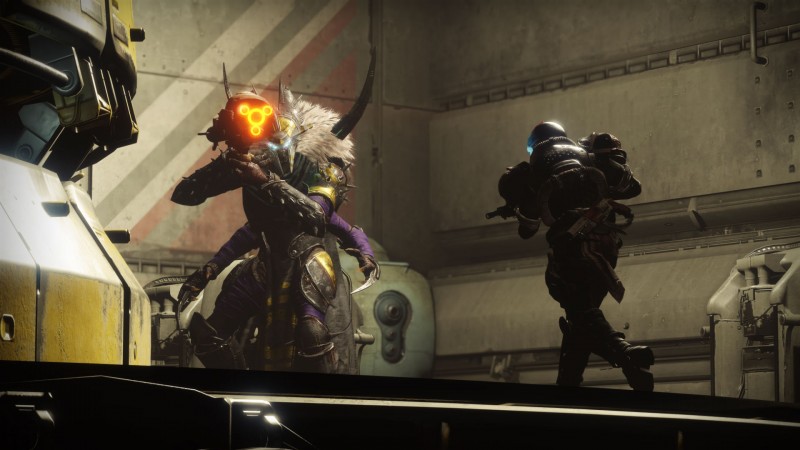 Taking On An Outlaw Lost Sector

In addition to some of the newly powered-up Lost Sector bosses, Outlaw Lost Sectors will offer an additional challenge. After you agree to take on the highest tier of bounty from The Spider (which most Guardians won't be strong enough to tackle until long after they've finished the initial campaign), you will activate an objective to track down one of the most powerful outlaws who have escaped from the Prison of Elders. Once you find the right location, you'll have to fight through a much more difficult version of that Lost Sector, including one brand-new boss encounter with an outlaw per destination (excluding the Tangled Shore and Dreaming City, for a total of six new boss encounters across all locations).

We were able to play through two different Outlaw Lost Sectors during our time at Bungie, and found them both pretty challenging. The first, on Earth’s European Dead Zone, involves a trek to hunt down the Wanted Silent Fang. Unfortunately, while making our way through the Sector and clearing enemies, we find a few barriers in our way. As we clear out enemies, Exploder Shanks drop bombs, which we can use to break through them. Upon reaching the lair of the Silent Fang, we find he’s also protected by an invulnerable barrier.

We also notice a few machines tucked away around the small, cavernous arena, also glowing white with impenetrable barriers. Taking what we learned earlier about bombs and barriers, we chuck bombs dropped from Exploder Shanks at the machines, which drops Silent Fang’s shield, allowing us to deal damage. We had to cycle through this loop three times to defeat him the first time we fought him.

This encounter felt like a miniature strike, with tough enemies forcing our fireteam to think critically about how we approached the encounter (something typically lacking in Public Events and Lost Sectors) On our second encounter with this same boss, we had only two members in our fireteam, and while we fought valiantly, we weren’t able to complete it. Judging by the small cheers from the team that erupted when we finally failed, it’s clear Bungie wants these encounters to test players.

The encounter isn’t as tough as the previous one, but it does feel substantial in a way public events often aren’t. The ogre’s a health sponge (as expected), and being flanked on all sides by thrall and later pinned down by a Shrieker, our fireteam needs just enough positioning and meter awareness that we can’t tune out during the encounter. The Summoner isn’t as beefy as his ogre, but he packs quite a punch, and can put you down quickly if you’re not careful.

Outlaw Lost Sectors aren’t Forsaken’s most tumultuous change, but as part of a wider breadth of changes, including the changes to the Flashpoint milestone and the addition of random outlaws and their bounties, should accomplish their goal: Making Destiny 2's beautiful locations more lively, while also offering a way for players to meaningfully mark their progress before making their way to some of the expansion's higher-end activities.

For more on Destiny 2: Forsaken, such as an in-depth look at the Cerberus +1 exotic Auto Rifle shown off in this video, an overview of the new supers and their respective subclass branches, and a look at the Tangled Shore, make sure to click the banner below. Check back for more coverage throughout the month.