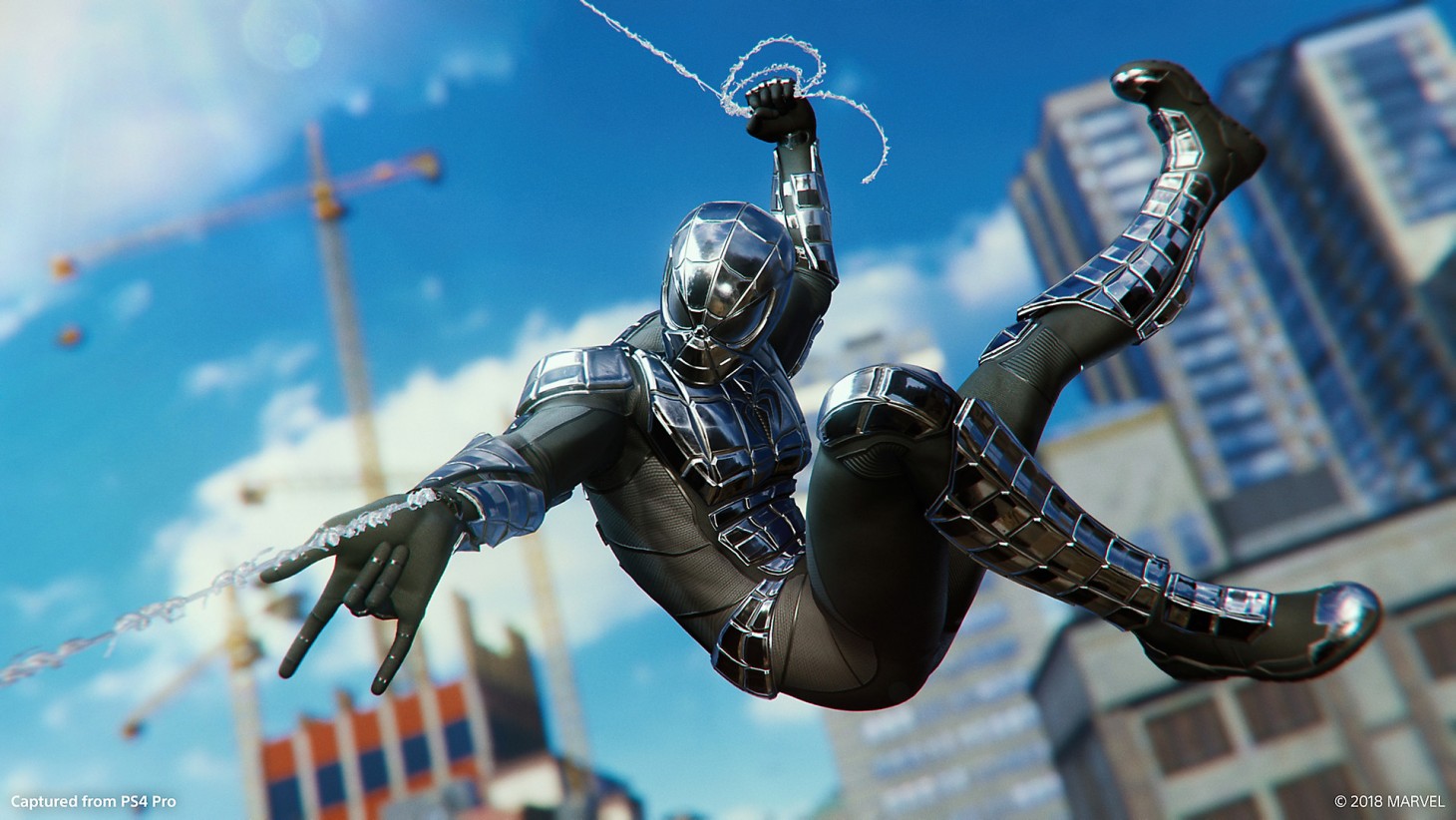 Insomniac’s Spider-Man is being talked about as game of the year for many, so any excuse to play more is a good one. Fortunately, Insomniac has given us plenty of reasons to keep playing, with a series of DLC packs spaced only a month apart.

The second set of DLC, Turf Wars, picks up right where The Heist left off. When Hammerhead – an old fashioned gangster with a metal head – makes a play to become the city’s new crime boss, Spider-Man swings into action to save the day.

Fortunately, this DLC is full of good moments and interesting twists. The dialogue and the narrative maintain the level of quality on par with the base game, and I like how Insomniac plays with the power dynamics between Spider-Man and police captain Yuri Watanabe, as Yuri wrestled with how far she’s willing to go to take down New York’s dastardly villains. Oddly enough, much of the story feels standalone, so you don’t need to play The Heist (or even finish the main game) to play this, but I’d still recommend doing so.

Spider-Man’s action will also be familiar to anyone who’s already played the base game. While Insomniac added a few new suits to unlock, there are no new powers or equipment to mess around with. One new enemy type is thrown into the mix – a shield grunt who dashes forward leaving behind a trail of fire. This new enemy is incredibly deadly, but I liked how he kept me on my toes and added something new to the mix.

Much like The Heist, Turf Wars features a high level of polish and a good mix of mission objectives. I loved using Spider-Man’s spiderbot to sneak through a bar and eavesdrop on conversations just as much as I enjoyed the high-flying aerial battles and breakneck car chases. The only thing missing from this DLC pack is the explosive set-piece action sequences that made the main game so bombastic. In their place, Insomniac seems to have ratcheted up the difficulty, so every gang battle has a white-knuckled sense of danger. Fortunately, I love the combat system so much that I didn’t mind the extra challenge, but it does seem unnecessary.

In addition to the story missions, Turf Wars adds more random crimes and Screwball challenges, which no one was really asking for. Sadly, the new crimes aren’t much different from the standard street fights we’ve had a million times already. The Screwball challenges are another mix of races and stealth sequences (similar to the Taskmaster challenges from the base game), but they were the weakest part of the original game, so I was a little disappointed to see more of them.

Overall, Turf Wars maintains the level of quality that we come to expect from Insomniac, and provides Spider-Nuts with a good excuse to play more Spider-Man. I look forward to seeing how Insomniac finishes off this trilogy of DLC packs almost as much as I look forward to a proper sequel.