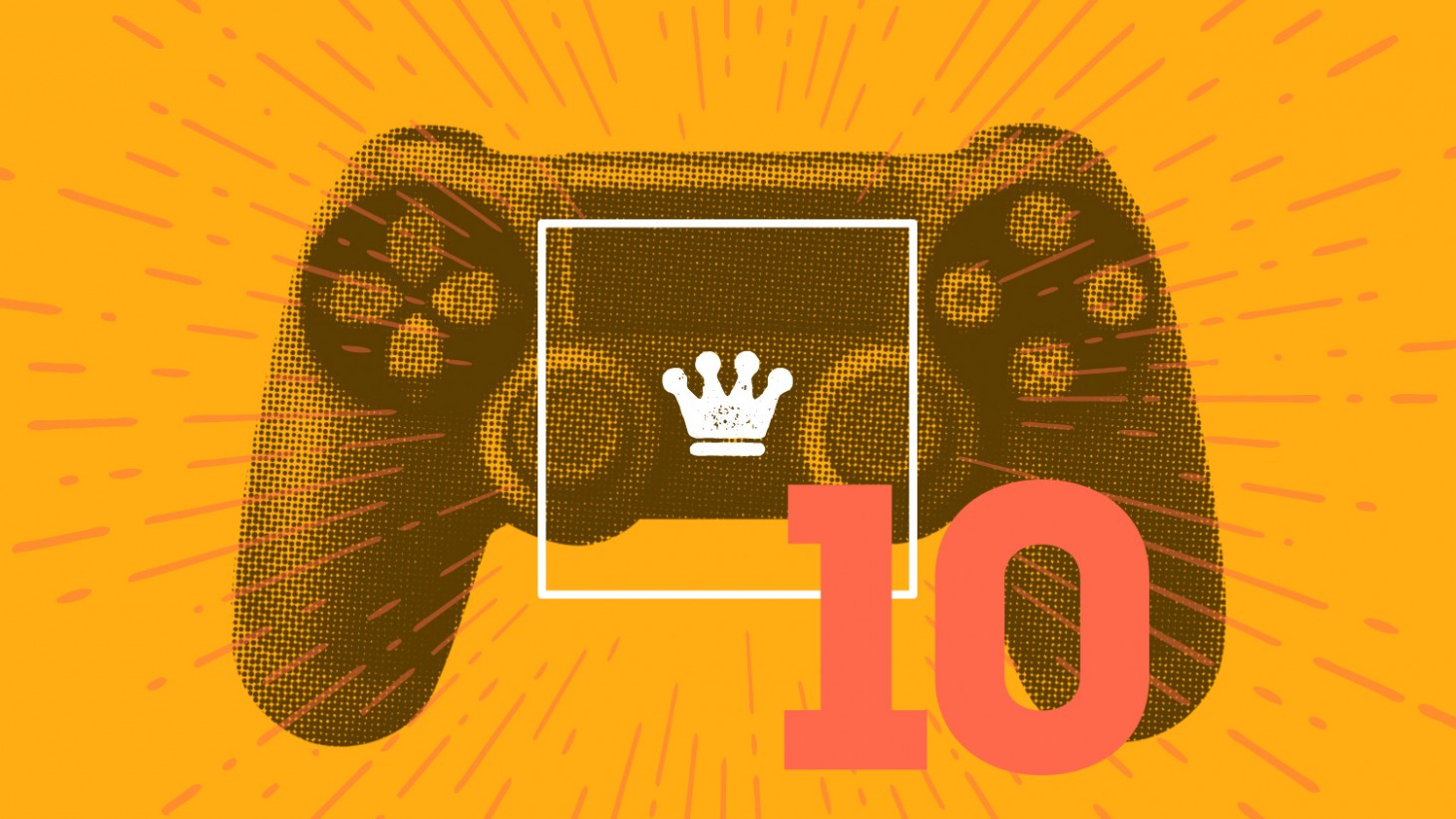 The Top 10 Games On PlayStation 4

The PlayStation 4 got off to an early lead this generation, and a steady stream of exceptional first-party exclusives, complemented by robust third-party support, has kept it that way. Whether you just picked up a PS4 or have owned one since launch, we’re rounding up the best experiences you don’t want to miss in this continually updated feature.

Please note that while the list below contains 10 entries, we aren’t actually ranking them. If a game has made it this far (and managed to stay here), it’s a must-play, period. As such, we’ll be listing entries in reverse chronological order. Also, you’ll find a rundown of previous entries at the bottom of the list. While those titles have gotten bumped over time, they are still all great games in their own right and worth exploring if you’re already caught up on the latest hits.

Here are Game Informer’s picks for the top 10 games on the PlayStation 4.

So many video games task players with overcoming seemingly insurmountable odds, but Ghost of Tsushima takes it to the next level. Players assume the role of Jin Sakai, a samurai on a mission to protect and restore his home of Tsushima Island after the overwhelming Mongol invasion of Japan. Inarguably among the most gorgeous games available today, Ghost of Tsushima's appeal is more than skin deep, featuring stellar combat and rewarding exploration. The package is tied together thanks to a superb narrative consisting of Jin struggling to reconcile his identity as a devoted and honorable samurai with the less-than-honorable path he must walk to save his home. Ghost of Tsushima isn't just one of the best and most beautiful games on the PlayStation 4, it's among the best open-world games we've ever experienced.

The Last of Us was a defining title of the last generation, and Naughty Dog’s sequel continues to push boundaries and set new standards for storytelling. The Last of Us Part II is a revenge tale on its surface, but its deeper themes revolve around love, empathy, and perspective – all reinforced by tense gameplay and phenomenal performances from the cast. As the story of Ellie and Joel unfolds, players move through an intricately detailed world and survive harrowing situations that impart a tangible sense of helplessness and desperation. You may not agree with all of your character’s brutal choices, but even through the gunplay and violence, the journey ultimately is more about challenging your heart than your reflexes.

The original release of Persona 5 had enough depth, strategy, and story to keep players busy for 100+ hours. This expanded version of the stylish, turn-based RPG takes all that even further. Everything that made the first iteration great remains, but Persona 5 Royal also adds new characters, story threads, and mechanics to make the experience even more robust. Whether you’re acquiring and fusing new Personas, bonding with your fellow classmates, or just enjoying a night out in Tokyo, Persona 5 Royal sucks you into its world and keeps you entertained for the long haul.

We waited years for another rodeo in Rockstar’s open-world western series, but the results were worth it. Simply put, Red Dead Redemption II delivers the most immersive and meticulously detailed world the video game industry has seen yet. While not technically a role-playing game, Red Dead Redemption II's level of freedom and player agency allows you to completely lose yourself in the life of a frontiersman, whether you spend your days robbing trains and stagecoaches, or hunting and fishing on the outskirts of society. Arthur Morgan, along with Red Dead’s vast array of supporting characters, is brought to life by stellar performances and the unprecedented interactivity you have with them – from greeting strangers in the road and goading poker players into fights, to bonding over a campfire with your fellow outlaws. It’s not hyperbole to say Red Dead Redemption II is a generation-defining game that you shouldn’t miss.

Just months after Kratos axed his way to accolades, Sony had another exclusive hit on its hands. Spidey’s latest adventure sets a new high bar for open-world superheroes, thanks to a gorgeous recreation of NYC and fast and fluid combat. Insomniac did right by longtime comic book fans by including tons of nods to Spider-Man’s history, while also weaving its own compelling story and interesting takes on familiar characters. While some of the side activities became a bit repetitive, Spider-Man delivered dozens of hours of high-flying, web-slinging action that we won’t forget anytime soon.

The video game industry has come a long way since God of War’s deity-beheading, vase-bumping antics, but thankfully so has Kratos. Santa Monica Studio’s reinvention of the series makes daring changes to virtually every aspect of God of War, from the new camera perspective to the more deliberate and tactical combat. The biggest change, however, lies with Kratos himself and his new role as father and guardian to Atreus. The duo’s relationship casts God of War in a whole different light and allows Santa Monica Studio to weave a mature and thoughtful story that stands among the best this generation has to offer. Thanks to Kratos’ continued penchant for slaughtering any creature that stands in his way, the new God of War still offers plenty of excitement as well, along with the most visually arresting battles to date.

Guerilla Games has been supplying Sony with solid shooters since the PS2 days, but the developer’s decision to ditch Killzone for an open-world robot apocalypse changed everything. Horizon Zero Dawn has proven to be one of the best new IPs of this generation, introducing players to an exciting fusion of futuristic technology and prehistoric warfare. The intense combat, intelligently designed robot enemies, and gorgeous open-world vistas are just a few of the reasons pick up Horizon, while the multilayered mysteries at the heart of Aloy’s journey make it hard to put down.

Nathan Drake has served the PlayStation brand well over the years, and his final adventure proves to be his best. Not only does Uncharted 4 feature the biggest environments and most bombastic set-piece moments of the series, but it also offers the most mature and nuanced storytelling, delving into Nathan’s childhood and relationship with his estranged brother Sam. As riveting as Uncharted 4’s crumbling clocktower and motorcycle chase sequences are, the quiet character moments with Elena steal the show, and build to a touching finale worthy of one of Sony’s biggest franchises.

The Witcher 3 still remains the shining example of what we hope is the future of open-world RPGs: a massive, fully realized world to explore, expertly crafted and multidimensional characters, and intriguing choices that ripple throughout the dozens and dozens of hours of gameplay. The hefty Blood and Wine expansion spoiled us with even more fantastic content, but even years after release we look back fondly on our adventures with Geralt. If you’re looking for the best the RPG genre has to offer, The Witcher 3 delivers.

Nowadays there’s no shortage of games inspired by From Software’s notoriously difficult Dark Souls series, but the developer’s own Sony-exclusive spinoff remains our favorite of the bunch. Bloodborne’s livelier action and Lovecraftian horror combine to create a captivating and dread-inducing world to explore. True to its roots, Bloodborne’s combat remains as unforgiving and supremely satisfying as ever, requiring you to master the intricacies of your loadout and your enemies' patterns if you hope to survive. Bloodborne’s high degree of difficulty may not be for everyone, but if you are ready to “git gud,” this is the place to start.

The games bumped off of the list in recent updates are: Overwatch, Monster Hunter World, Grand Theft Auto V, Diablo III, Dishonored 2, The Last of Us Remastered, Metal Gear Solid V: The Phantom Pain, Destiny, Dragon Age: Inquisition, The Witness, Fallout 4, Axiom Verge, Batman: Arkham Knight, and Middle-earth: Shadow of Mordor. They’re all still great games, so give them a try, too!